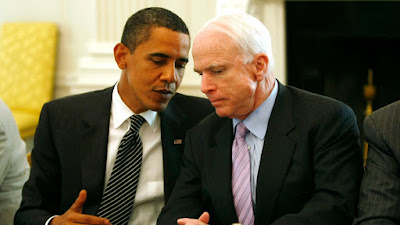 Remember John, after we're both gone, we'll always have ISIS

When this poor orphan girl noted in the attacks upon Americans and Dutch Protestants in Sri Lanka, that these attacks were coordinated, had sophisticated equipment and training (the bombs all went off and none blew up before the event), my attention was captured as I knew this was connected to a real government.

And when I discovered that no one knows who in the hell National Thowheed Jamath is, and this huge operation was caused by some "splinter group", I knew the world was being fed propaganda, to hide what was really taking place.

What follows is another Lame Cherry exclusive in matter anti matter in connecting the dots.

The first revelation is that NTJ is ISIS.

ISIS has been proven to have originated out of Iraq as an American Khan alternative to al Qaeda under Barack Hussein Obama, whereby under John the hero McCain, ISIS became the fictional entity fighting in Syria's Civil War, where it became McCain's weapon of state as McCain's faction hijacked Obama foreign policy as Obama was too "wed" to Putin and McCain in his Russophobia, created a Kurdish clan to steal oil from Iraq and Syria, which was laundered into Turkey and the money flowed into US election campaigns and provided another slush fund for CIA off the books operations. 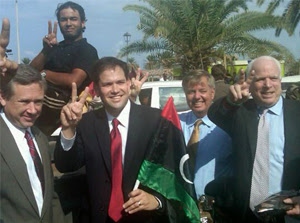 Who are National Thowheed Jamath? 'ISIS branch' blamed for ...

So this should start becoming uncomfortable in Muslim terror attacks in Sri Lanka, when you have the information which has been proven, that when Hillary Clinton and Barack Obama, assassinated Colonel Khadaffi of Libya, one of the by products was Libyan arms flowing into Turkey, which was laundering ISIS  oil, and arming ISIS with these arms.

We know for a fact that Obama and John Brennan's CIA was illegally training ISIS in Jordan, into a munificently perfected terror squad.


Sri Lankan President Maithripala Sirisena's office said intelligence reports indicated foreign terrorist organisations were behind Sri Lankan militants.
He he would seek “international assistance” in the investigation. Interpol announced it was joining the probe.
Rohan Gunaratna, a Singapore-based security expert, said the Sri Lankan group was the ISIS branch in Sri Lanka and perpetrators were known to have links to Sri Lankans who travelled to the Middle East to join the terror group in Syria and Iraq

We also know for certain due to the writings of Canadian Jewish Mosaad Katsa, that the Mosaad trained by both the Sri Lankan security forces and the Tamil Tigers in the north, and armed both groups as it was good for Jewish finances in the 1980's. That created a 26 year civil war, which recently stopped, but now in 2019 AD in the year of our Lord, there appears a shadowy, well trained, terrorist group in Sri Lanka, blowing up Americans and Dutch Protestant Christians.


Sri Lanka only recently recovered from a brutal 26-year civil war between the predominately Buddhist Sinhalese majority and mostly Hindu Tamil minority. The long-running conflict killed more than 100,000 people before former strongman Mahinda Rajapaksa launched a final assault on the group in 2009.
Since the war ended, Buddhist extremists have occasionally led attacks against Muslims in Sri Lanka. The most recent flare up was in March 2018 in Kandy and was widely viewed as fueled by Facebook posts that urged deadly violence against Muslims.


Dimes to Dollars and Jews to Shekels, the terrorists in Sri Lanka were the recipients of the Obama McCain Mosaad specialized training. To the point, the Americans tend not to be bomb detonators, but the Mosaad has a preference for that final solution.

https://www.globalresearch.ca/u-s-trained-isis-at-secret-jordan-base/5387532
JERUSALEM - Members of the Islamic State of Iraq and the Levant, or ISIS, were trained in 2012 by U.S. instructors working at a secret base in Jordan, according to informed Jordanian officials.

https://www.infowars.com/blowback-u-s-trained-isis-at-secret-jordan-base/
Members of the Islamic State of Iraq and the Levant, or ISIS, were trained in 2012 by U.S. instructors working at a secret base in Jordan, according to informed Jordanian officials.

For those who think that the Jews could not be training their mortal enemies in the Muslims.Remember the reality that Mosaad  and the IDF were not only training ISIS on the Golan which just was given to them by Donald Trump, but was paying them 5000 a month, was treating the ISIS wounded and protecting ISIS in the Knights of the Golan, as this was  Tel Aviv's Muslim army to leverage President Assad, who has had all of his oil and gas confiscated by Tel Aviv and DC which was liberated from Damascus by ISIS.

www.awdnews.com/index/israel-exposed-secretly-paying-isis-terrorists-protect-rothschild-murdoch-oil/
"Israel stood by our side in a heroic way," asserted Moatasem al-Golani, spokesman for Fursan al-Joulan, or the Knights of the Golan, to the Wall Street Journal, adding the group of around 400 fighters receives $5,000 each month from the Israeli government — effectively ensuring its existence.

I can tell you what this looks like in the history of this again. Just as the CIA was petting Sheik bin Laden and lost control of him when Dr. Zawahiri appeared, Obama was training Brzezinski terrorists again for his Arab Springs, with John McCain and Mosaad. They were armed out of Turkey and were based in the Golan and Jordan. 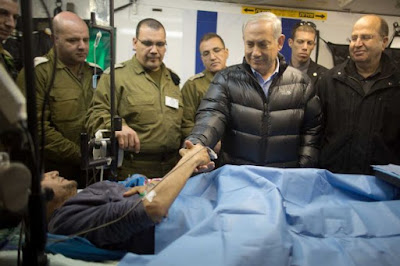 Wounded ISIS fighters being treated in Israeli hospitals. US ...

tapnewswire.com/2014/12/wounded-isis-fighters-being-treated-in-israeli-hospitals-us-training-them/
Moreover, though ISIS fighters are clearly being transited through Turkey, likely a new American trained batch numbering 2000 are "in the works," it is also clear the majority are coming through Israel and Saudi Arabia to US training facilities in Jordan.


The NTJ appeared in this training as the monkeys (Jew's name for Sri Lankans) and if you notice they did not attack Buddhists who have been attacking Muslims or attacking Hindus, which would have brought full attention of India to the island, as India has vested interests there. No NTJ attacked Americans and Dutch Protestant Christians.
This will then trigger the two major allies of Tel Aviv in the Dutch and Americans, to reach out to the Jews, who have a 30 year presence on Sri Lanka in order to "do something". I smell a repeat of the irrigation project the Americans and Europeans funded in Sri Lanka which was never built, which Victor Ostrovsky noted in his book By Way of Deception, which was a money laundering operation. I suspect the Jews of Mosaad will submit a "bill" for goodies for Sri Lanka to "battle these terrorists", who everyone knows were trained by Obama and McCain for the Syrian War, so no one will bring that up, and just sign the money  transfers.

I studied the Sri Lankan security forces at work and the Mosaad trained them well, as they looked like American SWAT and Robert Mueller raiders against Roger Stone. The monkeys trained well and now what took place on Easter in  Sir Lanka has a much bigger meaning in American CIA and Jewish Mosaad terrorists, just provided an opportunity for an expanded  operation which will be fully revealed in time.

You really should pay attention and the rich should be donating as what appears here, all interconnects. 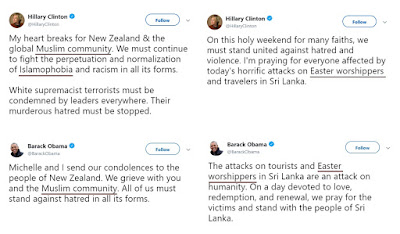 Once again another Lame Cherry in exclusive matter anti matter.