Karl Rove: Your Assmint is Calling 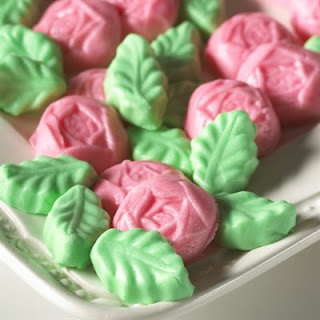 I have no idea why the annoying Bush family nor their faggot operatives are still employed in media. Karl Rove ventured out with his wisdom of Bernie Sanders can beat Trump, because Bernie Sanders stays on message.

Karl Rove is the guy who almost lost the election for Michelle Grabber, George W. twice, so what Karl Rove knows is how to steal elections, not now to win elections.


Rove, who was the architect of George W. Bush’s presidential campaigns in 2000 and 2004, said that it is apparent that Sanders has run for president before and has learned from earlier missteps.


The Lame Cherry has some points for Karl Rove to point out what a fool he is.

Point 2: Bernie Sanders is BEHIND Joe Biden in the polls.

Bernie Sanders can be all the nemesis he wants in being a Trump Socialist, but he can not win the nomination with Joe Biden in the race and that Mike Pence faggot in the race. Bernie Sanders is the James Webb of 2020 DNC.

All Donald Trump has to do to defeat Bernie Sanders is drill one theme of "BERNIE THREW THE RACE FOR HILLARY CLINTON AND THAT IS WHAT SETH RICH FOUND OUT AND WAS MURDERED FOR".

That will be game set and match. The Sanders voters had their Muskey dreams of 1968 and have moved on. 77 year old Sanders had his day and it was 4 years ago. The Sanders children have matured, moved on, and are voting for the Assmint or whatever else is running in the 500 DNC primaries.

Sanders looks good when he is  the only leftist in the race, but when you have Alexandria Ocasio  Cortez with her Muslim terrorists spouting off all the shit that Rachel Maddow gets  wet over, then Sanders is a boring old sod who used to write stories of how women liked to get raped.

Add to that reality that Sanders has more real crimes in money fraud than Trump has been accused of, Bernie Sanders is a political coffin to be buried in a grave. Put him with titsy Kamala Harris and you got LIGHT and WEIGHT in the same package. Bernie may look good, but he is closer to waking up dead and no democrat wants to have whatever Sanders picks as president as these idiots are people NO ONE IN THE PARTY is voting for.

There is no one and no combination in the DNC  which can defeat Donald Trump, when Trump Socialism is what the cartel is backing. Those are the facts.

As I have told all of you, I am going to ride Donald Trump for the Promise Breaker he is and I am not voting for him, unless his people start paying me the past revenue for work and for posting things for him in 2020 as I will not support this changeling.

So I am not giving this President a pass, but I am certainly not going to listen to the most incompetent loser in politics in  Karl Rove, who does best at inserting assmints and farting minty.