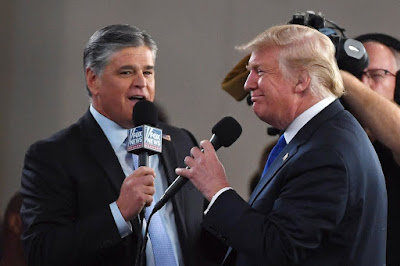 
I have noticed in Alex Jones a trend of talking points that even flows to Mark Levin, in they are all sounding like fire and brimstone preachers, inciting the mob to go out and get into the faces of liberals.
The challenge from Alex Jones is to wear MAGA hats and mix it up, to others spouting the same theme. It reminds of Eric Holder inciting Obama's black Niggers to go intimidate people, and Afroids were too lazy to go make themselves into cop bullet depositories, so they saved them from mahdi Obama. This same thread of Trumps white Niggers though has ramped up again, and no one with any sense should be biting on this kind of nuttery, no more than 2016 when people got bloodied.

It is not just those in the right raving, CBS is among others on the left now promoting leftists attacking Donald Trump and MAGA supporters.
Someone is Sir Paul McCartney calling for a Revolution.

I honestly do not know if Trump via Stephen Miller is trying to use this as a crackdown on leftists or has this as his 2020 Trump shirts rallying cry. I do know that the Trump voters having been betrayed by him for 2.5 years are not in any mood to go out and get bloodied as this is inciting citizens to be, because Donald Trump is not going to bail them out.

In this, that is the crux of this, to examine this, in someone is putting out talking points  to the White Christian Southern group, which comprises the Sean Homo Hannity audience to be the front line storm troopers to "make something happen" so they can talk about it. Then apparently Trump is going to react to it.
The problem again in  this is, you have Buford Loudpipes wearing a MAGA hat, and gets beat up. The cops show up  and depending on the mood, either arrest Buford or take his name and let the leftists go. Unless someone dies, then Buford goes to prison, has big defense bills, as he is in this on his own.
Buford then gets to pay his hospital bills and sit around for a week, looking beat up and hurting, and no one from Trump 2020 or Homo Hannity calls and lets him know he is not alone.

I have a suggestion for Donald Trump, as this is coming out of his camp, as I hear the same lingo from Sean Homo Hannity and Alex Jones, in "Trump is going to crack down" in this Mueller investigation, in until the day that I see Don jr. in his MAGA hat, hosing down liberals with a shotgun, and Sean Homo Hannity cutting off their ears, as Linda cuts off the scrotums for Liam's marble bags, I do not see any Trump leadership at all in this. I see Donald Trump leading from behind in expendable Americans are out front who are being incited to make an issue for him.
I don't see Donald Trump ready with that pardon pen for Christian Americans. I see him pardoning Jew slave traders and Afroid sex pervs, but Gordon Kahl's boy is still rotting in prison and Rod Blagojevich is still at the federal grey bar. Until real people who are innocent get pardons, and until I see Donald Trump's rich relatives and rich mic heads mixing it up with liberals, and Donald Trump pardoning them, Donald Trump telling Secret Service to give them cover on their rampages, I simply do not trust Donald Trump to look out for  anyone.

If you look at who is getting ahead in breaking the law under Donald Trump, it is the Mexican mafia, all these catch and release border vermin, with the Muslim mania. Muslims  get to rob Americans  in high fuel prices, get to set off HAARP to weather mod Americans, and the Mexicans get to thwart US law on the border and in jobs.

So once again my advice is as I informed Homeland in my interview, that I do not incite violence, and I tell everyone to not be listening to this violence, as they are going to be out there alone, abandoned by the political parties and left with shattered lives.

Donald Trump and the GOP or democrats have done nothing for me. I am poorer, my taxes are higher, my energy bills are spiking, my food bills are higher, and things have only gotten worse as more Visa Vermin pour into the United States. I am not inspired to support any of this mock theater as there is nothing in it for me. No one should believe a democrat or a republican or be listening to people who are telling them to get into other people's faces.
The left has nuts who are on edge to begin with and go off without a push. The right though should be bright enough to not get into some nuts face, especially since Donald Trump does not have their back and never has.

So until Donald Trump keeps his promises. Until the day that I see my taxes fall, my costs fall and my dreams coming true, I am not going to be sucked into this again, as I gave two years of my life for electing Donald Trump and was brushed aside like a whore on the street.
And if Don jr. appears and starts roughing up people, and Sean Homo and Linda, start collecting body parts, I will wait to see how much protection Donald Trump gives them, and if the Secret Service joins in.

And after all of that, I am going to have one action, and that will be the statement, "Ok boys, you got about two years worth of proving to me that you are geniune, as you proved for two years, you could not be trusted.

Until then, that is what Russians, Chinese and the invading hordes are for as fodder, as this is nothing no one with intelligence should want any part of.

I paid for a Trump victory, and I am still waiting on the delivery of all promises.