What a Liberal Fuck Head 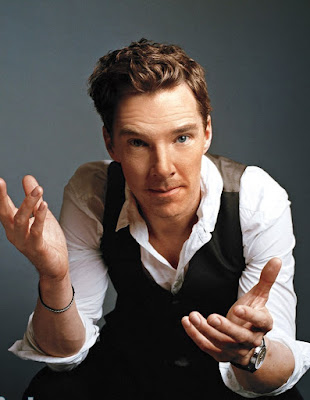 Some of you may recall that in the days before Chancellor Sebastian Kurz saving Europe form invasion rape cock, that there was a liberal Brit named Benedict Cumberbatch pissing on all things American, Trump and fawning over these Muslim invaders.......until of course they started butchering people regular, then BC started to keep mum about things.

After having ruined the Sherlock franchise in the same way that Ben Affleck ruined Batman, it seems Cumberbatch signed onto fag Marvel molesting of children, before he decided to run old me over on country roads.

Yes here is how it went down:


Benedict Cumberbatch reportedly knocked a man off his new bike while driving along a country lane and moments later was slapped by the furious cyclist.

The actor, 42, allegedly caught the arm of the rider, Michael Lawrence, 63, during the collision which took place in Freshwater, Isle Of Wight last September.

Mr Lawrence, affectionately known as Scooby, is claimed to have got up off the floor and immediately slapped Cumberbatch - before realising he was an A-list star.

A friend of the cyclist told The Sun that Mr Lawrence couldn't see anywhere to move to avoid the car and instead put his arm out in order to stop the vehicle.

They said: 'He just put his arm over him and took the full force of the impact on his forearm, which smashed the wing mirror.


'It totally ruptured his arm. There was blood everywhere. Scooby is no shrinking violet and he b****y hurt him by the sounds of it.'

that old man rode me with love
but Cumberbatch violated me


To translate the British. You got an old guy on a bicycle, on a Hampshire country road. Here comes Cumberbatch racing down the road, and apparently can not see the guy as he is too busy being Cumberbatch.
The old guy can not get out of the way, and Cumberbatch runs the guy over. In what is very intimate, Cumberbatch locked arms with the guy as the guy gets smashed by  the car's mirror, and then eats dirt.

Cumberbatch stops the car, gets out and the injured guy slaps this prick.

It gets pretty rough when an impact actually bursts the arm on impact, but this story gets Cumberbatch liberal better.

Apparently Cumberbatch used his A list appeal, as the charmed the man he just ran over and  almost killed to save Cumberbatch's ass. Cumberbatch was slapped because he blamed the guy for getting run over, lying  that he was riding down the middle of the road. That is quite a trick as he was smashed by the side mirror, proving Cumberbatch was lying.
Cumberbatch though recovered and began the cover up and offered a ride for medical care, but also exchanged phone numbers, making the guy think he cared and was really concerned.

Mr Lawrence's friend told the website that Cumberbatch accused the cyclist of being in the middle of the road at the time of the collision.


It also appears something interesting in Cumberbatch did not report the accident to the authorities. Being the perfect liberal, he then must have sought legal advice, as that ended all contact with the person he almost murdered.
What is pure liberal Cumberbatch is the statement that he was thinking about filing charges against the geezer for slapping him.  Yes, one wonders if Cumberbatch expects rapists to file charges against their victims as their pussies are too loose for their small cocks.

The cyclist though wised up and figured out he was dealing with the guy who liked foreigners raping European women and children, and has now sought 20,000 pounds in damages. 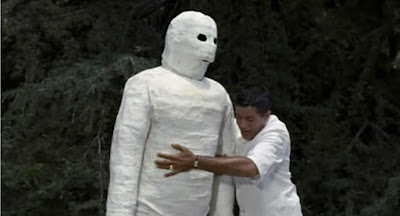 Don't worry mate, it's not that bad.
Benedict Cumberbatch is your friend....sort of.

Cumberbatch is thought to have reported the incident to police on the island but hasn't pressed charges against Mr Lawrence over the slap.
The two men swapped numbers and Mr Lawrence is apparently disheartened that he hasn't yet heard from the actor, his friend reports.
Mr Lawrence, a retired fisherman, is allegedly thinking about seeking compensation for the incident, where he could reportedly be awarded up to £20,000.


I had sworn off all things Cumberbatch in discovering what a liberal prick he is. I regret the investment in the Sherlock series and care to never watch that shit again, because of him. This incident though proves all of the disdain for Benedict Cumberbatch as only a liberal would run over an innocent old man, and then consider filing charges, after he tried to con the old boy into thinking he was his friend, so he would not file charges.

Benedict Cumberbatch needs to be arrested by Scotland Yard on:

Upon that justice, this liberal belongs in prison for 10 to 20 years and the geezer needs to sue for 2 million pounds  as his life is worth more than 20,000 pounds. 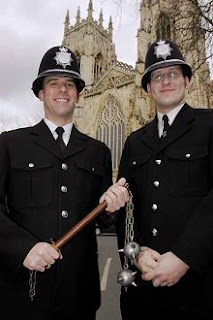