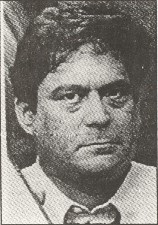 In reading the memoirs of Victor Ostrovsky, of the Mossad, in By Way of Deception, it honestly appears that there was a fag group which headed Mossad, and I do mean queers, who were literally out to conveniently murder him, once he refused to have sex with one of their agents.
The story was odd in the queer invited Ostrovsky over, and showed him a video having sex with a woman, one of the Mossad heads, was screwing when his wife was out of town.
When the queer made a pass at Ostrovsky, he punched him and left. He reported the incident to, two Mossad heads, and they did absolutely nothing.
As Ostrovsky said, when that happened, you knew they had horse in the Mossad who was protecting them. All the katsas tried to have horses, a black and white, the black was deep to cover them and the white was overt they could communicate with. In Victor Ostrovsky's case, due to his incessant Canadian morals, he had no one would look out for him, because in the Mossad, the Tel Aviv rule was, "It was Jews first and screw the world, and you did it by murdering people and money".

The time line in the memoirs appears to be Ostrovsky was set up to handle an opium shipment to Panama, under the auspices of Mike Herari, who Ostrovsky had already recorded looking for bribes when he made contact with this former Mossad katsa, on orders of the Mossad.
Herari hated Ostrovsky and when Ostrovsky reported the dope shipment, that appears to be what set things in motion for his murder.

He was first under the direction of a liaison who had to go out on assigment, the place in the Israeli station where the dope deal set up appeared, and then out of the blue, he was chosen for a Mediterranean assignment to Cyprus, dealing as a middleman with terrorists.
That was a bit much for a first time out for a mission to set up terrorists in a sting at Brussels.

Ostrovsky notes that the duo tried to get him to meet them in an outdoor location, but he insisted on his hotel. That point is a red flag which looks like he was to be murdered, but by following  his instincts, he saved himself, but not for long.

The terrorists were captured, but interestingly he was told to stay in Cyprus, where he was to sit by the phone for days and await to pass on information, about a jet filed with terrorists flying out of Libya. In what even Ostrovsky stated was unnecessary, he was to stay by the phone and await a call from Libya, from a Metsada combatant, who would then phone that the terrorists had boarded the jet.
After this Ostrovsky was to turn on a radio, with signal beeper, and repeat, THE BIRDS HAVE FLOWN THE COOP, every 15 minutes.

This signal was then picked up by an Israeli gun boat which would then pass the information along  to the IDF Air Force.

An operation this important in nabbing the heads of terrorist organizations would never have gone through such a process where links could have been broken in the boat and Ostrovsky, and the terrorists had gotten away.
It all was completed though, and that is when Ostrovsky's end appeared.

He had gone down to the lobby, when he noticed a Muslim reading a publication, but in it was a Playboy. Ostrovsky was under orders to not make contact, but he did anyway, and in asking to see the Centerfold, the Muslim stuck up a conversation. The Muslim was a Philistine who lived in Aman, and they agreed to have dinner, and then went out for drinks as Ostrovsky was posing as a British businessman, as the Jews frequently use British covers, and after expressing support for the PLO and saying how much he loathed the Jews in blowing a business deal for him, the booze had the Philistine blurting out:

When asked how this was going to take place, the Philistine explained that they had heard from a source that the Jews were following the PLO meeting in Libya, and going to nab the leaders, so they were going to trick the Jews in not having the PLO on the jet.

Ostrovsky at 1 AM phoned to Mossad using an emergency number, but could not get through to anyone. He was told they were all busy. He phoned one leader at home, but he was out too. He finally got a Naval friend to patch him through to the Air Force base at Galil where he spoke with the man who sent him to Cyprus in Itsak, blew him off and did not want to hear about the set up, and hung up.

The next day the IDF forced down a passenger jet with minor Syrian and Lebanese officials and all diplomatic hell broke loose.

In the meantime, Ostrovsky had been picked up by a PT boat, and was on his way back to the Israeli state, where the captain received orders to have engine trouble and sit out to sea for 2 days, as the Mossad and Tel Aviv did not want him around.

No one would talk to Ostrovsky and in protesting it was a set up, they told him, there was nothing he could do about it, so after 3 years of Mossad literally beating him physically as conditioning and all the training Victor Ostrovsky was forced to resign.

It did not end there though as shortly after this, immediately in fact, a friend of his at the military files department phoned hm and asked why Ostrovsky had his filed moved. He said he had not done that, as Mossad katsa files were removed from active duty when they were at Mossad.
He was then informed that he had gone active, and would be transferred to the Israeli Lebanese border. When a Mossad agent leaves  the agency, they are specifically never to be deployed to front line duty, as they know too much. It takes months for the transfer of files, but with the burned Mossad agent, he was gone a day, his file moved, and in priority, he was to be the liaison officer with the Southern Lebanese Army. That was a death sentence for Ostrovsky.

Reading the writing on the wall, Ostrovsky told his wife he was leaving Judea for New York. The day he left an order arrived for his activation, and the next day the phone was ringing and the IDF was demanding to know why Ostrovsky had not appeared. His wife, Bella, stated that her husband was out of the country. The IDF was ranting that this was not possible as he had not been released from the military. Ostrovsky provides the punch line, in indeed he had been released. He had forged the papers and signed them himself and fled the Israeli state for his life.

The Mossad prides itself on the fiction that they are supermen. The problem is as much as they tied the can to the  terrorist's tails, the terrorists were very skilled at tying the can to the Mossad's tail. One of the worst situation not acted upon was Ostrovsky in  meeting the Centerfold Muslim, was told that the PLO was posing as Jews in Europe and setting up contacts. The Mossad refused to believe it, and wanted to hear no more of it, as it would cause havoc.
Havoc for Mossad, but nothing like the havoc it cause for Ostrovsky in their betrayal of him and the chaos they caused nations like France and the United States.

If this above the law sounds a great deal like what certain elements in John Brennan's CIA and James Comey's FBI were engaged in, in framing Donald Trump, it sends a warning of how necessary it is to have real oversight of the intelligence community, when it thinks it is above the law and will murder or allow people to be murdered to cover up their operations, two examples being Andrew Breitbart and Seth Rich. 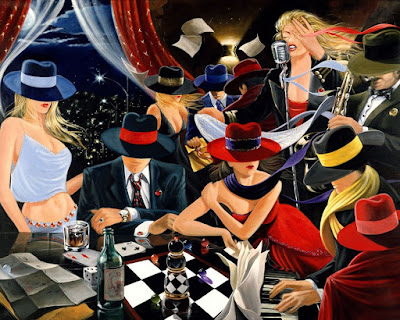