When Jews Eat Their Own 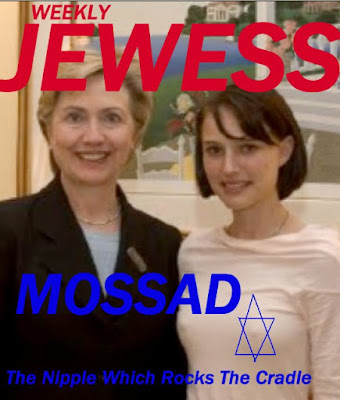 What were you doing in middle of November 1985? Ronald Reagan was beginning his second term in a new peaceful outreach to the Soviet Union. In the Israeli state though Victor Ostrovsky had just completed his 3 years of training with his class and  had just graduated a katsa, a real Mossad operative.
If not for his morality though, you would not be reading this, and if not for his ideals, you would not have the insights into what has befallen America and Donald Trump for the past two years.

Several times in Mr. Ostrovsky's training, he was told to shut his mouth about certain things Mossad was involved in. At one point it was quite graphic, involving the inference he would be murdered by Mossad if he did not shut up.
The head of Liaison, Efraim Halevy defined Victor Ostrovsky as a "pain in the ass".

One of the first things the new katsa was dispatched to undertake was being assigned to the Israel Station, which was considered the arm pit of Mossad, where Ostrovsky was to transfer a parcel from El Al from the far east, to a shipping address in Panama, for the infamous Mossad operative and asset, Mike Harari, who as Panamanian dictator, Manuel Noreiga's go to guy in Panama.
Harari was the second most powerful man in Panama.

Ostrovsky arrived at the airport thinking he was going to  pick up some packaged box, When he got there,  he found a 5 foot, by 6 1/2 foot by 10 feet container all wrapped in plastic.
To deal with the package, he called for a truck, took it to Mossad headquarters, repackaged it and then asked a superior Amy Yaar, what was in the package, as Ostrovsky knew very well it was illegal drugs.

Yaar ordered Ostrovsky to mind his own business and just to get on with it. When he took the container back to the airport, he discovered that the Panamanian plane was not Panamanian, but an American manufactured Hercules transport of the Israeli Air Force.
So you get this in recap. El Al flew in with Jewish passengers on board, what had to be a massive shipment of opium, which was then repackaged at Mossad headquarters and placed on an IDF transport and flown to Panama, in  complete protection of the Tel Aviv regime. 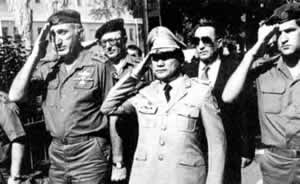 When Ostrovsky and complained as to why an Israeli Air Force transport had to be used, he was rebuffed and told, "Harari is running the Panamanian Air Force, so what is the problem".

This was not the first time that Ostrovksy knew Mossad was shipping narcotics worldwide, as PLO Chairman Yassir Arafat had a shipment of hashish stolen from him by Mossad, and Mossad shipped that to Panama too, which then had it shipped to the United States, netting Mossad over 10 million dollars.

Mr. Ostrovsky then did something which began the end game for him, as far as Mossad was concerned, as there was a complaint box there, and high ranking officials had access to it, including Mike Harari. That was the straw that broke the camels back.
While Victor Ostrovsky did not state this in his memoirs, it appears the Mossad were hoping that they could taint him up in the Jew comradeship and Ostrovsky would start looking the other way on drug assignments, as he was tainted in a criminal act. When he complained, that sealed his fate, because suddenly he was not in the armpit of the Mossad, but part of real operations in Cyprus in  a danger zone.
He was being set up in operations which could fail, so the excuse would be found to force him out of the Mossad. Without going into details here, what eventually happened was he was recalled, told to resign and if the  tried to talk to the Director of Mossad, that it would be defined as an attack and he would be shot.
Immediately his file was pulled in the military, and he was placed on active status, where as an ex Mossad operative, he was to be see  duty on the Lebanese border, where he would be dead within a week.

Overlook for a moment now the billions that the United States provides Tel Aviv. Overlook the reality that America fought 4 wars for Jews in Iraq twice, Afghanistan and Syria and the trillions spent for Greater Judea and the thousands of American dead and wounded. Forget that the Jews were dumping dope into the United States using diplomatic pouches and their AI network in the United States as the CIA and FBI provided cover. Just focus on Victor Ostrovsky is a Jew, a Canadian citizen with morals and ideals, and when he refused to uphold the criminal quo, the Mossad turned on this Jew, tried to destroy him, tried to have him kidnapped out of Canada and tried to murder him.

Jews are brainwashed to have absolute loyalty to Jewry, and here was Jewry eating one of their own, and Victor Ostrovsky in returning to Canada, was savaged and ostracized by the Jewish community there.

The Mossad did this to a Jew and it does it to other Jews. So what chance do you think you have as their operations dump dope into America or drag America out to fight wars.

The Israeli state of the 1980's had huge financial problems. You no longer hear of that anymore, once George HW Bush appeared with the Iran Contra dope pipeline and Bill Clinton began installing his prime ministers, as prime ministers were assassinated and political parties like Likkud gutted as the GOP is being gutted in the United States.
Victor Ostrovsky stated there was a Mossad operative who bragged that he brought down Prime Minister Rabin. Rabin was later assassinated in a frame up of the right wing in Judea.

Jesus the Christ once stated about doing it to the least of these, but in the Mossad, they do it to the greatest of Jews, so what chance to the least of you goy have against this kind of organization which has Jews serving it as sayum volunteers in every nation, and katsa directing these operations. 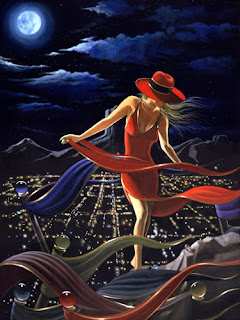