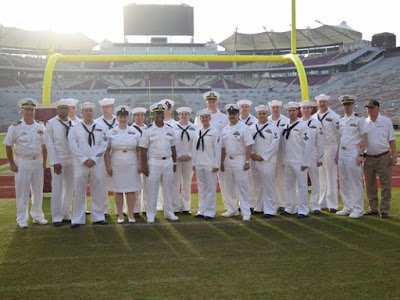 Submarining Crew of the USS Florida

LaVoy Finnicum though numbers of other Americans do not apparently make the Homo Hannity modern list of people he could rescue. There is a recent report of sex crimes aboard a United States Naval Submarine in the USS Florida, which has ruined it's officer and caused all sorts of career ending problems for other Navy personnel.

It is a sensational story, meaning it is a story meant to tempt the senses and damn the accused in a media lynching, which reminds one of the Pussy Grab of Donald Trump or the Donald Trump who hired 14 year old Russian whores to piss on his Obama sheets. In forensic psychology, making a #MeToo sensational charge against someone has them smeared and ruined, before the investigation and for the "good of the system", just like Billy Budd, it is better for the political officers to sacrifice those under them to satisfy the lust of the witch hunt against the innocent.

Navy leaders failed to address sailors' safety concerns after a sexually explicit list targeting female crewmembers surfaced aboard the service's second submarine to integrate women, resulting in the firing of a commanding officer and several other punishments.

In this MeToo, there was reported a Rape List which was created, and tehn shared with crew members of a Naval submarine. The list had sexual comments and a ranking of sexual activities which would be performed on the women.
From this a 'rape list' charge was deduced, without one word about forced sex or rape being written apparently.

The Lame Cherry in reviewing this, is making this public, as a necessity that someone in the Trump administration to request a Department of Justice investigation by the FBI into this situation, as what this all appears to be, is the same generated hysteria based on the #MeToo charade which had a number of people  smeared.
The bringing this to the attention of the President is because Homo Hannity, does not seem to care about the real story in this situation of Navy personnel being destroyed without a trial.


A "rape list" was shared by members of the guided-missile submarine Florida's Gold crew, where investigators found "lewd and sexist comments and jokes were tolerated, and trust up and down the chain of command was nonexistent." That's according to a 74-page investigation into the misconduct, obtained exclusively by Military.com through a Freedom of Information Act request.


What follows are a series of quotes from the story in the "rape list". If one examines them beyond the hysteria, something emerges which is quite puzzling as the framing of Donald Trump.

In the first quote the Commander directs a search on the computer network for this list and to identify all those accessing it.

Kercher directed a search of the sub's network to locate the list and identify those accessing it, the investigation states, but stopped short of opening a formal investigation and failed to notify his command.

This list is then reported to be printed by a sailor and handed over to female Petty Officer, who then receives a second list printed out again by the same sailor, who states this list is on the submarine computer network.

On June 3, 2018, a sailor aboard the Florida printed the first list with the names of every female Gold crewmember when the sub was at Naval Support Facility Diego Garcia in the Indian Ocean. The sailor gave the list to a female petty officer the following day. It included between one and four asterisks next to every woman's name.
About 10 days later, that same sailor printed the second list and again gave it to the same female petty officer. The sailor told her the lists were housed on the submarine's computer network, where they were updated every few weeks. Male crewmembers were going to vote again on them soon, the sailor told the petty officer.

The printed lists are then photographed by this female Petty Officer and she is joined by a second unsexed Petty Officer, who turns the list over to their Chief who then forwards the list to the chain of command.

Review this, in there is a reported list. Which is then printed, and becomes a second list to confirm and add to the list as nothing was done. These lists are then photographed and turned over to command.


The petty officer took photos of the lists before she and a second petty officer took them to a male chief on June 16. That chief took the lists to the sexual-assault prevention and response point person, who referred them to the command's equal opportunity manager. Kercher's senior enlisted adviser was also notified about the lists.


The Commander then has the list, and in the quotes, he had directed a search on the computer network, as all he had as a piece of paper with names on it. Again without being emotionally misdirected, the Commander was absolutely correct on this, as a piece of paper could have been printed from anywhere. He needed the file on the submarine's computer and he needed a list of those accessing this list.


The adviser, the chief of the boat, "took it straight to the CO," according to the investigation. But Kercher declined to open an investigation because "they only had a piece of paper," the report states. 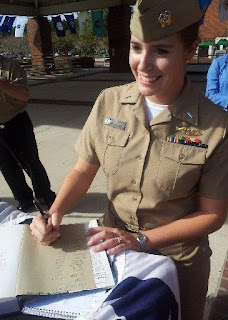 This is where, the reality sets in, as the Commander, could not find the lists on his submarine's computer network. He even attempted to Google a way to find a list he could not find. This compounds as NCIS, Naval Criminal Investigation appeared with their computer forensic experts. NCIS conducted as search on these same computers, and they could not find these lists either.

If you were an investigator in this, the red lights should be going off at this time, as there is not any way in this world that files can appear and disappear off a computer network. Even with Hillary Clinton's Bleachbit, data can be erased so that it can not be completely restored, but it will still leave codex traces. For NCIS not to be able to discover a trace of this "rape list", concludes the list never appeared on the submarine's network.
That is where this progresses to.

A search of the submarine's network failed to locate the lists on the drives. Kercher even Googled ways to search a network so he could find the lists himself, the report states.
The Naval Criminal Investigative Service got involved but, after a "thorough forensic search of the submarine's computer networks and drives," they too were unable to locate the lists, said Cmdr. Sarah Self-Kyler, a spokeswoman for U.S. Submarine Forces.

The US Navy allows what is defined as COTS, or Computers Off The Shelves for sailors. It allows for a faster integration of systems, and personal computers are not to be connected to the ship's network for security reasons. That is not to say that an independent network could be set up on a submarine by a group of sailors.
As none of that evidence is noted by NCIS, what an investigator would conclude is that this list was created as a mirror #MeToo, as the effects of this seem to have targeted the Commander, and a few other sailors on board, while in effect targeting thee entire United States Navy in a scandal.

The Commander was removed for being ineffective. Perhaps the reason he was ineffective was there never was a list on the computer's server and he could not find anything, anymore than NCIS could discover this list.

The question in this, which appears to be the Sherlock Holmes conclusion is, someone decided as in Trump Smear, to put a #MeToo inside the United States Navy for their own purposes and an extended agenda.

In the Herman Melville novel Billy Budd, an innocent seaman was hung to protect the system. There is something wrong in this as a fantasy list, became a "rape list" and a list which was supposed to be on secure  computers never was on those computers. Literally for that list to not have been on that submarine's computer, a technician would have had to have created a mirror drive of the entire ship's network and replaced that creation with the original. That did not happen, so the list never was on the network.

Conclusions are this was a COTS personal system which created this file, not the submarine's crew being involved. This mirrors the same bogus story created by Hillary Clinton that Russians hacked her computer when it was her Ukrainian Crowdstrike security service who planted Russian fingerprints onto the server to frame the Russians.

This needs to be investigated, as people's lives were ruined and the evidence does not match the charges, and the FBI must become involved in this, as there is far too much of this taking place in what appears an organized effort. 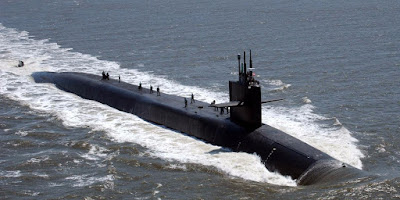