Kurz will make the World run on His Time 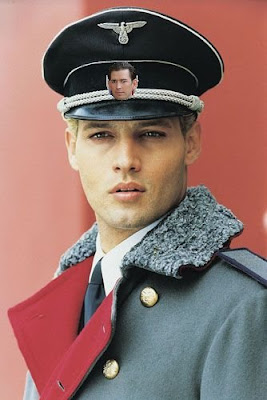 I'm too Kurzi for my Body


Just to set this in the correct mode of understanding again beyond the propaganda, as Chancellor Sebastian Kurz literally brought down his own government, in order to rid himself of Nationalists in a purge, and to cement himself as dictator of Austria.

It is all bogus as Kurz never makes a move unless he knows the outcome. His snap elections in September, will cement his power, as the German Manfried Weber and the Anglo Nigel Farage will cement his European dictatorial power.

Kurz has been sitting on this scandal for over a year. Meaning Kurz's people set up the Nationalist in this scandal in order to have all of this ready for when the Chancellor made the big move on Austria and Europe.


What has emerged in this as a British backed Austrian German Super State, which is displacing the French.

There has not been anything like this, since Adolf Hitler cemented power in Europe as a minority party. Sebastian Kurz does not have an identity movement. Instead he is the Pope's own, a real Holy Roman Emperor, where peoples who are only loyal to their bloodlines are a competitor to the "federalism" or Empire System which Kurz represents. See a Catholic can be a German, but their identity is Roman. That is what Sebastian Kurz represents first and last.

All of this is by design, just like it will be his peace which prevails in the Mideast, not Jared Kushner's. Sebastian Kurz is rising and in the next months, the German President of the EU will enact the draconian penalties against all those who do not heel to Kurz's mandates.
So there is not any suspense in this with Sebastian Kurz. He has put his wetware into office to carry out all of his orders as the Austrians love him or the e vote fraudware cements his position. I would that he would unhook the plough and get this done as a real leader just takes power and tells the cloth of the land to be the adoring fabric for his robe.

You do realize thee entire world propaganda machine is trolling for the Chancellor as he is King of the Jew, as this blog informed all of you, and Kurz can do no wrong, as he neither spins nor toils like the lilies of the valley.
With all the cover he has been given, he could just as easily declare himself the anti Christ, round up the Catholics and annex the old Roman Empire, as why wait for the sheep to accept their master. Kurz should make them pass under the rod as that what a real Jew leader would do. Herod passed them infants under the rod and the people just took it. 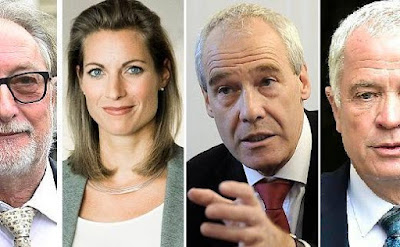 The technocrats appointed by Mr Kurz include:
"All of you now carry a significant responsibility, a co-responsibility so that our homeland Austria will take a positive development," President Van der Bellen said after the swearing-in ceremony.

General Luif  is former commander of EUFOR or the Army of Europe.  Eckart Ratz is a rabid protector of the European Parliament. Walter Pöltner, is the Nazi or the Regime controller of the Austrian wetware state. Valerie Hackl can be thought of the Albert Speer of the Motherland. She keeps the trains running on time.


For the first time, you are seeing the Kurz zealots in power who will serve the Beast of Revelation completely. They are all unknown European super state regime functionaries, but as Kurz was groomed as an unknown, this group of fledglings have their talons already sharpened and will implement the will of Kurz.

These names will be as infamous as any in history in the coming time cycle. They would not be here, unless these groomed Habsburg ministers were the best. They will need to be to complete what Sebastian Kurz has begun in the overthrow of the world, changing times and seasons.

Takes this serious, as it is.