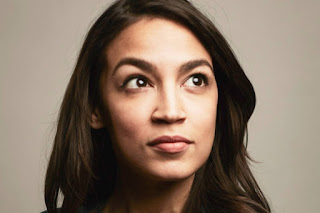 *Editors Note: This will be a stand alone post today, as the content is this monumental again, as for the first time it exposes the psychotic nature of the psyche of the leftist in America in relation to border security.


I give the Holy Ghost all credit for this and all things here, because He put into my sphere an 80 cent book in the castaway shop, a book which I almost did not pick up, as I cringe at all of these Indian apologists, who spew Native American in ignorance, when these aboriginals were Native Asians.
The book Summer Empire, is a rather liberal white Texan revamping of American history, where this liberal SC Gwynne, resides in luxury, in making the Indian terrorists of West Texas the greatest power in the United States, as the Sioux who covered real estate from Minnesota, Iowa, Nebraska, North Dakota, South Dakota, Montana and Wyoming were nothing compared to the Comanche.
There is not a requirement in this forensic psychological examination and exposure of the liberal apologist in the assembled details of their writings to debate "power" as Americans experiencing genocide upon their persons, whether in  Texas of Minnesota are just as dead, but for whatever Texas reason, "My Indian is bigger than your Indian" as the starting of this book. 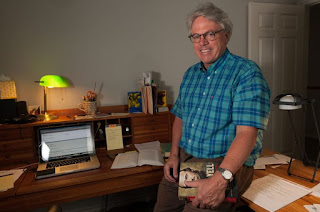 As I read SC Gwynne, I noticed the hate speech again against White Christian Americans.  The facts that the Comanche like all Indians robbed, raped, kidnapped, held hostages for ransom, enslaved and murdered Americans is glossed over as just something they did. On the contrary White Christian Protestants are condemned as having a dual morality, yes his words, which somehow is arrived at that White Protestants are evil because they wanted to make a living and fought back when they were raped, robbed and murdered.

These Indian apologists always resort to "It was their land", when the fact is these Asian immigrants displaced the Mound Builders who were made extinct. The Sioux were from Canada, as were the Apache. When Europeans arrived in America, the Iroquois were committing genocide on other lesser tribes in the east, the Sioux were wiping out the Pawnee, Ree, Hidatsa and Crow. (George Custer was in Montana in 1876 due to a petition from the Crow Indians to be protected from Sioux Indians murdering them.) and in the south, the Comanche were involved in genocide of the lesser tribes there.
These 3 major tribes, were also involved in genocide against White Americans in the worst form of terrorism. Many times spurred on and allied by European powers.

So the reality is, the "it was their land" is of absolute not any standing. The fact is "their land" in most cases was a few thousand people in control of entire states. To put it bluntly, would it be acceptable now for all of Asia to be cleansed of people, because of the population of Singapore? Should all of Europe be depopulated because the small population of Iceland claims Europe as their land? Should North America be rid of people, because the population of Cuba claims America as their own?
Once you comprehend how ludicrous that is, you comprehend how ludicrous it is that "this was Indian land". The population of the Indian was so scant that they could not hold the land no more than make claim to the land, than Neil Armstrong could claim the moon was his in having walked upon it. 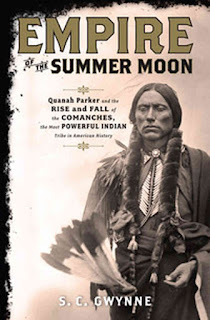 These are the worthless talking points liberals have used in this attack upon White Christian Protestants, in which it has been proven that the aboriginals were paid TWICE for the lands they never did possess, which once a mind is informed of the facts, shatters the liberal debate points, but still there remains their bizarre holier than thou, as they pet the terrorists, and in turn condemn innocent White Christians.

Now we arrive at the Holy Ghost part of this as it ties in to the modern invasion of the United States in this Bush Obama Trump era.
What is it stated of these hordes pouring into the United States? That they have the right to be here, and have a right to displace Americans, as all they want is a better life.

Return now to SC Gwynne and Alexandria Ocasio Cortez, what is their condemnation of White Christian Protestants in the Indian saga? That Christians do not have a right to be here, because they were displacing Indians, as these Christians wanted a better life.
The very thing they condemn Christians for, is the very talking points they use to champion the Visa Vermin border busters. That is astonishing and the point of the Holy Ghost. It is is White Protestant Christians who are damned for civilizing wild lands which Indians could not hold, and it is White Protestant Christians  who are damned now in not wanting their work of civilization turned over to hordes of uncivilized slave labor which will genocide the United States.
This is the Holy Ghost at work again exposing the hipocrisy of the liberal clique in the United States and the world. This is what should be featured on every media outlet, as this smashes the Indian and the Mexican apologists as they condemn the American People.

That is why this is a stand alone post, so you have the time to contemplate and educate yourself on these facts.

In closing this SC Gwynne in recording the start of the end of the Comanche terrorism of the southern plains, he notes the raid on the Parker family at their fort, that they had a fort. He then goes on to castigate them for being out in the fields farming, leaving the fort open, not having gardens, food and water in the fort, and not being armed when the Indians appeared.
Gwynne actually records the Parker family thought first that the Indians were local tribes, who happened to be under the same genocide as the White People were. The Texans had just won independence from Mexican tyranny, but Gwynne condemns them as they should have done more than build a fort. The point which Gwynne leaves the reader is that the Americans deserved to be raped and slaughtered, because they did not have guns when the Indians appeared.

Yes this is the same liberal mindset who said Americans on 9 11 deserved that terror event for what Americans had done to Muslims, the same liberals who want Americans disarmed as they will defend themselves against terrorists or Mexican rapists and robbers, and yes the same liberal psychosis who would have stated if the Parkers were armed, that they should be blamed for inciting violence against the "peaceful" Indians.

This loathing and hatred of White Christian Protestants who are damned if they live and damned if they die, is the greatest racism in the United States, which was deliberately sown into this nation by the cartel, and has become so ingrained that conduit of this hatred in SC Gwynne does not even realize what he is spewing, as it just flows to easily and is never exposed for what it is.
The Protestant Parkers are placed not equal to the Comanchee, who robs, rapes, tortures, enslaves and murders, which is nothing these Protestants ever did, but are condemned as lower than the terrorists. This is the same 9 11 and the same Trump Wall liberal condemnation of Americans for wanting normal things like affordable energy and security in their own homes. The American Christian is always blamed in the worst sort of racism, and in fact, the employed writers of the Mockingbird are given awards to keep brainwashing the deluded into this same Alexandria Ocasio Cortez vitriol that if a liberal just wants it enough, apples will fall upward and if they just blame White Christians enough, then the apple will not fall at all, as in the liberal world liberals never are a cancer which consumes nations in their good intentions.

Again, no one has ever exposed this or addressed this in the Inspired and complete way to inform the public of the realities in how all of this is the same group, same hatred of Christian Americans and the same embracing of the tools of genocide, whether they be Indians or Muslims with Mexicans now. 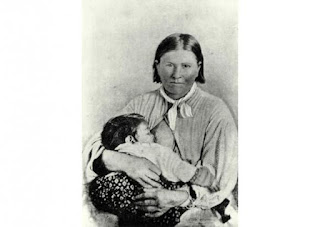 In closing, SC Gwynne for all of his award winning prizes, apparently neglected the necessary research in the focal point of the American woman who was left to the Comanche, in Cynthia Parker, who Gwynne arrives at the misinformed conclusion, 'that if Cynthia Parker did not want to leave the Comanche, then life there was pretty good".
The facts in the brutal assault of Cynthia Parker which are recorded, as when she was kidnapped she was almost beaten to death by the Comanche along with the other captives as the women were gang raped in pools of their own blood, horrifying the child, that she was conditioned to this brutal terrorism of shock brainwashing in a Stockholm Syndrome. Captives beaten, become animals which do not escape out of terror, and when Cynthia Parker was rescued, she had wipe from her all of her Christian upbringing and English language. When offered to return to civilization, it is recorded, that she declined, because she recognized that the humanity in her had been obliterated, and she could not ever go back to the human race in all she had experienced. In order to survive, she stopped being Cynthia Parker, and became a beast of the fields.

Let that reality permeate your minds, as this is coming to America again as Whites will in the next generation be the South Africans having Black communists making genocide against them.
I was in town last week, and was watching this 10 year old girl, glomming onto a Mexican male with a child. The 10 year old was chattering at her pet, trying to say that his wild children who were running rampage  through the store were just like her brother at that age. The Mexican kept moving away, as he did not want anything to do with this girl attempting to pet  the monkey at the zoo.
My thought in leaving the scene was, this 10 year old is going to pet the wrong Mexicans or Muslims before she is 20 and be raped by them and perhaps murdered, because like her liberal parents who need  to feel superior to something, make pets out of these 3rd world vermin, and think that like the Quakers of President Ulysses Grant's administration, that if they just love the terrorists, that the terrorism will stop.


Once the Quakers failed, President Grant called out the United States military to secure the border and smash the Indian terrorists, just as Donald Trump smashed Barack Hussein Obama's ISIS terrorists he had armed with John the hero McCain in Syria.


That same war is coming to America, as the police state criminalizes Americans and protects the invaders. At this point the Americans will be genocided in the next generation and America will return to the lawless debauchery which SC Gwynne embracing in the Texas Terror Wars of the 1800's.