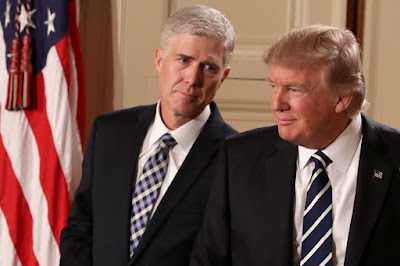 How about a tiger hunt at Washington Zoo....

Well that butt sex lover of Neil Gorsuch and the other ass kissers on the Supreme  Court have declared that Indians are above the law compared to Americans.

It is ludicrous in the Supreme Court terms POACHING as off season hunting.

The U.S. Supreme Court ruled in favor of Native American rights in a 5-4 decision in a case out of Wyoming. Justice Neil Gorsuch, the only Westerner on the court, provided the decisive vote in this case, showing himself again to be sensitive to Native American rights.
The court held that hunting rights for the Crow tribe under a 19th-century treaty did not expire when Wyoming became a state. This case centered on a member of the tribe, Clayvin Herrera, who faced charges for off-season hunting in Bighorn National Forest in Wyoming.


The reality is that the Big Horn National Forest in Wyoming is NOT the Crow Indian Reservation, meaning that the Crow are in Montana.  Never mind that wildlife laws are there to protect wildlife from extinction, but Neil Gorsuch just ruled that Indians do not have to obey the laws in America, and  have every right to poach and break any law.

Put it this way so this makes sense. Wyoming was Cheyenne controlled land, not Crow. So the Crow have been given right to hunt anywhere as a 19th century treaty, for which the Crow have already been rewarded monetarily, and with the blood of the 7th Cavalry protecting them from the terrorist Sioux, have the right according to Gorsuch, to go shoot endangered tigers,elephants  and kudu in the American zoos.

See the 19th century treaty never expired in non Crow grounds. A Crow can now go shoot panda bears  on loan from China, because according to this butt plug Neil Gorsuch just ruled that as the law. 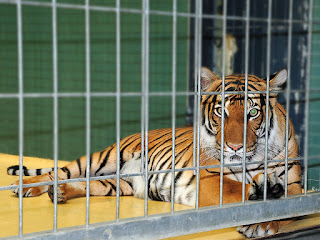 EQUAL is what the Constitution mandates as law. Neil Gorsuch and these other dimwits just gave Indians rights Americans do not have to disobey the law. Gorsuch really needs to be impeached, but this is another Donald Trump disaster.

Jim Crowe nigger laws were abhorrent as is Aborticide as is this new Gorsuch insurrection. Neil Gorsuch is not a Westerner. He is nothing but a Trump New York Valued butt plugger with his head up his ass.