Alas for a Trump truth 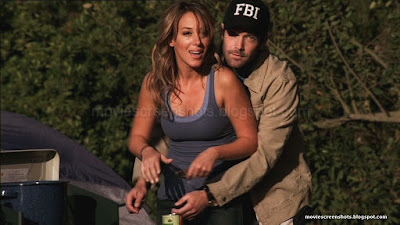 
I miss Sarah Hucakbee Sanders explaining things, even if she is not gone yet to become Governor of Arkansas, because just the other day, Donald Trump lied to his supporters again about cracking down on deporting illegals, in another Conservative Treehouse 8 dimensional chess maneuver to Art of the Deal with Democrats. 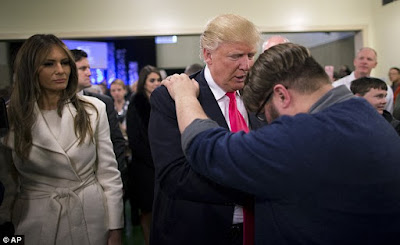 Now after it appears that Donald Trump was not protecting Mexicans like he was deporting Muslims in Tehran, but he was really protecting ICE agents, because the evil media posted how ICE operations were going to be conducted, as ICE agents were in danger.......I guess of being murdered by Mexicans.

As in Trump's people had to have leaked the information to the press to stop the deportations. That is really a criminal act of interfering with a federal officer in doing their jobs. The Bundy group were charged with this as everyone gets charged with this by the feds, and yet no one has brought that situation to light.

ICE director tells Pirro real reason
raids were halted. Confirms ‘green light’
to remove illegal immigrants
BizPac Review, by Vivek Saxena Original Article
Posted by Imright — 6/23/2019 5:38:36 PM Post Reply
Acting U.S. Immigration and Customs Enforcement Director Mark Morgan confirmed Saturday that blame for the unexpected delay in the agency’s planned immigration raids partially rests with the media.“The media got a hold of some operational specifics, and they reported it,” he said to Fox News host Judge Jeanine Pirro. “It’s egregious and it puts the lives of the officers and agents at risk. The men and women at ICE are true American heroes. The president recognized that. He postponed it to protect them.” He issued the confirmation hours after President Donald Trump announced an unexpected two-week postponement of immigration raids that were originally slated to occur Sunday.


Yet preceding the Trump rescinding of orders to save ICE agents from murderous Mexicans who are so murderous they are a threat to ICE agents, but not so much that they can be left in America two more weeks endangering everyone.......yes another detail that seems to not fit what is being released to the press at this cover up moment.

https://www.breitbart.com/politics/2019/06/22/cnn-pelosi-asked-trump-friday-night-to-cancel-ice-raidscnn-pelosi-asked-trump-friday-night-to-cancel-ice-raids/
Jun 22, 2019 · House Speaker Nancy Pelosi (D-CA) telephoned President Donald Trump on Friday evening with a request that he cancel the Immigration and Customs Enforcement (ICE) raids planned for Sunday, according to a report. Pelosi called President Trump at 7:20 p.m. EST and the two spoke for around 12 minutes, according to CNN, citing an unnamed source ...

Trump blinks and cancels deportation raids with threat of new ...

https://www.rawstory.com/2019/06/trump-blinks-and-cancels-deportation-raids-with-threat-of-new-two-week-deadline/
— Donald J. Trump (@realDonaldTrump) June 22, 2019 The president's planned ICE raids had been met with fury and backlash from several cities, with the mayors of New York and Los Angeles ...

In any progression, Nancy Pelosi got what she wanted from Donald Trump, and Trump supporters received nothing again.


Now though we return to the original dichotomy of the Trump Paradigm, in the original story, Donald Trump was in the ART OF THE DEAL in using deportations to get another amnesty deal with democrats to protect these illegals.
But once that story was in the press, and someone figured out that the original story of screwing over Trump voters again as Donald Trump launches his 2020 election, was not going to play well, a new bit of propaganda was manufactured, that is was not ART OF THE DEAL, but like saving Muslim terrorists for humanitarian reasons, ICE agents are being protected, by leaving murdering, raping Mexican criminals in the United States, for at least another two weeks.


Anyway what is Truth? Pontius Pilate asked that of Jesus when the Jews were intent on making him a tree ornament.
We have another example of Trump Dimensional Chess which was so bragged about by Kushner media in how us asstards could never comprehend all this brilliance of how to make deals, and now once the deal was made, someone at Trump Trans figured out that the art of the deal, was not going to play well for the 2020 election, so the story was changed.......but the problem is when you change a story on the fly, that it is not thought out and it causes a bigger problem with the base, as how is protecting armed ICE the priority while leaving innocent Americans to be victims by these same murderous, raping, dangerous Mexicans?

Once again, another Lame Cherry exclusive in matter anti matter, because I actually read things and pay attention to what is being released to the media.

Oh by the way, just who in the Trump Administration leaked classified information to the press to stop the round up? That is what is the story's reality is according to what Trump official is now saying.

Oh and this just in, let's throw this guy in the hot seat to save the President.

I think in Spock chess that is white king sacrifices knight to get out of check.

Maybe I should be White House Press Skirt as I think I got a knack for this........or at least I could be the person in the meeting with an air horn telling the story tellers their cover ups are shit that is going to hit the fan and make the mess bigger.

........and yes I support Donald Trump, he just would have an easier time of it if his first priority was MAGA and keeping his promises to his voters.