The Islamocommunists of Iran have been goading President Donald Trump to attack them. Their recent foray into this was shooting down a United States  drone to prove they can knock these tin cans  out of the sky. The problem in this is the American President has telegraphed weeks  ago that he has drawn a line in the sand concerning Iranian aggression, and now Donald Trump has tweeted and informed the Iranians that they have made a VERY BIG MISTAKE.
In  Trump speak that is a declaration that he is about to bomb Iran with the lethal measures which Mosaad leaked to the Jerusalem Post, with the intent of warning Iran, so America would fail,which would bring about additional  American bombing, beyond nuclear facilities.


Donald Trump has everything to lose in this.Nancy  Pelosi  has been harping about Mr. Trump being required Congressional permission before he attacks Iran. If Mr. Trump bombs without Congress signing off, then Mr. Trump is faced with this:

He will fail in small  scale bombing of just Iranian facilities as Iran will continue  developing more nuclear weapons.

He will fail in attacking Iran  as Iran will retaliate.


Once this is understood if Mr. Trump fails in Iran shoots down US munitions, then he is humiliated and Nancy Pelosi has her grounds to impeach a crippled President. If any Americans die, the will be Joe Biden's martyrs to the White House in 2020 AD in the year of our Lord.
If  Iran retaliates or someone retaliates in  the name of Iran, in nuclear devices detonating in the  United States, Donald Trump will be judged a pariah and rejected by the electorate.


Mr. Trump has violated another of his campaign promises in alerting an enemy before attack. He excoriated Birther Obama over this, and now he has violated his promise.

The Jews who are coordinating off of this like Pissgate and the coup in Austria, have been practicing advanced warfare in Lebanon, in preparation for the cover Trump bombing will provide in Iran. Trump bombs  Iran, and Iran blows  up US assets, the world will be watching that, and not Tel Aviv going scorched earth  in Lebanon and Gaza. Remember that Benjamin Netanyahu is in political jeopardy in new September elections. He needs a Trump war to stay in power.

https://nwostop.com/2019/06/20/fast-five-israel-holds-largest-hezbollah-war-exercise-in-years-amid-iran-tensions/
Israel conducted the largest military drill it's held in years during the first half of this week, according to the AP, which described the exercise as intended a simulated "future war" against Hezbollah. The four-day war games concluded on Wednesday, and though pre-planned, came just days ...


So the American President has additional Iranian mistakes in alerting Iran, trusting Mosaad, not dealing with Nancy Pelosi, and the real issue of what if Iran retaliates with WMD's inside the United States at several key locations?

Iran is maneuvered for America to attack, because Iran will win as a victim in the long run and the United States will be  crippled by such an attack.

This once again is another Lame Cherry exclusive in  matter anti matter, still expecting the rich people to donate generously for the saving of their  souls, as this is tracking exactly along the lines this blog has warned of. This indeed is looking to be the time line the matrix has been generating since 2016 AD in the year of our Lord, as everyone has their fingers on the trigger and in all of this political weakness it progresses the final solution. 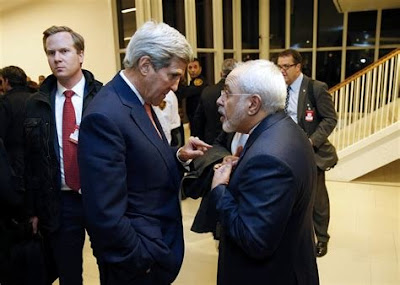 Ok Trump bombs you, you bomb Jew York City
and Biden gets into the White House in 2020.