Which disaster will come first?

I have not had the time, as I need for rich people to donate as the should be doing as Christians as they can generously, to cover the building agricultural implosion in the United States of America, because we are past due, in the exhaustion and the knowing a perfect storm has been built.

I have invested time in the reality of the matrix in building events, as I know what the farm disaster is in America, and I am out in it every day. In the brier patch, I have never seen anything like this in the pasture grass is not growing. This is not unique as it is a matter across the entire beef growing regions.
See I can warn you of HAARP forcing farmers to not plant wheat for your bread, and forcing farmers to not plant corn, for a Chinese soybean crop that Donald Trump's trade wars have already ruined the pricing and harvest for, but there are things in this which even I was not shown, and one of them was the lack of pasture grass for those expensive cattle.

The Durden Boys at the Zero do a good job covering the statistics, and in fact are the only ones again sounding the alarm, but I wanted to share some on the ground information which even they can not know, as they are not down on the farm, and they do not understand farmer speak.

https://www.zerohedge.com/news/2019-05-16/farmageddon-looms-only-30-us-corn-fields-have-been-planted-5-year-average-66
Farmageddon Looms: Only 30% Of US Corn Fields Have Been Planted, 5 Year Average Is 66%

TL and I were treating ourselves to a fast food sit down, and is typical I sort of rule from the stool in we always turn on FOX for background chatter to see what diversions are being projected on the Trump voters. I always though listen to people talk as you learn a great deal. In this instance, I was listening to an old farmer who sort of had Frank Sinatra eyes.
He was talking to another old cripple and basically were assessing the farming situation as he with his son were still in the business.

Corn is supposed to be knee high by the fourth of July in order to make corn. That is kind of an Iowa maxim as things are different in warmer locations south and over to Illinois as they can have hip high corn. The corn averages 2 inches high to 6 inches high, and even that Monsanto genetics can not deal with what is taking place.
Everything is uneven. That is due to the cold, and it has been too cold for too long in the farming region and plants need heat. That is what Frank was saying in the corn harvest is over in they won't get a crop. That may sound like an odd thing to say with 2 to 3 months of growing season out there, but this old boy knew his shit, because he said something last week which I have noticed across the fields now in, "That corn is going to turn yellow". As in the plants, are turning yellow from the lack of heat. Corn simply can not draw up moisture and nutrients when it is cold, and it is just like an English kid looking sickly in a Dickens novel in 1880. Things just get sick and die in cold.

The wheat is in the same condition. It is yellow from being too wet, then too dry, too cold and then bursts of heat. See it needs to put  down roots, and top growth, but it is not, so the result is in a June 16th week of below average temperatures across America and more fairy piss rain that just keeps things damp, the wheat is not going to produce a good crop either. By July it is supposed to be the low 80's again, but that is not the kind of heat wheat, corn and beans require to grow and more to the point to catch up the lost 6 weeks America has experienced due to HAARP Weather Mod.
By God's Grace I warned you all of this last October in what was coming, but even I did not think they would destroy agriculture in farming and ranching like this. It was a perfect storm building and I warned here by God's Grace about the flooding and it came, and now is coming the cold, and the way this is moving, HAARP is going to put an early freeze in to the row crops, and they will be dead.
In watching the reports, a cute blonde Minnesota weather gal warned of frost warnings in the middle of June that went into Wisconsin. That should  NEVER happen and yet it did.

You will be paying for this, and already are in disaster payments to farmers who are being paid to keep the conglomerates selling them tractors, fuel and seed in business, but they will not make payments and they will about have that 2008 George Soros high prices they were paid burned through.
We have a prick neighbor who had 3 boys all gung ho in high priced farming. Not one of them is left, in they all pulled out for city jobs. That was last year already in the money was gone, and this year the record debt is being carried.

I believe this will go to robo farming as I have predicted, but that means the end of land ownership in America or control of food supply by individuals. It is conglomerate and you can honestly thank all the selfish rich people who worshiped their stock portfolios instead of helping me out, so I could have accomplished a better job.

I have  told you that something is wrong. The sun is in the wrong spot. The ground temperature is cold. Nature is being affected by something bigger than HAARP, but HAARP is not doing any of us any good, as this is now the Obama conglomerates and Donald Trump is not saving us.

What is building is Biblical in a day's wages for a loaf of bread as the Revelation predicted by Jesus the Christ. Couple the above with orchestrated 9 11 type events and all of you smart asses out there who think you are above it all, immune from it all, protected from it all, and you are going to discover what life is in the millions of foreigners without Protestant morals rising up to fight you for the shit which just came out of your ass for supper.

I give credit to God for everything here, and in prefacing that, I challenge any of you to find anyone from October of 2018 as I was burying the mother due to HAARP weather and the evil she picked up off you willingly, who warned you this weather would bring about a real problem in American farming and in home heating. No  one else even had a hint of this in reporting on it.

Some very nasty souls have you in their crosshairs and there is not going to be any running away from this, or trying to make it up to me as it will be too late. 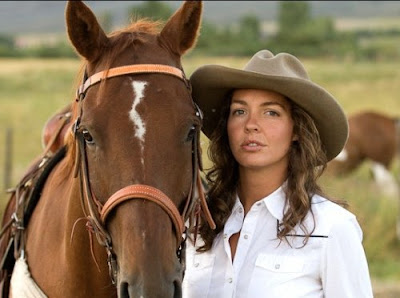