Prey, preys and give Obama thanks 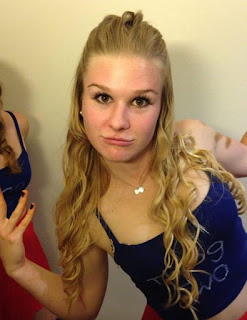 
I have been thinking as a Protestant just how different these Voodoo, Jesuit, Talmudic Muslims  are that Donald Trump keeps pouring into Obama America. While the Lutheran has morals, whether in Europe or America, but with 1.5 million Visa Vermin and that many insecure border vermin, you get little Salt Lake City Mormon girls who think you can pet the inmates from the zoo as they are not 3rd world animals, but cuddly just like Birther Hussein Obama.
(You may remember that Birther let a fag named Chris Stevens be ass raped  to death by Muslims, as Birther wanted Stevens kidnapped for a dramatic 2012 rescue to undo the ghosts of Jimmy Carter.


This brings us to this 31 year old foreigner named Ayoola Ajayi. 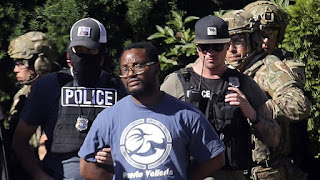 Now Ayoola Ajayi is a real Silence of the Lambs star, in these reports surfaced.


On an Airbnb profile purportedly belonging to him – which has since been taken off the website -- Ajayi advertised two "beautiful and affordable basement rooms in the heart of [Salt Lake City] with shared common area" for $27 and $30 a night, at the house police searched this week

And what did little girls get for 27 to 30 bucks a night. (I do not know what extra service was provided for 3 dollars more)?
It is this surprise as this 3rd worlder, was contracting to build a torture chamber in his basement.

The suspect recently expressed a desire to build a secret, soundproofed room with hooks on its walls in the basement of his home, a contractor revealed to Fox News on Friday.


Now for some rules that get you murdered.


First, you can't get murdered by an African at 3 AM, if you are at home in bed alone.

Second, you can't get murdered by an Africa at 3 AM, if you are not texting this shit thinking your white twat can get wet in playing with your Obama boy.

Third, you can't get murdered by an African at 3 AM, if you are not a shit for brains moron,  getting involved with this shit.

With that bit of fact, we continue on.

Lueck, 23, disappeared after meeting an unknown individual around 3 a.m. on June 17 near a park in Salt Lake City after being dropped off by a Lyft driver, according to police. Brown said Ayaji was the last person Lueck was communicating with before her disappearance and that phone records indicated they were both in the area around 3 a.m.


So you have a foreigner, who is stalking young women, who think they can pet their own Obama Nigger, and the end result is this African got a bit excited the first time, as his prey ended up dead, apparently as fast as he shot his wad.
This US Army trained psycho, apparently butchered this Mormon girl, as he dug a hole, burned her up in his backyard, with gasoline, which the Mormon neighbors apparently were watching instead of FOX.

What puzzles me is, gas burns with smoke. Dead little Mormon girls burn with smoke. So this neighborhood stunk like a Jew crematorium, and none of these Brighams phoned it in to law enforcement or their Mormon clergy that the coon next door was bbq'ing bad pork products.

See the Mormons were watching this shit, but were intimidated in fearing being called racists by the Mormon leadership, which enjoys a collection plate from this 3rd world trash, so this creature was roasting one of their own in fillet bits.
This African must have wore a path in the Salt Lake dirt from the house to burn pit, as it is a Joan of Arc fact that you can not burn up little girls in big pieces as they won't burn. As this girl was in charred pieces, it is a conclusion this African boned her out (reference to removing the meat from the bones) and I will leave it to your ghastly nightmares as to what he did to her skull as that was not found intact, and a butcher knife is not going to handle that job.


The suspect, identified as 31-year-old Ayoola Ajayi, was taken into custody Friday morning after an investigation uncovered a fresh dig area, charred female human tissue and items belonging to the missing student in the backyard of his Salt Lake City home, police said. His neighbors, they added, had informed detectives they noticed Ajayi burning something with the help of gasoline around June 17, when Lueck was last seen.


As people are not that intelligent any more, as this prey's family was not beating her ass to teach her to stay away from these kinds of creatures, it requires being stated, as Donald Trump continues to dump this vermin into America by the millions, that ALL of this shit matches thee exact profile of this butcher.


Ajayi was born and raised in Africa, “survived a tyrannical dictatorship, escaped a real-life crime, traveled internationally” and “excelled professionally in several industries.”

It is all about common background. Protestants do not build  torture chambers or up at 3 AM luring in little white girl pussy to rape, shoot their cock load too early, so murder the prey and then spend the rest of the time until daylight arrives butchering the girl, so the Mormons can watch the final stage act.

They survive, but the ones that play with the zoo pets, end up like Miss Salt Lake.

You can't end up in a bbq pit if you are home in bed by 10 PM, saying your prayers and getting ready to tend your garden, do your studies or got to your job.


You ask for trouble and by satan you are going to get it.