The Podesta Coup Against Donald Trump 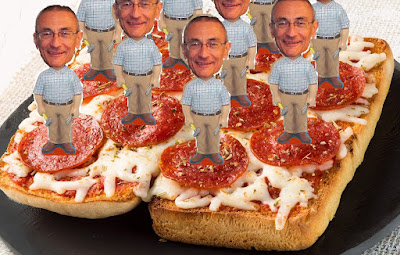 In 2008 AD in the yaer of our Lord, Barack Birther Hussein Obama, engaged in two of the greatest money laundering frauds in American history, when he stole the nomination from Hillary Clinton. In that year, the Obama campaign laundered 300 million dollars from Mideast terrorists, which is illegal as it went into the Obama billion dollar campaign chest.
That money, was then filtered in kickbacks and payoffs, starting with the criminal enterprise ACORN, in which all of this was about rewarding people financially in media and politics for supporting Obama.

Obama would later dump a trillion dollars each to 3rd world nations and Europe for their payoff for installing this MI6 fraud into 1600 Penn Avenue.

In all of this, the elections of 2016 AD in the year of our Lord, have had a number of coordinated coups against Donald Trump and the American voters. There is the well known John Brennan Russiagate Coup just completed by Robert Mueller.
A not so well known coup has been coordinated through John Podesta of Pedogate fame. It involves the same Russiagate coup legal firm of Perkins Coie.

While you have not heard of this coup, you have witnessed the tracks of it, as it like the Muslim Brotherhood in using the American legal system against Americans, in order to criminalize Americans, the Podesta group run out of his offices of Democracy Forward Foundation, in filing these endless lawsuits against Trump policies.


A "nonpartisan" dark money group that regularly files litigation against President Donald Trump's administration is powered by money from the Center for American Progress (CAP), the liberal think tank founded by former Clinton campaign manager John Podesta.
The Democracy Forward Foundation, a D.C.-based 501(c)3 nonprofit, was founded in 2017 to "help expose the rampant corruption in the Executive Branch and fight in court on behalf of the people it hurts."

The Paul Singer, Washington Beacon, has investigated this, and published a list of the conspirators, which interesting reads like a list of the DNC's parade of Balkan candidates to hand Joe Biden the nomination.
While this group has remained in the shadows, it has now been exposed, and has none of the Missing Link operatives in the John Brennan operatives. This is relevant as what is taking place is not just the denial of the results of the 2016 elections, but a direct meddling on the 2020 elections for President.

Democracy Forward was incorporated on March 29, 2017, by Katherine LeBeau, an associate at the Perkins Coie law firm, records filed to D.C.'s Department of Consumer and Regulatory Affairs office show.
Updated records provide a fuller list of the group's governors: Marc Elias, an attorney at Perkins Coie who was the top lawyer for Hillary Clinton's campaign, and now holds the same position in Sen. Kamala Harris's (D., Calif.) campaign; Ron Klain, a Democratic operative who was President Barack Obama's "Ebola Czar"; Maya Harris, also a Democratic operative and the sister of Sen. Harris; and Podesta.


The reason the Lame Cherry is publishing on this, is the red alert should have gone off with the word MEDDLING in the 2016 and 2020 elections. This is what Russia was charged with doing by this same group who created the Pissgate dossier. In this meddling in post 2016 and pre 2020 elections, these conspirators are using the United States courts to overturn legal elections.

That is a criminal offense.

Democracy Forward, CREW, and American Oversight are all approved groups for funding by the Democracy Alliance, the left's largest dark money donor network. Members of the alliance also helped fund and propel the Center for American Progress and Media Matters. The alliance has spent $1.83 billion on progressive infrastructure since its inception in 2005, confidential documents obtained by the Free Beacon at its latest gathering showed.

The reason ACORN and the Obama money laundering of 300 million dollars from terrorists, is not because Obama conducted this through fraudulent credit card transfers, which the American public was stuck with the bill in TARP,  so the Rockefeller Chase Manhattan was underwritten in this criminal money laundering, it is because there is now direct evidence as in ACORN paying off political operatives who shilled for Obama in 2016 are a like group in 2017, 2018 and 2019 for 2020, and they are being paid, as in a payoff in what is another illegal criminal money laundering enterprise by Barack Hussein Obama.

The legal description for what is involved in intelligence handler John Podesta is GRAFT.

GRAFT: The practice of offering something (usually money) in order to gain an illicit advantage


Money is being offered to this group and they are gaining an illicit advantage, using the courts against the legally elected President of the United States and the American People.


What Is the Meaning of Graft & Corruption? | Legal Beagle

https://legalbeagle.com/6635615-meaning-graft-corruption.html
Graft and corruption are charges that are typically leveled at highly-placed government officials, who are able to use public funds to improve their own fortunes. When an official uses the access, influence, knowledge or power that comes with an elevated position and engage in graft, they abuse public trust and may be charged with a crime.

https://www.lvcriminaldefense.com/usc/bribery-graft-and-conflicts-of-interest/
Federal Criminal Lawyer Explains Bribery Offenses. There are many different kinds of behaviors that are considered to be federal criminal offenses. Federal crimes are divided up into different categories, based on the nature of the offense. One category of crimes relates to bribery, graft, and conflicts of interest.


The exact legal definition of this coup against Donald Trump is RACKETERING. What has been engaged in, is a violation of the RICO act.

https://en.wikipedia.org/wiki/Racketeer_Influenced_and_Corrupt_Organizations_Act
The Racketeer Influenced and Corrupt Organizations Act, commonly referred to as the RICO Act or simply RICO, is a United States federal law that provides for extended criminal penalties and a civil cause of action for acts performed as part of an ongoing criminal organization.

John Podesta is managing a criminal organization, where graft is being paid, for the misuse of the courts to overthrow the elections of the United States in order to terrorize the American People.
Remember in this, that it was this group which was involved in thwarting Border Security. The result of this is people have died from these actions. That is a criminal act defined as homicide.


While Attorney General William Barr has been investigating the matter of John Brennan and his associates, the time has arrived that the FBI be charged with investigating this and reporting the evidence which has already been uncovered by the Beacon to a US Attorney, for the criminal indictment of all of the parties above, along with the financial sources providing funding for this terror racket against the American People.

Robert Mueller spent a great deal of time, creating crimes out of thin air prosecuting Trump associates, it is time that these real violations of federal law by those involved in meddling with the results of the 2016 and coming 2020 elections, be indicted.

Attorney General William Barr has been most effective in restoring trust in the American legal system in the Brennan matter. It is time that the AG conducts a rigorous investigation of those receiving graft from John Podesta.

The key for a Trump landslide in 2020 is the indictment of John Podesta and his racketeers, not John Brennan. 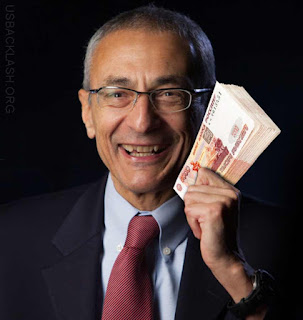