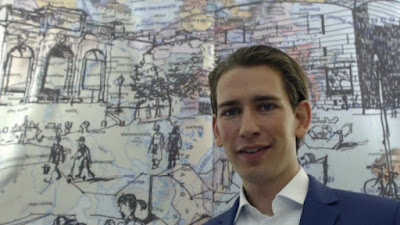 Europeans have always looked at people like sheep of the pasture, cloth of the land. That is the problem which has engulfed America to ruin, in people are no longer allowed to just live, but are instead  kept in fear of some disaster in order to make them dependent upon a central authority.

That is what climate change is, a boogeyman under the bed which is brought out to keep the humans with their covers pulled over their heads, which allows those with the money and power, to not have send out the troops to kill off the excess, in those wide boulevards created to herd masses to the slaughter.

In Protestantism, life is one of trusting in God, working hard to build up a supply of resources and a family takes care of each other, which takes care of a nation. In Europe and what has invaded America, there are now social engineers who really got addicted to the Marshal Plan in making a society where no one was responsible, God was put on the shelf and replaced by a regime so large and so far away, that everyone was kept feeling helpless.

Sebastian Kurz is such a coordinator of the common good for people. Oddly his alliance and association with the Vatican has never been trumpeted, this leftist Catholic, who got the reins for the Austrian right, is one of these Jesuit products of national management, with an eye to an "Eco Economy", while pretending that geezer will be cared for, people will have jobs and Europeans can have their cake and eat it too.

https://www.churchmilitant.com/news/article/catholic-populist-elected-chancellor-of-austria
Control of migration central to political platform. The center-right People's Party (OVP) claimed the top spot in the national elections, with 31 percent of the vote. As a result, party leader Sebastian Kurz is advancing to the chancellorship of Austria. At just 31, upon assuming office Kurz will be world's youngest national leader.


The entire Marshal Plan paradigm was thrown out of order, when the financial cartel began removing Lutheranism, and importing a consumer Muslim vermin. Muslims on welfare were slave labor at time, and at all times creatures which ate resources like a cancer. That made a great deal of money for centralized electricity, groceries, clothes and vehicles, because the inhabitants of the land were not there to produce, but to consume resources the few made and the fewer were selling.


America in protecting Europe created the European welfare state. Europeans without welfare were able to work only 30 hours a week, have state provided healthcare, could sit in cafes and pretend they were superior to Americans and that was about the extent of their pompous lives, as the overriding structures continued to expand on higher tax premiums and charging people their blood for a gallon of gasoline.

Europe had pure air, because it was littered with nuclear power plants, and never having to deal with nuclear waste disposal. See Europe is a fiction of a world which does not exist without America. With America, Europe is the trust fund baby, existing in the police state monitoring in everyone watching you, because God forbid some sheep should bleat and disturb the sheep in the next grid not being allowed to walk on the grass as that just would not be natural.

So as the European order disappeared in massive debt and massive subsidies, the old European Contract is dead, deliberately killed, so a new contract would be produced, that sounds a great deal like John Locke and Ronald Reagan, in lower  taxes, keeping foreign vermin out and people having jobs not in competition with the slave class.

The foundation is: We have finished the #debt policy of the past decades, we have achieved first successes for a noticeable and honest relief of #taxes and #fees and our measures against illegal #migration have shown effect.

Our way has just begun. We want to tackle the big issues of the future in order to bring Ö forward. People need #work from which they can live & need to grow old in dignity in our country. In addition, we must preserve and defend our Austrian identity.

It is our goal to make a contribution to shaping the world of tomorrow. #Europe needs a new contract, we want to help shape it. The new @volk party is the party of the eco-social market economy. Therefore, we will live up to our responsibility for climate & environment.

See that is what is missing in the real examination of Europe.

Europe began life as a realm of monarchs and commoners, arisen from chieftains and armed villagers of warrior classes. To keep power the monarchs disarmed the subjects, and fought wars to reduce the surplus human population.
As that did not produce enough revenue for Jewish banking, monarchs were replaced, the sheep were put into factories and a new collective was created in Lenin's communism or Hitler's socialism. Both are monarchy police state systems, where the masses are given production quotas. In communism the state is the inefficient provider of poverty and in socialism the state is the efficient provider of rationed death.


The European social contract is broken and inclusive economic policies should be on the top of the next European Commission’s agenda, policymakers said at the Brussels Economic Forum on Tuesday (18 June).


See Europeans in the Jewish financiers, moved like the rest of the world to Adolf Hitler's system of employing slave labor for profits. That is where the Africans and Asian were allowed to invade Europe, as the native population was taxed into submission and bribed with benefits which came from the United States picking up the defense bill in trillions of dollars.

None of the leaders of America or Europe who imported this foreign vermin have been castigated as new Hitlers, but that is what they are. They embraced Hitler  production methods so the few could rule and live in luxury, while suppressing the masses to accept their lot in life.

Europeans in speaking of social contracts have a new phrase of "inclusive policies". Inclusive means that the regime powers have discovered that foreign vermin are low intelligence, have zero ability to invention and are collapsing the entire structure which nurtures the feudal few. So after destroying the Lutheran dynamic of morals and invention, the regime is now attempting to restore just enough of this genius and work ethic for a coming robotic transference, so the entire empire does not crumble.
Yes they need those lost 10 tribe genetics to get them to the point of being perpetual immortals. The scheme could not destroy Lutherans and be ruled by Catholics over raping Muslim hordes and  not have to face raping and pillaging Russians and Chinese, who are appearing a substantial threat to that utopia of the 22nd European century.

When they were asked about the reason behind their vote, trade unionists mentioned job insecurity, precariousness, and the fear of losing their social protection safety net.

“This is what a broken social contract means,” ETUC secretary-general, Luca Visentini, told the Brussels audience.

Europe has turned a corner since the 2008 financial crash and the ensuing sovereign debt crisis that followed in the eurozone. “But the legacy of the crisis is very strong and has a name: inequality,” said the EU’s economic affairs Commissioner, Pierre Moscovici.

The European social contract “has to be totally revised,” the Commissioner told the audience.

Europe is currently going through deep economic and social transformations, driven by  a range of factors including demographic change, the digital revolution and the energy transition. Those evolutions require a response at the European level, Moscovici said. “The question of fighting inequality is national but also European,” he argued.


In Kurz speak, his utopia is Eco  Economics, which is again one of those fictions of the Garden of Ease. See in order to produce high technology, it does not just wish into being. The earth has to be raped in mines of rare earth elements, the earth has to be raped of carbon fuels to produce heat and electricity to create those wonder inventions to save planet earth, but in the end consume 40% more and cost 200% more in resources than the old coal and oil based economy of production. It is a Newtonian fact, that robots and computers do not grow on trees exhaling carbon dioxide, but are the products of very expensive  production methods and resources.

The garden of ease will literally cost too much to manufacture and it requires yet to be born genius to invent a way out of this Catch 22, so INCLUSIVE, which is another  name for a specific breeding program of certain Europeans in protecting them or progressing them, is what is at the base of all of this, as Sebastian Kurz' new order speaks of solving climate change, caring for geezers  in wheelchairs and giving jobs to people, because they care for them.......no it is a smokescreen of imprisoning the masses in a new way, until their use is past, and then they will be discarded just as the cancer Muslim invasion of Europe was discarded when it was discovered that all those vermin were eating the future alive.

That is the new European Social Contract and Sebastian Kurz for the Habsburgs is most intelligent for admitting he like all of Europe is in a holocaust not of Habsburg design, and the only way out of it, is to exploit the Chicoms in their horrid technology stolen from Americans, discard the consumer Muslim, secure oil from Russia and North Africa, and when the new crop of well tended Caucasian begin to produce, robots will manufacture all the poisons in Africa, while Africans for a blinking cell phone will allow their resources to be plundered so Europeans, looking suave sipping coffee enemas in cafes, will make a suitable police state civilization off their African livestock.

Not much has really changed, except the words, and now it is all smiles bringing a more suitable order to Europe, as American traitors for 30 pieces of silver remove America from the bright Kurz future for Europe.

Europeans are well suited to delusion, wearing the king's harness and selling their souls for a certificate that says they are more wonderful than their wonderful neighbors with the same piece of paper.


Once again, another Lame Cherry exclusive in matter anti mattr.