Why the Money Whores are against Donald Trump's Tariffs 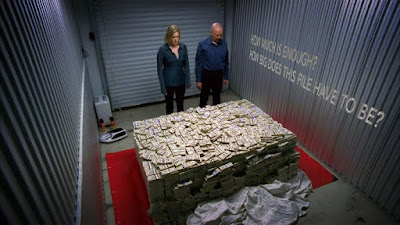 Oh so our money goes to Mexico and they send
their slaves to America and Erick Erickson does not
want President Trump protecting Americans with tariffs.

I really detest propaganda liars, as they rape the minds of the political retard with terms like climate change, tax breaks for the rich, and the latest one has emerged from the Erick Erickson and John Thune, whores of the Nazi Conglomerates in the phrase, "Americans pay for Mexican tariffs", which is undermining the United States and leading to our genocide, so the Koch and Buffett types can glean billions more in selling out America.

As most of you have no conception of what a tariff is, the Lame Cherry will explain it.

A tariff in American colonial times was designed to raise tax revenues, and to make British manufactured products which were strangling Americans in prices and retarding American industry from starting, so high priced, that Americans would invest in making their own china, silverware, firearms, which could then compete with the market in America and the world, to eventually divest England of her financial monopoly, as men like Astor did with fur, Carnegie die with steel and Rockefeller did with oil.

So in short, the American government placed tariffs or a higher price on imported goods, which yes, Americans would pay, BUT THE GOVERNMENT WAS NOT HOLDING A GUN TO AN AMERICAN'S HEAD FORCING THEM TO BUY ANYTHING. It is the same case now with Mexico, in an American is not being forced to buy things from Mexico, and nothing Mexico is dumping in the United States is a product that you are going to die if you can not get it.

If an American desires spinach, they can plant a garden. If you want a car, buy a Ford as this is GM and Chrysler. Computers, there is Japan and South Korea. Beer. The Europeans own Budweiser, so crack open some good Hamms, Blatz, Olde Mill, Schlitz or Coors and you will not die of beer withdrawal.

See there are other products out there, which are American friendly, so you are not going to have to pay the Mexican tariff as Erick Erickson in lying to you about again.

Who is funding this Erickson and John Thune propaganda, costing American jobs?


Corn is not farmers but Agribusiness conglomerates. Pork again is a hog farm conglomerate. Retailers, are those people who do not give a damn about America, and will sell out the Untied States, as long as they make their million now, while all this goddamn foreign vermin takes your job, as the good jobs are outside the United States.

Once you get the Truth in tariffs, you see what heinous, money whores, these prostitutes are like Erick Erickson, who have their cake and are eating your's too, as the reality is with tariffs is as was explained above, in tariffs will in time produce American jobs inside the United States by evening the playing field, and the wonder of it is, that tariffs  bring nations like Mexico to their knees, because once George Washington levied tariffs on British goods, within 30 years, Yankee Traders were beating the British at shipping, and by 1890, Randolph Churchill, Prime Minister of Great Britain had a massive problem in England in American goods were smashing British industry, as the Brits could not compete with Americans.

Those are the facts in this, but do not think that I am letting Donald Trump skate on this, as he is right on tariffs, but the one tariff he is flat ass wrong on, is his Visa Vermin and Border Busters. There should be a tariff placed on foreigners coming into the United States for jobs PAID by businesses of 20,000 dollars a head. This would cover the billions which these Visa Vermin are not paying in income taxes and pay for Americans not being employed, as that is another horse shit propaganda line that, "Americans will not do these jobs". That bullshit leaves out that Mexicans take these jobs, because they do not pay income taxes on them, and businesses do not have to pay medical, as they deliberately underpay Mexicans so Americans will not take the job.
The reasons Americans are not working at these shit jobs, is not because they are shit jobs, but because they are abused by these employers, the state will not protect them, and these rapist businesses will not pay a living wage to Americans.
An American can not compete with a foreigner, when the foreigner works for 10% less, but does not pay 35% that Americans have to in income taxes and Social Security.

So until the President levies a wetware tariff on Mexicans and Asians of 20,000 dollars to even the working conditions, his tariffs have not gone far enough, and he too is part of the problem

So now you know about tariffs, economics, and how you are being lied to by these fat bastard whores who represent not you, but the trillion dollar conglomerates, and like Bill Krystol want to see American White's obliterated from the work force, for these tan skins who are getting a better deal than Americans are.

Once again this is another Lame Cherry exclusive in matter anti matter, and you have learned more in the ten minutes reading this, than in five years listening to that shit that Erick Erickson and John Thune shovel out to you by the bucket.