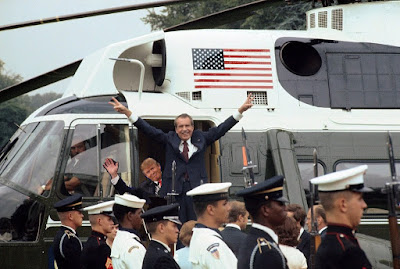 When I refer to President Trump and Donald Milhous Trump, it is not in any way meant to degrade, as it is a compliment, as I revere President Nixon, even with all his socialism, and his far too often being a leftist environmentalist as he started the EPA and move to protect predators which has ruined wildlife management.

Richard Nixon though wrote the policy papers for Ronald Reagan, and to the time of his death. Richard Nixon influenced and brought about the greatest foreign policy successes for President Bill Clinton.

Richard Nixon was the politician of the age. Meaning on a global stage, he had no equals in his time, and he surpassed the most gifted politicians of the 20th century. The greatest disaster in world politics was the coup against Richard Nixon, because Richard Nixon was a visionary in domestic and international politics.

Nixon was superb when it came to the elections of politics  and the psyche of Americans. He understood what beat at the heart of an American and if Joe Kennedy had not stolen the election from Richard Nixon in 1960 and Hubert Humphrey had not been such a perfect political creature, Nixon would have easily entered the White House.
In 1960, Dwight Eisenhower the Soviet apologist refused to assist Vice President Nixon during an economic recession, which is what kept John Kennedy in that election. In 1968, Lyndon Johnson's Vietnam War meddling is what drew Hubert Humphrey as close as he did to Nixon.
Once Nixon though was President, his genius was revealed and when the communist George McGovern of South Dakota ran on the Obama plan, Richard Nixon won in a landslide.

In knowing the history of Richard Nixon, I hear his echoes in Donald John Trump. Donald Trump has chosen to run, not against the democratic nominee, but against Congress, the Federal Reserve and the Skirt Squad.

Media Mum Rep. Ilhan Omar’s 8 Instances of Perjury – Could Face 40 Years in Prison or Deportation There is credible evidence that Rep. Ilhan Omar and her family changed their name to illegally enter the United States back in 1995. And since that time Ilhan Omar as an adult continued to defy US law
Gayway Pundit 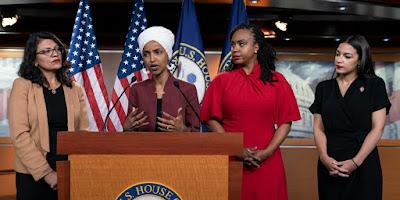 It is brilliant for Donald Trump to pick fights with these four women, because liberals do not really like them. There are too many of them for the American mind to figure out. They get hard over Alexandria Ocasio Cortez, but she sounds like Mini Mouse. Her policies are not what democrats want, and in the din of these tanskins, you got that Minnesota turban head who was wed to her brother, and then these two other quadroons who like Michelle Obama just end erections in men and lesbians, and the confused voting mind just rejects these four, and stops listening, except to Donald Trump who in tweets is defining them and people are receptive to the reptile brain simple analogies of "they are not capable of loving America".

That is quite brilliant as it goes back to what women are good for in nipples to suck and cunts to fuck. Every human wants to love their mother or their wife, and in their child brains they break everything down to, Oedipus Rex. When you look at the Skirt Squad the primeval mind is analyzing would the above women make good mummies or wifies. When the conclusions of the above women from left to right triggers that the one with glasses looks like she will eat you or pull your balls of. The turban head looks like she would sell you to a dirty old Muslim. The woman in red looks like she would crush you if you nursed her or had sex wrong according to her will, and AOC looks like she could not rescue you from the other three, the fear factor comes into the human mind, and a phrase like "they can not love their country" resonates in the reptile mind of  "these women can not love me".

That is the Nixon part of Donald Trump. He understands what people really want from women is let us know we are not alone. These women leave voters feel they will be abandoned. That was the disaster of Hillary Clinton in women saw her as the woman made Chelsea an only child and kept Bill from love and that was it and always has been it for Hillary Clinton, in no one wanted around them. 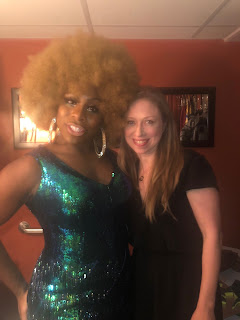 Yeah everyone has freaky problems, but even freaks want a mother who is not a freak show.

It was Richard Nixon who urged Donald Trump to first run for public office. Nixon realized that Trump was a gifted politician, a man capable of appealing to the Nixon majority.


Donald Trump in 201 AD in the year of our Lord, was WWE arena theater. It was over the top and the perfection of fake wrestling, and none of the elite could figure out they were being played, because they would never have been caught dead watching pro wrestling.
WWE proves one thing in human psychology, and that is you can lie to the fans, cheat in the ring, berate them and betray them, but in one word tell them you are winning for them and you made a mistake, the fans will take back every Randy Orton they were singing YOU SUCK to just a minute ago, because Donald Trump knows people are looking for something to love or something to hate. 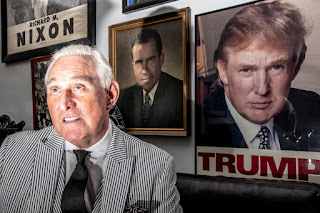 Donald Trump is giving himself to love and presenting others to hate. This is nothing Nixonian or Trumpian. It is politics. Obama with his racist FOLKS epitaphs against Caucasians was  the worst demagogue in American history, who surpassed the despot Franklin Roosevelt. Bill Clinton was the original bad boy of WWE as he took on the role of the guy with the ball and chain making his life miserable, and as most people were miserable, the majority said it was ok that he raped women.

Times change though, and Donald Trump is establishing his role to keep that 15% non election theft margin, which is what all these elections are about in their fraud.

Donald Trump has already been chosen by the elite to have the election handed to him in 2020 AD in the year of our Lord. It will be a tough row to hoe though as the world is back into the Obama Super Depression and Donald Trump has been betraying his 15% of Christians and Conservatives who will not vote for him.
His goal is to make this up with the Negroid and Lantino vote in that 15% margin to make up for his neo Trump party, which will be electing Ivanka to the White House.

Donald Trump is running a mutant campaign from 2016 AD in the year of our Lord. His AltRight creation from Jared Kushner's jewry has the same Jews in bed with Muslim Omar as Jews are a treacherous lot. Jared Kushner instead of suppressing Black votes as in 2016 AD in the year of our Lord, is moving to gain the Black vote in those necessary numbers. The Obama Marxists do not want the Negroid Christians in the democratic party. Donald Trump railing against Godless Negroid Marxists has a Quadroon Congress which is running from Obama, and liberals who do not desire a second Obama erection or election.

All these realities work against the defeat of Donald Trump and in Nixon politics, Donald Trump is working with them, to repeat a victory. There simply is not a Bill Clinton in the democratic field for 2020 to appeal to voters. There are only candidates who appeal to the schisms of the liberal mind and none of that produces a majority.


Donald Trump has inherited the American Nazi party of Hillary Clinton. He never has been an Andrew Jackson nor a Ronald Reagan. He is though a spiritual kindred of Richard Nixon in being a domestic socialist and a foreign internationalist. 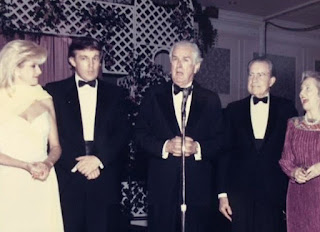 This once again, is another Lame Cherry exclusive in matter anti matter.