John Cusack is the worst actor Ever 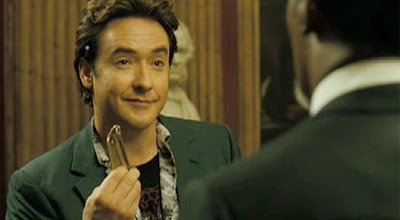 
I believe I know why liberal John Cusack is nuts.

Actor John Cusack Calls For A Coup Against Trump In Unhinged ...

https://www.dailywire.com/news/31530/actor-john-cusack-calls-coup-against-trump-amanda-prestigiacomo
Actor John Cusack Calls For A Coup Against Trump In Unhinged Twitter Rant "We need to kick Trump out of the office now He's ill, deranged and dangerous ...

John Cusack hits back at 'MAGA f***s' after not standing ...

https://www.dailymail.co.uk/news/article-7062225/John-Cusack-hits-MAGA-f-s-not-standing-fast-military-salute.html
Actor John Cusack has hit out at sports fans in a foul-mouthed rant after he was pictured sitting at the start of a military salute during a Chicago Cubs baseball game last night. The Con Air star ...


It all makes sense after watching a movie he was in entitled 1408. It is some kind of horror movie, but as I told TL, I was hoping for the ghost in the first 5 minutes and and hour into it, I was hoping it was over a half hour before.

Being forced to watch a liberal mind in torment, is eye opening, as this is what Alyssa Milano to John Fogerty to Jim Carey to whatever else Cusack manifestation upon the world is in reality.

1408 is about a haunted room in apparently no one can last 60 minutes in it. The problem is that the events are so disconnected that it is not a haunting but a liberal mind. With the Carpenter's playing in the background, the hotel informs Cusack that he can hang himself or keep existing in his mind. Yes I was pulling for the noose, but then Cusack grows a pair by burning down the hotel he is in.......because he admits he has been a selfish liberal. 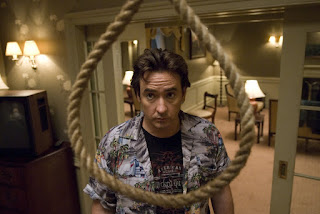 Now I have suffered through allot of shitty movies, but this one is the worst. I have watched German horror pictures, a strange Alien type lesbian film as Samuel L. Jackson who manages the hotel, drinks booze and is glad Cusack burns down the hotel.

So that is why John Cusack is nuts. Samuel L. Jackson drove him insane and not Donald Trump. Honestly, I hope that all of these liberals paint 1408 on their doors, and then try burning down the room with 800 dollar a bottle cognac.

Unfortunately the movie does not end, but keeps on with Cusacks dead daughter talking on a recorder, which is how the movie ends. There is no ruining the ending as this is the most stupid movie I have ever witnessed and I have seen the worst.

Dark Spirits and Blood Predator are horrid most of the time, but have moments. John Cusack has no moments and for a good cast this movie makes one wonder why in hell anyone wanted to be in this movie after reading the script.

We now know though why Cusack only has time to tweet. He has no career as his thoughtful acting which reminds one of a femmy guy trying to piss a too large penis turd, really wears thin as his macabre skin color and greasy hair, which looks like he sleeps in a mold and is pressed into shape physically as Samuel L. Jackson has some soul press, set on unpleasant. 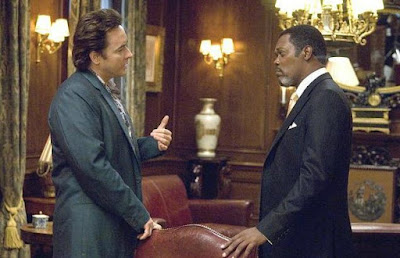