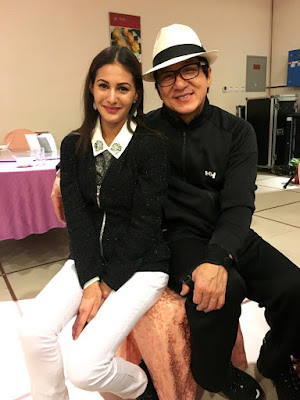 This blog is suppressed by Google. That means their owner the NSA and the alphabet CIA. I have  told you that it is bogus there were writers that had 1.5 million views like Catholic Matt Walsh. It is all bots. It is why without this fake traffic, Glenn Beck to The Blaze disappeared.

As you always get exclusives here, I am going to share you a happening in this war for truths. Below you will read of  a Google snapshot of the Lame Cherry for a moment in time. While I am not fixated on where my audience comes from, I do find it of interest that as much suppression as takes place with this blog, there are locations around the globe which set spikes in traffic flow.
This is what I meant in bots as on Facebook which elevated traffic in order to charge inflated ad fees. It was a scam to suppress some sites and promote others. The NSA, CIA, FBI all knew this, but it is Mockingbird so it was condoned.

In my poor orphan girl world, I do not take Google ads. I have noted though that in Trump's Russia problems that traffic flows spiking out of Russia and Ukraine. This past year though I have had more unique visitors in Indonesia than the United States. Below you will see that Vietnamese readers were very high in traffic flow.

I conclude this is either a shadow server spoofing a nation or there are servers set up to inflate traffic flow. In my case it is suppression against promotion. In the Mockingbird, it is traffic flow designed to generate billions in a most interesting money laundering scheme for the cartel elite.

Now if some rich people had donated generously, I would not have noticed this and would have been out fishing crappie and perch. As they have not, I have been noticing things as my mind by God's Grace is an immense reservoir of a data which I discover all connects, as the Lame Cherry knows all and connects the dots.

It interests me that the Indochinese are the location of this venture in an immense war of internet traffic. Just as your phone has certain links in numbers that are called, which trigger all of those telemarketers in that money laundering scheme.........a great deal resembling ActBlue and WinRed selling your information.


The Cyber Monsters of Donald Trump