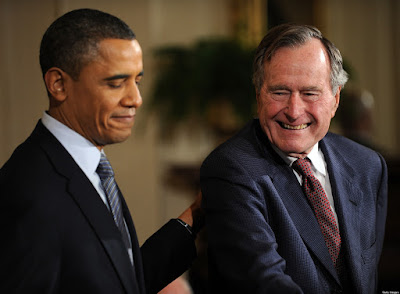 
I have no intention of being sucked in by Tavistock Standford brainwashing of the masses of the Webster Griffin Tarpley dividing of America between Adolf Hitler Socialists and Joe Stalin Communists. I would suggest that everyone on the right and left take a deep breath, and ponder the police state and millions dead under these leftist regimes. These are not utopias, but this is the reality of what Americans will be offered in 2020 AD to vote for, in the GOP will be a third rate party as it is transformed to National Socialism and the Obama democrats will put forward Marxists for their first official run at the White House, and not as stealth Obama did in his community organization.

What the Lame Cherry intends instead of calling a spade a spade, and that is what Barack Obama was, in he was a black revolutionary in the New World, who resorted to terrorism in the streets of Philadelphia, Chicago, Ferguson etc... to intimidate Hillary Clinton voters at the first in 2008 and later in the streets of Benghazi homosexuals were raped to death by Obama's Muslim terrorists there.

The latest boast from the image of Obama was sanctioning the CIA Washington Post terrorist editorial in branding President Donald Trump an enemy of the State. For those on the left who cheer this rhetoric, just remember that the first acts of Barack Hussein Obama and Eric Holder were to steal the election from Hillary Clinton in 2008. This duo then went on to arm terrorists on the Mexican border and move firearms from Mike Pence's Indiana into Illinois to terrorize people there, as Obama's financiers took control of Chicago drug carterls from the Mexicans and brought in MS 13 out of El Salvador.
Obama's first victims were all liberal democrats starting with John Edwards and Rod Blagojevich.

Obama's politics are suppressing political discourse and intimidation. He was the first who began racist slurs in using the term 'folks', as that was code for White Protestants who usually do not vote and in the numbers they do vote, vote a moral society. Freedom is not what Obama nor the left has deluded themselves into believe in activities which bring about their own harm and destruction, as it destroys the nation, in sexual deviancy, removing the right to self protection to slashing women's wombs as a right.

These Obama terrorists who use the deep state CIA fronts of the Washington Post and New York Times as Edward Lansdale platforms, are producing a the Molotov Mob who spread rhetoric with incendiary terms to divert the attention to Donald Trump, so reason fails in those on the left as they emotionally trigger to this kind of dogma as those on the right still trigger to the tweets Donald Trump deploys to manipulate those same deceived voters.

Obama says he's 'proud of' former staffers
who slammed Trump for 'poisoning of
our democracy' in fiery op-ed
The Hill, by Aris Folley Original Article

Former President Obama tweeted Saturday that he is “proud of” how former staffers of his administration are “continuing to fight for an America that’s better” after they penned an op-ed blasting President Trump for his “poisoning of our democracy.”“I’ve always been proud of what this team accomplished during my administration,” he tweeted with a link to the op-ed, which was published by The Washington Post on Friday.“But more than what we did, I’m proud of how they’re continuing to fight for an America that’s better,” he continued.

In an opinion piece for the Washington Post, 148 African American members of President Barack Obama's administration came together to explain why they support "The Squad," made up of Reps. Ilhan Omar (D-MN), Rashida Tlaib (D-MI), Alexandria Ocasio-Cortez (D-NY) and Ayanna Pressley (D-MA). According to the Obama alumni, President Donald Trump's "go back to where you came from" comments are unacceptable and racist. Although they're bothered by the language Trump used, they use it as "jet-fuel" for their activism.

All of this is the perfect political storm. It is the same process whether it was in the graveyards of Berlin,  Moscow, Paris, Hanoi, Tehran, Havana or the modern outposts of Caracas and once again the cities of America where these same manipulators, for international financiers corrupt law enforcement, rage in the media, and produce the necessary events to criminalize the population, as the right and left both are delighted when the police state is turned on one or the other.

There are not going to be any cooler heads on the left to reject the Obama terrorism in the United States, because the few are funded by the financiers and for them every candidate is funded who will divide the party and what will prevail is Obama terrorism.

This is the reality of the legacy of Barack Hussein Obama and those the financiers have left in position in order to implement  the same anarchy which will lead to the robbing of American national assets and the coils of the police state controlling every aspect of American life.
For those who think this is not possible, it already took place when Hillary and Bill Clinton, with Barack Obama full support, sold the Russians control of American uranium, which the Bush family implemented to loot Russia and enrich the American oligarchs. LaVoy Finnicum and the Bundy group were murdered and imprisoned over what is under American lands which Americans own, and that is mineral resources and water. Yes Obama went after American water and criminalized it's use by  the courts and Obama murdered LaVoy Finnicum over the uranium under the soil of Oregon.

Of course there are those deluded on the left who believe in their agenda. There are also a number who are trolls for the police states driving the rhetoric. These incendiary groups keep things smouldering until an intelligence operation appears in denouncing Donald Trump, and the image Obama throws gasoline on it, to be the American based communist meddling in United States elections. That is what 2016 and Robert Mueller was all about. It was never about Russians, but about the meddling of Obama having two elections stolen for him, and the reality that Hillary Clinton did not succeed in stealing an election, because the DIA backing Donald Trump thwarted the effort.

Those are the facts, and I have posted them numerous times, and I can post them a thousand times more, unless this blog is finally censored and then the rich can wonder in God's Judgment how they can donate with the Lame Cherry gone forever, and they suddenly have no idea what is going on, but  discover strange news stories appearing that the rich are the enemies of the state, for not being part of the "working syndicate" which employs (enslaves Curry, Sand and Taco Niggers), so therefore their holding property, having portfolios and having money in quantities is a crime, because that money should be used for the common good, as it takes an Obama organized village to brainwash a child.

There are very few voices left who are legitimate in this world to speak the Truth and keep the Fahrenheit 451 faithful informed to provide leadership and carry the message to the silent conversations.  This blog first warned people that Barack Obama was running terrorists out of 1600 Penn Avenue, and no one would believe it, and it proved exactly true in Libya and Syria. Now this blog is telling you that Obama terrorism is a fact in the United States, as it was groomed in North Dakota oil fields in Soros funded terror training there at the Keystone pipeline.

There is not any stopping what is coming as America is already controlled by a split minority of reactionaries and revolutionaries, as the money state funds them. It saddens me who dense the rich are in being brainwashed into arrogance that they are above it all, when all they are is exposed for the time to come. Our Founders once pledged all they had for the United States, but what America is, is the idle rich who want it hired done on the cheap.

Their nature has allowed the establishment of  the legacy of Barack Hussein Obama as terrorism in the United States against Americans on the right and on the left.