How Donald Trump Dies In Office 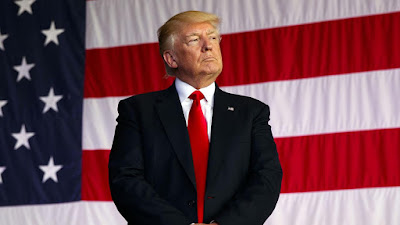 I can see my 3rd and 4th term as President from here!


The Re election of Donald Trump is the subject of this article, and this article would not have to be written, except for the fact that Donald Trump chose not Christ to deliver him when the deep state unleashed their coup against him, and was then forced to become Barack Obama's third term, abandoning MAGA and alienating the majority of his voting base.

In my personal world, Donald Trump betrayed me in his not keeping his campaign promises, in this Jehu, which he morphed into. I though fix things and am loyal to God and Country, so my motivations are always for the United States  and true American Patriot.

I am not going to waste a great deal of time in this, as Stephen Miller knows how to read, fill in the blanks and explain to Donald Trump this post on how to elect himself to a 3rd term, because if Donald Trump takes this advice, he will serve out his life as President of the United States.

The reality is, the Obama Super Depression never ended for the United States or the world. Donald Trump in his Gary Cohn, Goldman Sachs rapine, did nothing to establish a Reagan Recovery. All of this began when George HW Bush read his lips, and raised taxes, and Bill Clinton retroactively raised taxes, and when the Clinton Gore recession took hold in the autumn of 1999 AD in the year of our Lord, George W. Bush inherited that recession,  which  9 11 turned into a global depression which in 2008 was unleashed to install the fraud of Obama looting on the United States and the world.

Donald Trump has severe economic pressures for 2020 AD in the year of our Lord, and there is nothing he can do with  Congress to produce a Reagan recovery by election day. The US has not the manufacturing, and with the Trump Visa Vermin, Trump allowing oil companies to rape people in that inflation across the board, along with keeping record Obama taxes with Obamacare for 3 years, sucked all the life out of American bank accounts.

In order  to save Donald Trump, on the same lines that QE was a fraud, it is fraud in the Federal Reserve notes, the Stock Market is a fraud, and there is not an economy in America, but a managed nazi conglomerate state, the following measure is as legitimate as Abraham Lincoln issuing Green Backs to fund the Civil War effort.

The following is the reality that Donald Trump as President can establish this, all without Congress and the Courts. It is the creation of E Currency in the Trump Card. 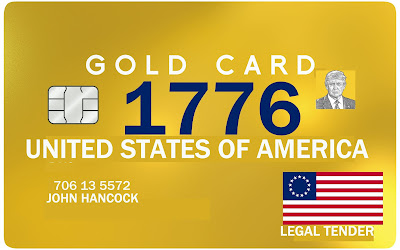 Each Citizen over 18 years of age would receive a Trump Card, valued at 250,000 dollars. This card can not be traded, speculated on or sold. It is legal tender backed by the United States.
It works exactly as a credit card, debit card or SNAP card.

For those who are 17 years old, and will whine about not getting their money, this is a Jubilee card which will reissue in 50 years along Biblical doctrines.
This card is non transferable, in no one can inherit it. If you die, the e money vanishes.

Now this is the key to the card. This card if redeemed immediately will be worth only 25% of value or the full value of paying off student loans. This ends Bernie Sanders student loan cancellations and ends that reparation farce, as this is America and everyone deserves an even chance every 50 years, so everyone gets the value of being an American.

At 5 years, the value of this card will be 50% of worth. Hold this card 10 years or until reaching age of retirement, it is redeemable at 100% of value. People will be rewarded for saving money, but if you swipe this card for a candy bar immediately it will be only worth 25% of value of the 250,000 dollars, but it retains that value indefinitely, until the death of the holder. Meaning a Citizen can spend 30,000 dollars on a new vehicle and whatever is not spent is kept on the card until it is all used. This card can not be cashed in for currency.

Most Americans are grasshoppers in saving and not ants. They will spend this money which will produce a heating up of the economy in purchasing US made goods. This money is non taxable in income, it is though taxed on the spending, meaning a company will pay 35% in income taxes, and each time this cash is spent in the economy it will create tax revenues at 6% rate. In reality, the federal government in the direct subsidiary of this to American Citizens with Social Security identification will have this entire amount returned to them by tax revenues collected of this money rolling over 11 times in the economy.

It is obvious that people who manufacture goods, who provide education, who make loans, will all be in favor of this, which means Wall Street would back this cash cow, which is separate from the US Dollar, and there is not one Citizen who is going to turn down an immediate 62,500 dollars or wait ten years for the full 250,000 dollars.
The end result is the US economy by summer 2020 is going to be humming along at prosperous growth. It will heat up the economy  in expansion for 2 years, and it is hoped that in a Trump second term, that he will at that time have the fraud Congress pass Reagan tax and spending reforms, which will produce an endless growth cycle. At 5 years money from the Trump card will infuse the economy again, and at 10 years the windfall infuses again, and Donald Trump will have expired probably in his 4th term by then, leaving a prosperous America.

This can be done, because Lincoln did it and John Kennedy did it. Obama handed out money to his corporate green cronies like a crack whore, all the while money dumping in e infusions to Wall Street, so for those who say FIAT ECONOMIES as a Trump Card can not be done, they are lying. The difference in the Trump card is the People get the money first, instead of nothing at all.

As stated, Congress has the authority to mint coin, and that is it. Donald Trump in the US Treasury and each state can print fiat currency or paper money. That extends to e currency generated on cash cards.


These notes would bear the issuing bank's name and entitle the bearer to the note's face value in gold or silver upon presentation to the bank. State bank notes were a form of representative money; they were not gold or silver, but they represented it. The notes were more convenient for conducting large transactions than their specie counterparts, and, more importantly for the extension of credit, could be produced easily whereas the gold and silver stock of the nation was relatively small and for the most part declining (Hixson, 12-13). The Supreme Court ruled in 1837 in Briscoe vs Bank of Kentucky that state banks and the notes they issued were also constitutional.

This is how Donald Trump solves the recession that Gary Cohn created for him and America. It is how Donald Trump wins  his 3rd term. It is sound economic policy and it is time that Americans be rewarded instead of economically raped every day of their existence.

Once again another Lame Cherry exclusive in matter anti matter, serving President Donald Trump, who has brought zero benefit to this poor orphan girl and leaving me by the side of the road. 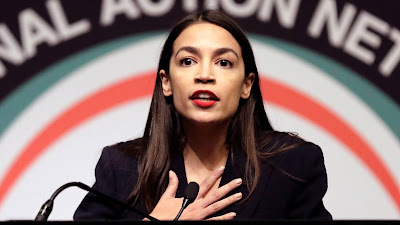 Oh my, I'm voting for Donald Trump as President!!!