Oh to be Meghan, now that the money is here. 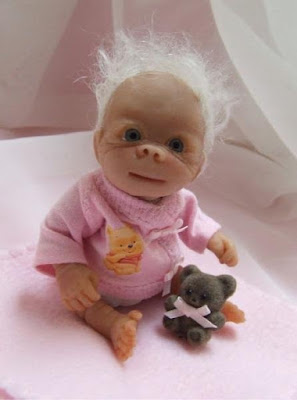 
Now that the Austrian Sebastian Kurz is in control of Africa, the English must ask themselves if the Queen ordering Harry to marry the Quadroon, is worth it to get the British foot in the door of colonies they threw away to communism, when the Queen of Sussex, her royal highness Meghan, simply is doing to the British Monarch in what Birther Hussein Obama did to ruin the American government.

It just seems there is not a way that the Queen of Sussex can not find to spend money while poor British subjects are terrorized in their streets by Muslims.

For example, Meghan spent 3 million American on some rattles and diapers for infant Archie.


Criticism over the pair's decision to keep baby Archie out of the spotlight has been mounting for months. And recent revelations -- that British taxpayers footed a £2.4 million (about $3 million) bill for home renovation,


It became quite riotous when Queen Quadroonia, announced that the commoners would all be banned from the baptism of infant Archie and that the public would have to divert their eyes to not look upon the royal offspring.

Fortunately there were photos taken of the event to appease them masses, in that which is line to the throne. 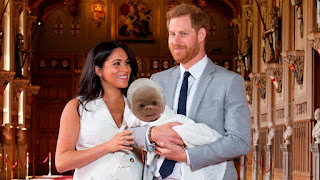 I did it for Queen and Country.

Outside though the crowds roared in stating things like:


Darwin says we evolved from apes. We will not be ruled by them!


It became unruly and the Beefeaters had to be called out, as Englanders were held down as Muslims beat them with sticks. 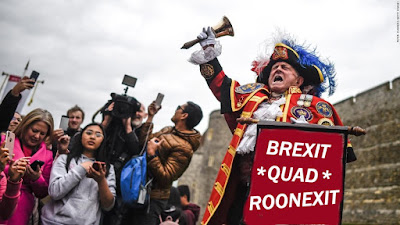 One man's trash is another mans' treasure!


Fortunately for the royals, all inside was quite calm. Here Prince Phil and the Queen admire infant Archie, as an ancestor of Meghan and Archie looks on. 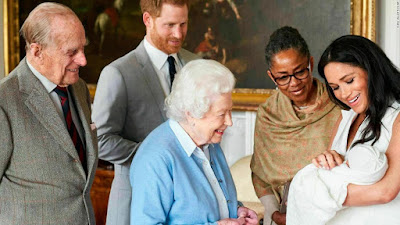 Meghan love, what time do you have to have it back to the zoo?

The King and Queen in waiting of the House of Windsor were in great merriment, being well received by their subjects who simply adored them with all their hearts as Prince William regaled them with rhymes. 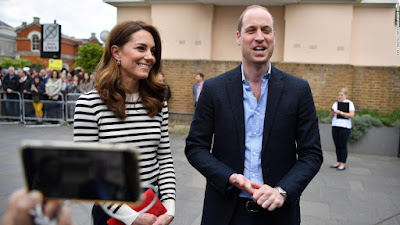 There once was a Meghan quadroon
Who danced to an organ ginder tune
She swung from the drapes and her kid looked like an ape
But the Queen laughed and said the kid looks the baboon.

With the future King and Queen settling the crowd, the Queen of Sussex strolled out of the ceremony with plans to spend even more money on a new jungle gym for infant Archie. 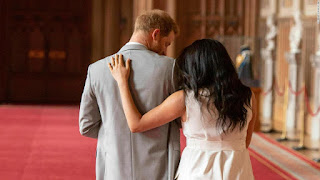 Do you think we can get an orangutan from the zoo next time my Queen?


The new world order is certainly in this Orwellian animals house bringing those children of Ham off the plantation as colonizing them will be easier this time, with Meghan convincing them all it is alright as long as she gets to be pretend Queenroon.