Even a rooting Canadian finds a Truffle once in awhile 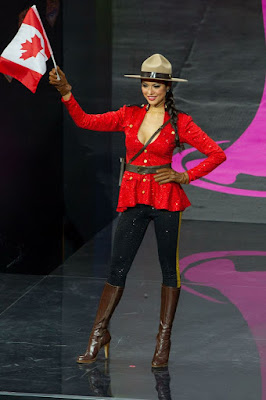 The Durden Boys featured an interesting theory from Canadian physicists which basically states that where we are, is really inside the mother of all black holes as this combines to explain all we are.

I will explain this reality after your read through it.

A team of astrophysicists at Canada’s University of Waterloo have put forth a theory suggesting that our universe exists inside the event horizon of a massive higher dimensional black hole nested within a larger mother universe.
Perhaps even more strangely, scientists say this radical proposition is consistent with astronomical and cosmological observations and that theoretically, such a reality could inch us closer to the long-awaited theory of “quantum gravity.”
The research team at Waterloo used laws from string theory to imagine a lower-dimensional universe marooned inside the membrane of a higher dimensional one.
Lead researcher Robert Mann said:


”The basic idea was that maybe the singularity of the universe is like the singularity at the centre of a black hole. The idea was in some sense motivated by trying to unify the notion of singularity, or what is incompleteness in general relativity between black holes and cosmology. And so out of that came the idea that the Big Bang would be analogous to the formation of a black hole, but kind of in reverse.”


The research was based on the previous work of professor Niayesh Afshordi, though he is hardly the only scientist who has looked into the possibility of a black hole singularity birthing a universe.

If  you want to read the above again after reading the following, the above will probably make more sense, because it has been a certain orphan girl in need of rich people's donations, who has been telling you that the matrix says that there is only ONE UNIVERSE and not the ridiculous theory of multiple dimensions or alternative universes. All there is, are numbers of choices available to affect the future, with one past and one present and one future. There is a Spock with a goatee as a bad Vulcan like on Star Trek.

That is what SINGULARITY translates as in the above. If you read the above from a Biblical reference, our universe is an extension, through a portal to the all encompassing over "universe" or Heaven where God is.

Those dumb ass Canadians in thinking about things in matter universe in how Einstein was wrong as I have stated relativity is wrong, and all this bullshit scientists come up with to try and prop up that theory with new ideas which are not answers, but diversions from the facts, are close to the Light equals Light formula which I have published here exclusively.

I find it remarkable that egg heads have blundered into the Truth, but then if you give a geek a computer with data long enough, the computer will produce a reality that even egg heads will have to believe.

I am not about to cut Canadians any slack as that Trudeau is one real peckerhead which a nation has to answer for, but I do like most Canadians, except the ones who post threads online on American sites, as their Canadian sites are so boring, and they need to be slapped around a little as they are all like the Virgin Mary at mass in thinking people don't need to bring up the last thing she really did was 2000 years ago in having Jesus......... I mean that is sort of milking a deal, if you ask me.