Once Upon A Breitbart

As I have already explained in the archives who assassinated Andrew Breitbart and why in protecting Birther Hussein Obama, there is a reality in Donald Trump's WinRed as much as the connection of Gerrit Lansing who was handed the monopoly of WinRed over better codex vendors, that the question is to be answered just who was it that created Andrew Breitbart?

Andrew Breitbart was a webmaster genius, the literal first in his field as the internet was still being builty by the Central Intelligence Agency and the alphabets. Every start up and every child prodegy, including Bill Gates was on the CIA's radar as this was the engineered quantum leap which was being ushered in by the intelligence community, to make the internet the new television control of the last 20th century generation.

In noting that it was Breitbart who wrote the codex for the Drudge Report, in that little fag Matt Drudge's website, which was first featured on the Rush Limbaugh program, who was a creation of CIA Director William Casey's neo Mockingbird program for the Reagan Revolution propaganda machine. Links this all to Casey's creation of ABC Captial Cities for the expressed purpose of a right wing propaganda platform. For Limbaugh to introduce millions to the Drudge Report, came from orders on the inside, as Limbaugh the Joseph Goebbels of this operation to produce a media wing to counter the leftist control of American propaganda.

Like all things FOX, though in Shep Smith is a dick up his ass, Limbaugh once stated in a 60 Minutes interview that he would do something else when this radio theater ran out. That blunder revealed that Limbaugh never was a believer, no more than all these other paid for frauds. He was just an asset manipulating the masses the way Ed Schultz or Jim Acosta is the new whore of the CIA left in this dramatic diversion.

Andrew Breitbart though, unlike the Jewess Matt Drudge, who is a dick up his ass too, a common trait in this Ann Coulter field of feces penis rectum and vagina's coming out of the Bush association, as it has been hidden  that James Clapper, who worked with CIA Director John Brennan in the coup against Donald Trump with British MI6, Mosaad and the Clinton campaign, was a risen star of George W. Bush. Yes James Clapper is a Bush man and James Clapper for those who know his past, was all part of the CIA's managed creation of internet information flow in CyWars........It makes a bit more sense when you know the underpinnings of all of this, but I digress, as this is about Andrew Breitbart apparently was a real person with real loyalty to the United States of America.

This Patriot Jew though, apparently was being paid nothing, absolutely nothing by Matt Drudge to manage that website, so Breitbart heard the call of Arianna Huffington, and wrote the codes for Huffington Post. Huffington was the wife of a Californian Reaganite who became a leftist, like Shep Smith and the lovely Chris Wallace, after the money ordered it, and with that cash dump on Breitbart, Andrew Breitbart using that currency founded his media empire, which was quite connected. Connected enough that he got the dirt on Obama to bring that fraud down and was taken out by a hit team on the streets of California.

In understanding Andrew  Breitbart's genius, his past, his accomplishments, and Matt Drudge had a dick up his ass, you begin to see a pattern in this of the Bush gay porn rings, which had Rush Limbaugh being caught with his bossom buddies in Florida with a suitcase full of Viagra going to little butt island apparently. I disgress, but it reveals in this what is leading the right, how fraud it is in Sean Homo Hannity, and how there is not one chance in snowball hell that Andrew Breitbart was not on the CIA's radar from the start, having the talent he had.

Brietbart was not writing codex for webcrawlers like Google Jewry to gain the cash money flow in data mining the world, but he was enough of a player that in his niche he was one of the best, and for that reason, someone smiled on Andrew Breitbart after he left the Drudge feces penis landscape, and became an asset of what was Bill Casey's America.
Remember in this before Breitbart was assassinated that he stated he had absolute information to bring down Obama, but that information never was published. Instead Steve Bannon covered up that information and by remarkable coincidence, the man who had the dirt on Obama and covered it up, was the go to guy of Dame Edna Mercer from Cambridge Analytica, another data mining operation out of Karl Rove's fag billionaire hedge fund group, and suddenly Steve Bannon was running Donald Trump from the inside, after the GOP in John Kasich framed Donald Trump with Paul Manafort, in the triad of Pussy Grab, Russian collusion and Pissgate, which would bring about the Mueller Witch Hunt......again from the inside in asset Jeff Sessions, yielding to Jew Rod Rosenstein in the framing of Donald Trump.

In looking at Andrew Breitbart, he is a product of the Highland's Forum. The systems cyber division of intelligence control of the internet. There is a file on Andrew Breitbart, Yoda Andrew Marshall spoke Breitbart's name, and Andrew Breitbart became the necessary component of the bungholer Matt Drudge, in the largest mindfucking data flow on the planet.
People complain like Daily Liberty about Drudge featuring  the New York Times and Washington Post. Of course Drudge the fag is going to direct informational flow to those CIA sites, as the CIA spends a great deal of money for that propaganda of Mockingbird to direct information flow. That is probably shocking as Wayne LaPierre of the NRA was put into power to assist gun control as that is what this entire ONA or Office of Network Assessment does. It is all in house, the money flows from one asset to another, as does the power and information, and creation of dispensed technology. This is the hive central of the termite mound. You see the dirt tower which is impenetrable on top, but under it is the workings of the control of your life.
So yes, Yoda, Andrew Marshall spoke Andrew Breitbart's name, and like Adam from the clay was breathed to life. Of course someone puffy pinked Breitbart's heart as what the system gives the system takes away, but all the same as you are pondering this, you should ponder how the roll out of WinRed by Donald Trump, assembled by slum lord Jared Kushner, and handed over to a goat boy named Gerrit Lansing with a complete multi billon dollar monopoly, as the CIA's Washington Post and New York Times parroted the Trump talking points and no one, no one raised a question about any of this, no more than Obama's ActBlue, you have the evidence that both WinRed and ActBlue were intelligence community created, upon original codex, and leased to both political parties to create the ghetto herding program of American poor while robbing them for political donations. They are webware extension of the genius or Robert Lansdale's wetware manipulations of humanity across the globe.

So while Yoda created Andrew Breitbart, and Mr. Breitbart never comprehended in his genius that he was a useful lexical forming a token for the system, one does not have to look far for the creator of sock puppet Gerrit Lansing of WinRed, as this would be Birther Hussein Obama's, or as Obama left the building in 2013 AD in the year of our Lord, the systems inheritor of Yoda's domain in the ONA Director of James H. Baker from the Department of Defense. In a most interesting Stanford protocol of the sale of a soul, the President apparently in exchange for an Ivanka Dynasty as future Prez, was provided the codex to create an NSA WinRed in this billion dollar money laundering operation.

I really doubt I am going to be picking at this scab in depth as I have no intention of going Breitbart puffy pink. This though is the area of the Missing Link extensions where this interconnected web all plays the human mind like the strings to a violin. They pluck the chord daily and you respond like Pavlov dogs you are.

I though am quite frank in when the big donations come in, I am going fishing, not in a boat, and under the shade of a tree I will compose Protestant verse to help guide you to Spiritual growth and speak of Jersey cows and the wonders of Jersey milk.

You see Andrew Breitbart flown like an effigy as as symbol of patriotism, but those who use him in death, have not told you any of the above, because they are either ignorant spacetakers or diversions, as the deep silence of the shadowlands is intended to always make the above deaf and blind for the public. 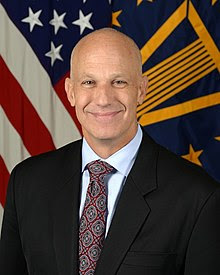