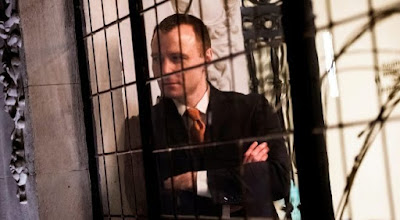 It is becoming evident that there is a reason the Horowitz, Inspector General's report is being delayed. It is either the swamp is attempting to run the clock out on Donald Trump or Donald Trump is going to make this report this indictment of the 2020 AD in the year of our Lord elections in America.

There is evidence though being leaked out and one such report is revealing there were inside the Trump White House, three deep cover agents spying on Donald Trump when he became President.

The first was an FBI Special Agent, working directly for Director James Comey, and the person whom Comey and others stated was observing Donald Trump and others and making reports back to the FBI. The Agent was Anthony Ferrante.

Once again, this harkens back to President George W. Bush, just as James Clapper was a Bush man, who worked for Birther Hussein Obama, and in this case America had an FBI cyber security expert, who was not involved in security of the United States, but in spying on Donald Trump.


Mr. Ferrante joined the FBI in 2005 and served as chief of staff of the bureau’s Cyber Division prior to joining the National Security Council a decade later, where he advised both the Obama and Trump administration on domestic and international cybersecurity threats before leaving for FTI in April.

What is most interesting in this, is Ferrante was featured by a Black 60 Minutes propagandist in Bill Whitaker, placing a Mockingbird CIA scenario before the public, that Ferrante was legitimate. The problem was that Ferrante stated a flat ass lie to 60 Minutes in he stated that American States had been hacked by the same "actors".

“I would show up to work every single day and learn of two, three, four more states that had been actively targeted by the same actors,” said Ferrante, a former FBI agent who was director of cyber incident response for President Barack Obama’s National Security Council at the time.


The "actors" have been proven and Ferrante was not much of an FBI expert or was completely incompetent,  were in fact Homeland Security hacking United States elections and yet Ferrante lied and said it was foreigners, meaning Russians.

https://www.zerohedge.com/news/2016-12-14/georgia-confirms-homeland-security-attempted-hack-election-database-10-separate-time
Last week we noted a letter from Georgia Secretary of State, Brian Kemp, to the Department of Homeland Security questioning why someone with a DHS IP address (216.81.81.80) had attempted to hack into his state's election database on November 15, 2016 at 8:43AM.

All 10 Election Hacks Inside the US in Georgia Have Been ...

https://thefreethoughtproject.com/georgias-election-servers-hacked-dhs/
With the official narrative coming from the Obama administration, indeed, the president himself, that the Russians stand guilty of hacking the presidential election of 2016, many are left scratching their heads in disbelief that the only government found to be hacking a state election systems, thus far, is DHS.


Ferrante though was soon left the White House, soon after his boss, Director James Comey was fired. This was not the end of Ferrante though as he showed up at a group like GPS Fusion which create the fake Pissgate Dossier, to defend Buzzfeed from a lawsuit over the dossier, which was coordinating with Robert Mueller investigating Donald Trump.


The investigation, being conducted by FTI Consulting, is running in parallel to special counsel Robert Mueller’s probe into possible collusion between the Trump campaign and Russia in Kremlin-directed efforts to interfere with the 2016 presidential election. With the special counsel probe under wraps, the BuzzFeed court case could represent the first public airing of an investigation into the veracity of some of the dossier’s claims.


To Recap this, Ferrante was promoting the false narrative that Russia was behind hacking in meddling in the US elections, which did not happen. Comey was using Ferrante as a deep mole to spy on Donald Trump in the attempt to entrap the President.

As a top FBI cybersecurity official tasked to the White House, Ferrante was in charge of coordinating the U.S. government response to Russian attempts to meddle in the 2016 presidential election, among other responsibilities. Prior to joining the NSC in 2015, Ferrante was chief of staff for the FBI’s cyber division at headquarters under then-Director James Comey. Ferrante, still working for the FBI but at the White House, stayed in his position as director for cyber incident response at the NSC through the Trump administration, until April 2017, when he left to join FTI.


This became even more conspiracy and criminal, when Ferrante left the White House, he was replaced by another FBI assistant, who kept signing in Anthony Ferrante to the White House as a guest, in working for Buzzfeed's defense, in trying to verify the Pissgate dossier.
Remember that this dossier, was framing Donald Trump, and Ferrante was using White House security resources, not being in the White House to frame Donald Trump, and the person signing him in, was Jordan Kelly, who was a protege of Robert Mueller.

Again to recap this, James Comey put a deep mole in Anthony Ferrante to spy on Donald Trump. When Comey, a Mueller protege was fired, Mueller was appointed to investigate Donald Trump over the Pissgate dossier which Mueller knew was a fraud. Comey's mole then left the White House,  but was being signed into the White House to us classified material to verify the framing of Donald Trump, by another Mueller protege in Ms. Kelly, who just happened to leave the White House for a lucrative job at the same security firm that Ferrante works at.......a firm coordinating with Robert Mueller's investigation of the President.

What we have before us, is the firm which Ferrante and Kelly are employed at, is a front for the FBI to run operations which are beyond Congressional oversight and not under the control of the Attorney General or the President of the United States, yet employed against President Donald Trump.

This is why Attorney General Barr has stated that there are things in this which make absolutely no sense, unless this is an FBI operation, which links to New York in Ferrante which was set up by Birther Hussein Obama to be a framing tool of the deep state against politicians. 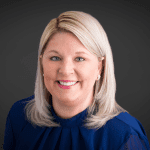 “In an unprecedented action, Comey created a new FBI reserve position for Ferrante, enabling him to have an ongoing relationship with the agency, retaining his clearances and enabling him to come back in [to bureau headquarters],” said a former National Security Council official who requested anonymity.
“Between the election and April 2017, when Ferrante finally left the White House, the Trump NSC division supervisor was not allowed to get rid of Ferrante,” he added, “and Ferrante continued working — in direct conflict with the no-contact policy between the White House and the Department of Justice.”
Another FBI official, Jordan Rae Kelly, who previously worked for then-FBI Director Robert Mueller replaced Ferrante after he left the White House.
Sperry says Jordan Rae Kelly would sign the security logs for Ferrante to keep entering the White House as a visitor while he was working at BuzzFeed — Kelly then left her position last year and joined her partner-in-crime Ferrante at FTI consulting.

https://fticybersecurity.com/experts/jordan-rae-kelly/
Jordan Rae Kelly is a Senior Managing Director in the Cybersecurity practice at FTI Consulting and is based in Washington, D.C. Ms. Kelly has more than 12 years of experience managing cyber policy planning and coordinating incident response.

Gauhar was linked to the infamous Huma Abedin - Hillary Clinton cover up. 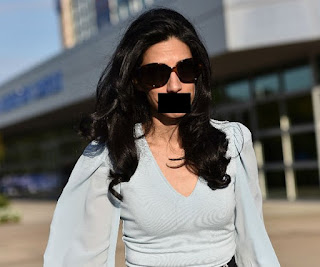 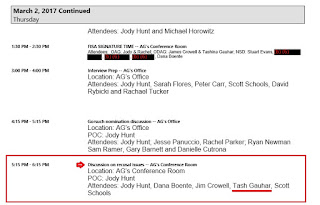 Working with Comey liaison Ferrante at the NSC in early 2017 was another Obama holdover — Tashina Gauhar, who remains a top national security adviser at the Justice Department.
In January 2017, Gauhar assisted former acting Attorney General Sally Yates in the Flynn investigation. Later, she helped Deputy Attorney General Rod Rosenstein resist, initially, Trump’s order to fire Comey. Gauhar also took copious notes during her meetings with White House lawyers, which were cited by Mueller in the section of his report dealing with obstruction of justice.


Everyone of these people, from Robert Mueller, who appeared with George W. Bush, his protege in James Comey, and the Mueller Comey Obama operatives in Anthony Ferrante, Jordan Rae Kelly and Tashina Gauhar knew they were engaged in an investigation of the President of the United States, which was highly questionable on their part, and illegal on the part of their superiors. When Peter Strzok and Lisa Page were texting, they were well aware of the questionable nature of what was taking place in this Obama operation and that it was political. That reality is damning proof that there is not any ignorance of the law in these highly trained Bush and Obama professionals.

None of these deep state people would have engaged in this criminal framing and falsifying of information, unless they had the backing of a self funding cartel with police state protection.  Anyone reading this, if they were told by James Comey or Robert Mueller, "Hey I am sending you in to spy on the President and you are to look for ways to get him on obstruction of justice", or "Hey I am sending you in to use your name to sign in our mole who is trying to frame Donald Trump" or "Hey I am sending you in to do a legal recording of meeting in the White House so we can frame Donald Trump", that each of you would not do a gut check and your first thought would be, "My ass is going to the pound me ass prison when this shit hits the fan", and your next action would be to claim you had a need to go on vacation to get the hell away from this illegal operation.

There should be indictments in this starting with espionage against the President of the United States to ending with misuse of classified information. There should be on the left and right, a resounding understanding why FBI Director Chris Wray as much Deputy Director Rod Rosenstein were illegally stonewalling Congress, as there are in this new revelation, that joining Fusion GPS as a Non Governmental Entity, FTI Cybersecurity was a front for the FBI to lay down a trail the FBI could follow to framing Donald Trump.

How many fronts are out there and are protected by "national security" or other such titles, and end up Iranians hiring Latin Mafia to shoot up Las Vegas, and it all just disappears when it goes bad, but in this case, this FBI front went after the President of the United States.

Cuckservative Treehose for Jared Kushner has been promising for years that the IG's report was coming soon. Now the report is supposed to come in September. The problem is these NGE's are still out there, still operating, still providing payouts for assets who are still spying on whoever is deemed the new enemy of the state Donald Trump.

CBS attempted for the intelligence community to give this legitimacy. That is not an accident. That is a CIA  involvement in Mockingbird coordinating all of this AFTER CIA Director John Brennan was out, and Mike Pompeo was Director providing cover for all of this.
In that period Pompeo's CIA lied to Donald Trump on Syrian WMD"s which brought about the bombing of Syria and Pompeo continued to rise and is now Secretary of State.

It is time to start asking about all of this, as this was Bush people, Clinton people, Obama people, and there were Trump Trans appointees who ran cover for this after Donald Trump was President, and three names are John Kelly at Homeland, Mike Pompeo at CIA and Jeff Sessions at Justice.