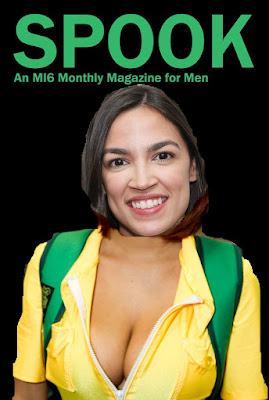 I don't think that Alexandria Ocasio Cortez was having her menstrual cycle down on the border, as her breasts did not look swollen and she did not appear to be retaining water, but something PMS was going on with her, as she appears to have lost the ability to discern reality in her inspection of an ICE detention facility of invaders.

It was this published reality which caught my attention.

SCOOP: Rep. Alexandria Ocasio-Cortez, D-N.Y., screamed at federal law enforcement agents “in a threatening manner” during a visit to a U.S. Border Patrol facility in El Paso, Texas, Monday afternoon and refused to tour the facility, according to two people who witnessed it.
— Anna Giaritelli (@Anna_Giaritelli) July 1, 2019


Then AOC reported she forced her way into a holding cell where invaders were being housed.


“After I forced myself into a cell w/ women & began speaking to them, one of them described their treatment at the hands of officers as ‘psychological warfare’ — waking them at odd hours for no reason, calling them wh*res, etc.,”

I hope you did not miss the above, as first we have AOC REFUSING TO TOUR THE FACILITY, in news reports, and then she was texting that she was forcing her way into rooms.

That is a bit difficult in refusing to do anything except threatening agents and screaming at them, and then stating  that she was inspecting the place. It can not be both ways.


I always believe the Truth is somewhere in between. Like AOC reporting that the women were not given water and were drinking out of toilets. For most Latins, they do not know what toilet paper even is, as there is not running water or toilets. These women probably thought this was some kind of drinking bowl and were quite pleased with the water, and never bothered to ask for water, as they had toilet bowls full of it.

Actually Texas and the Border Patrol should be complimented in the fact that all Latin countries have water from the tap that will make you sick, but in America, the Latins can drink water from toilets and not get sick. That is a fine testimony to the janitorial staff and the public utilities to clean American water.


As for the charge that Border Agents were calling these invaders "whores". The Truth was the English speaking agents were saying something probably like, Put a hand up if you want bottled water."
Everyone knows that PUTA in Mexican means whore, so these Latins thought they were being called whores, instead of offering them a drink of water......not out of the toilet.


As for the charges that a Facebook public site is damning evidence of federal agents, when 9500 people can be almost anyone posting pictures of AOC sucking beaner dick, one of the problems with AOC is she keeps posing in lewd photos.


No other women has her hands by her nethers, and there is AOC in the nether regions. 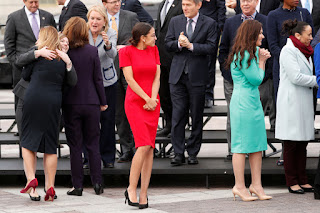 This one looks like her groping her own boob. 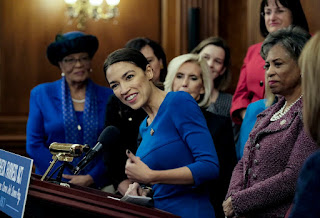 Yes open mouth with a thing to blow. 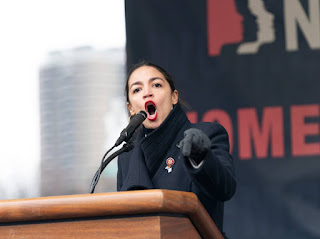 And the non accidental pose of the power crotch shot ready for a hard one. 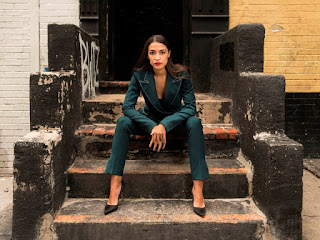 From Sarah Palin, to Ivanka Kushner to Hillary Clinton, these women do not pose or get caught in sexual eluding poses.


In noting all of this, AOC is not as her detractors are stating she is an "actress",  but she is a field operative like Birther Hussein Obama was, in her intelligence community job is to give Marxism a ridiculous face.

You have bizarre Muslim women marrying their brothers. You have Bernie writing rape fantasy stories. You have this bizarre group at ICE facility inspectors, which has AOC refusing to inspect a facility and then being in a room with criminals, yes these women are criminals. They are very sophisticated criminals who were a threat to their Banana Republic regimes, so with Ford Foundation assistance in the globalist order, became actresses for a role, in which a political officer of the intelligence network in AOC could create a perfect Trotsky storm.

AOC is a gifted asset of the IC. This is not as the stories are reporting in the democratic party once again stoking up a Cindy Sheehan group to hound George W. Bush. These are politicians who are radicalizing Latin American revolutionaries. That is why these men and women of Jesuit leftist communism left with the help of Ford Foundation etc... funding to enter the United States, breaking laws and now literally telling lies about ICE.

That can not be overlooked in this, in these people are criminal revolutionaries in their own countries, so do not expect them in having proven they broke the laws of Mexico and the United States to suddenly not be communist revolutionaries and not be lying about ICE. Do not expect this Facebook group, a racist, deviant group on Facebook which is supposed to monitor this and shut it down as it censors Conservatives all the time, but in this case Facebook promotes this group which by another miracle, Pro Publica just so happens to discover all of this and AOC is making it her platform issue for this performance.

All satire aside in the above exposing PUTA and other exchanges, does not discount that all of this is scripted, not for an actress, but is the same script carried out which brought down the Russian Empire by these same communists, following the same propaganda.


You have learned more in all of this than in all other media combined. There is nothing which can be done about this as this storm is building as it did in Russia, and as it built in Germany, until Adolf Hitler fought against it, and is still vilified so that no one ever reads the warnings of Mein Kampf in what this struggle is entirely about.

Until this is defined for what it is, the splitting of the DNC as Webster Griffin Tarpley would take place into the DNC would split into a socialist and communist order, and the GOP would vanish to a fringe, only then will the emotions end and the Truth will prevail and people will not be led around as all of you are.