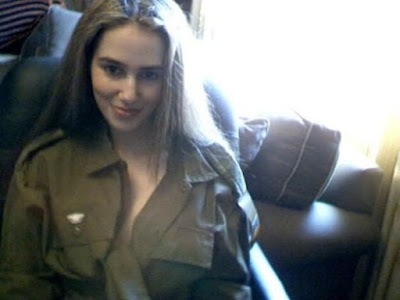 For the Jewish state being a small country, their intelligence system is one of the most complex in hiding information from those in power, which in contrast to the Americans, their system is so complex and compartmentalized to keep the crooks in the control of the American system from being discovered as the police state protects it all.

In Victor Ostrovsky's book, By Way of Deception, he provides a chart of the melding of the political state with the intelligence state, which reveals the political has five basic departments, with the Prime Minister actually an extension of the cabinet where all of the information flows.


In Judah it is

By itself is the Joint Chief of Intelligence which is the Head of Mossad. Off by itself for foreign consumption is Interpol where Jewry gleans information from the world, but provides none to the world.

The Head of Mossad, directs both the Jewish FBI in Shaback and CIA in Mossad. In a rather interesting Simone Peres legacy of Jonathan Pollard, the Lackam or Liaison for Scientific Institute is an entire espionage division which is outside of Mossad. Think of Lackam as the confession that Mossad never spies on the United States, that of course is a lie, but Lackam was blamed in the Pollard case.

What is of interest in the chart is there is another compartmentalized cell which operates outside of AMAN or Israeli Military Intelligence which is listed as Modiyin, Modivin or Modayne in Hebrew as "Intelligence or Information".
Yes like the Navy has it's own CIA in the United States, there is another military intelligence cell as cover for the AMAN intelligence cell, which of course means it never answers to the politicians in political questions and the head of AMAN like Mossad, forgets to tell the Prime Minister things which the Prime Minister is not cleared to know.

The entire schematic is incestuous in it does report to their respective cabinet heads, who one must remember are there for 2 to 10 years as administrations change on political whims of the people, while the intelligence community officers are there for 50 years, with loyalties and priorities, and of course blackmail, as suppose a new Prime Minister or Minster appears, and the reality is faced that military intelligence has been not reporting to the Minister all it knows, but that information was going to Mossad.
The new Minister or Prime Minister would conclude they would be out of the loop and sack everyone, so in examining the above diagram, one begins to understand the cells above are designed to keep the politicians and appointees from finding things out.
This is how Mossad is able to control the information and the selling of dope, to bringing down a Prime Minister, because the entire police - intelligence state only knows the information, and is not going to tell anyone or they would all be sacked and hung.

The most glaring example of how evil all of this is, is Theresa May of MI6 overseeing the Mossad operation in 2016 election tampering with the equally criminal operation run by John Brenna of the CIA against the 2016 elections being fed Mossad intelligence.
The arrogance and corruption of the absolute power corrupts absolutely.

Think of it this way in George W. Bush assured us in a democrat written, Gary Hart, document that the United States in Patriot Act would be safer and that there was too much Jamie Gorelick compartmentalized information in departments, so the answer was more denial of Americans their rights, while opening the borders to Visa Vermin replacements, while creating another department in Homeland, and after all of this the frame up Donald Trump in DC collusion only took place even more easily and blatantly.

This is how Mossad rules in Judah. It has a monopoly control, hides what is wills in criminal acts, and removes politicians who ask for answers or do not follow instructions.
As England is ruled by the MI civil service state, the Jewish state is ruled by the intelligence and security apparatus which never inform the politicians of all the criminal acts propping up Tel Aviv. For the Americans, their system is ruled by a police state socio conglomerate rapine, which 2016 proved is just as apt to be led by London or Tel Aviv,  as their ruling families control the Federal Reserve.

It is the entire incestuous corrupt system.