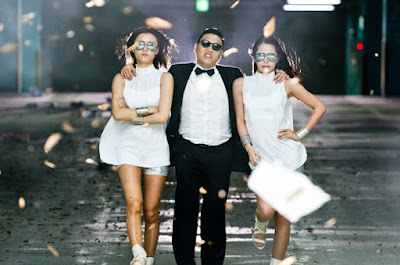 I caught FOX news the other day, and the crawl read, that 70% of Americans believed that the system only benefited the rich.
So I did some checking, and that 70% figure is showing up consistently in polling in the Trump era. I warned everyone that Donald Trump had 18 months to fix things, and he instead to save himself, ended MAGA, and installed Obama's 3rd term, including liberal appointments to the Supreme Court.

For all of you rich people reading this and have not donated, 70% of the barbarians at your locked doors want the regime to seize what you stole, and tax you at 70%. Granted on 10 million dollars that still is 3 million in pocket change for the idle rich, but the numbers set that Americans are fed up with Big Koch, Rush Limbaugh and Sean Hannity propaganda. They have voted and trusted these fraud politicians and nothing has been restored to them, and now they want the IRS to be the bully thug and start legally confiscating money from the rich.

Fox News Poll: 70% Approve of Raising Taxes on the Wealthy

The numbers translate into 70% want Medicare for all, that is after the disaster of Obamacare, but it is this super majority who are backing stealing things from rich bandits, in order to get something back in the basics of life.

70% of Americans now support Medicare-for-all—here's how ...

https://www.cnbc.com/2018/08/28/most-americans-now-support-medicare-for-all-and-free-college-tuition.html
Aug 28, 2018 · The vast majority of Americans, 70 percent, now support Medicare-for-all, otherwise known as single-payer health care, according to a new Reuters survey. That includes 85 percent of Democrats and ...


Rich people have not given a damn about me. They have used me, stolen from this blog, manipulated me and treated me like shit, so when I see polls of the mob rising up and demanding everything the rich stole from the poor being confiscated, I am not about to offer any defense, as I received no sympathy from them.

Of course this is the Lame Cherry in matter anti matter, and I will reveal to you what that 70% is. It has nothing to do with IRS taxes or HHS providing Medicare for all. What that 70% is, is cover for the cartel to implement the final "reforms to captialism", which means the Naxi Conglomerates now have the cover to begin confiscating their competitor's fortunes.
I will state this again, in I warned all of you rich people, that the day was coming when your fortunes and portfolios would be legally seized and that is what that 70% means. This is Obama community organized communist "the good of the many outweigh the need of the few". This is not some far fetched idea, as Joe Stalin starved all the rich Ukrainian farmers to death to get their lands, as they were competitors to Moscow.

Donald Trump when he was on the outside, was a competitor, and that is why the cartel tried to destroy him. Now that he is on the inside, he is of the group who as in Peking or Moscow, have that oligarch few, who manage state assets, while other oligarchs are hunted down and killed. Those who had money are long gone, just like the rich in Venezuela.
The thing is in Obama money transfers, made it illegal for Americans to get money offshore. It all is recorded and when the new dawn of taxing the rich arrives, that 70% will be only the beginning as the Naxi conglomerates only require a few rich people, and the rest are problems who might fund political movements which will steal all the conglomerates fortunes and shut off the Treasury money tap.

The National Socialism which is America will soon move to Alexandria Ocasio Cortez's CIA tax structure to eliminate the competitors.The money tap will dry up, the stock market will drop, the ability to make money will end for the once wealthy rich, and in leaps and bounds, the American wealthy will soon discover just what 70% means.

For those who think gold and silver is going to keep them safe. If it is in paper, it will disappear and if it is metal, the neo tax structure will being valuing gold at market price as actual income to be taxed. This will force people to sell gold to pay for that tax as stockpiles deplete in private hands, and as money cheapens, the asset of gold will become a net loss.

You rich people dug your own poverty graves. You left me for dead, and now the grim reaper of 70% is come. The mob has been abused enough, and now demands legal seizure of the money rich people thought they had. Democracy Naxi style.

Oh and America's great trading partners are ports in London and Tokyo, as America is being sealed out of Eurasia and the rest of the world.