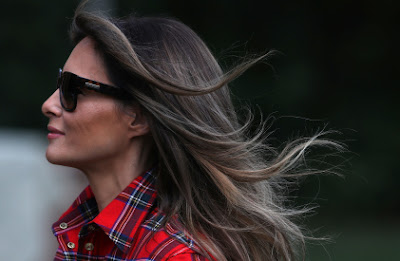 The Lame Cherry was one of the first advocates and defenders of Melania Trump when she was ruthlessly attacked in 2016 AD in the year of our Lord, but honestly as a Protestant Christian Conservative, I am beginning to wonder just who this Slovenian is as the more she is in public, the more I see that don't fit with Germanic Scot Irish America.

I mean she is glad handing that Pater Pope. Then she is banning fur and that ruins fur markets so Bambi and Thumper are predator poop. It is just the little things which are big things, and then you see something that would have Gramma, calling her a hussy.

I remember my Gram and the other old women sitting in cars watching girls coming back from places and saying they looked "flush". That was code word for doing sinful things and no respectful person would ever have anything to do with a flushed woman. Yes them flushed women were not what Church going people associated with. 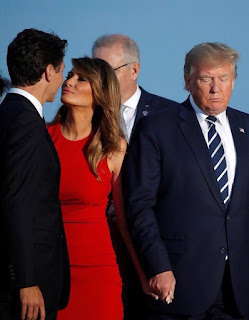 Let's do Eskimo kisses my Justin.


So then I see this photo of Melania Trump in Paris, doing this smooch thing with Justin Trudeau. I mean Justin Trudeau, a pervert, leftists who all of Western Canada loathes, and there is Melania doing kissing face with him in public.

I simply do not know what women see in this little pansy ass. 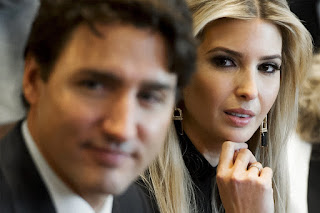 I wonder if he likes women's underwear as much as I do?

It honestly must be some city woman thing, as no country woman would ever want something around that old men could beat up, but there is Ivanka giving him the old doe eyed cow look of come impregnate me, and then there is Melania Trump.


I simply have lost all respect for  Melania Trump in the role of Jezebel of 1600 Penn Avenue. 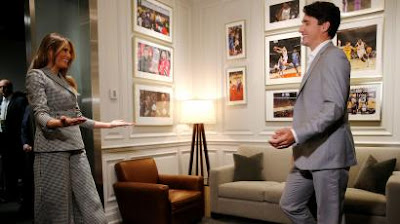 Justin girlfriend, give me a hug...

The damn thing is, Melania keeps showing up glad faced with all kinds of penis males who hate on America, hate on Donald Trump or like having sex with zoo exhibits.

Look at her with Duck of Sux, I mean what the hell is that secret sign he is giving? Does it mean he got to first base? Does it mean he sniffed her perfume? Does it mean he looked down her top? Does it mean she sucked his dingo?
It just looks disrespectful to me, but what would you expect from someone who marries a quadroon to con Africans to go back onto the monarch's plantation. 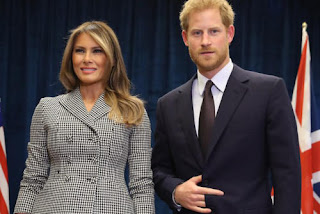 Did the two finger with the Slovenian...


I mean is this what we have in store in pansy princes degrading American First Lady's? What comes next, the Pater Pope dressing up Melania in a Catholic school girl outfit and her grinning like she just banned steak from the White House too? 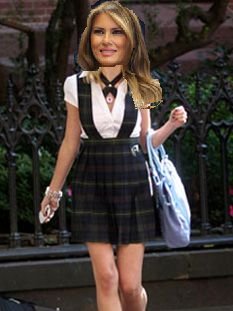 Bless me Catholic girl for Justin has sinned.....


When Justin Trudeau comes down from Ottawa again, will it be him in the swing from the cherry tree and Melania on his lap going along for the ride? 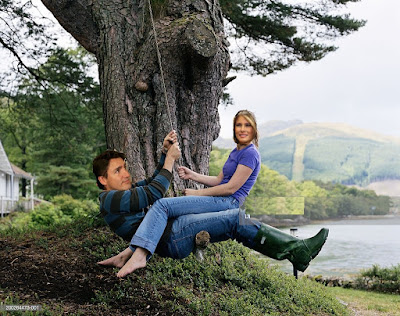 Oh Justin if only American men could make the earth move like you.


I just don't like any of this as I work hard at being a nice girl, and to see women giving it away just does not sit right with a moral woman. I simply have nothing in common with this Slovenian female. She goes smoochie with a fag like Trudeau. She open arms him. She likes royals giving her the gesture. She bans fur. She is a Pater Pope girl. She just is not a respectable woman. 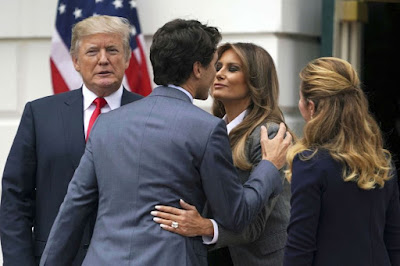 The scent of the Trudeau marking the woman.


I do not think it is too much to ask to have a married woman not doing these things. I don't care if Donald Trump likes it or not, because I don't like it, and I don't like it, because this kind of thing is not what proper women do, because my Gramma said so.

This is a bad example for American youth. I don't want to see my Gram's tits and I do not want to see the First Lady's tits, as there should be respect for positions of power, and women should know enough to not cross those boundaries.

My Gramma had lots of sayings and one was, "Run with trash you become trash". I was talking to a kid today who moved back to the brier patch, and he said, "Geez it is like there are 4 families in these communities and they all know each other and are all related." He said what the rule her is, "You ask someone who they are and if you know the family, then you are accepted, otherwise you are shit out of luck".
I am highly leery from Gramma's direction to ever trust someone that hangs around trash I would never associate with. There is no way in hell I would ever want scum around like Justin Trudeau or be kissing on him, or calling him my friend as Melania Trump does. I would no sooner sit down with the Duke of Sux who hates America, than I would a communist. I am not about to be known for the bad company I keep, because the people I respect, would never be hanging around shit like this. 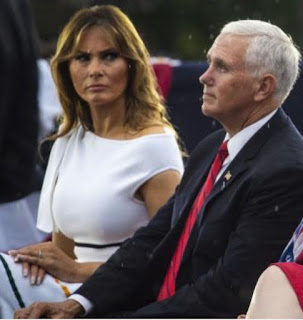 Gawd I hate you.

Yet Melania Trump not only hangs around with this stuff, but she repeats the performance in being around people who hate America. That is the reason I wonder about the First Lady as to what she really thinks about rural people like me.
Last time I checked, there have not been any rural people showing up at the Trump White House. I don't see them invited to the Marlargo, nor do I see Melania Trump hanging around people who do American things like hunting or fishing.
Her vocation in the White House seems to be wearing clothes, putting on make up and doing smoochie things with low class males.

The fact of it is, the only time Melania Trump smiles is around liberals who hate America. 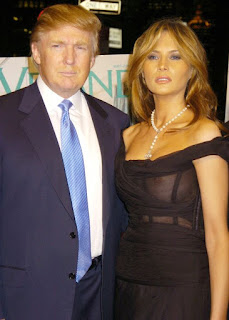 You'd be arrested in Alabama for that.