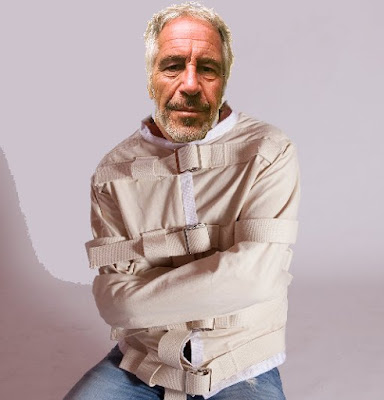 When you’re on suicide watch, they put you in this white smock, a straight jacket...

Like most people with a brain, I wondered with the dirt Jeffrey Epstein had on everyone, why he was alive, after it was evident that there were forces at work now who intended to revisit Bill Clinton's pedophile and open all of this up for  the 2020 democratic candidates meltdown. This blog informed all of you that the indictment of Jeffrey Epstein was going to be more lethal than indicting Birther Hussein Obama or Hamrod Clinton, as his indictment would bring them all down. 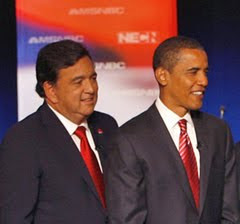 It was interesting that as soon as democrats Bill Richardson and George Mitchell's names appeared in print, that within 12 hours, Jeffrey Epstein was dead. 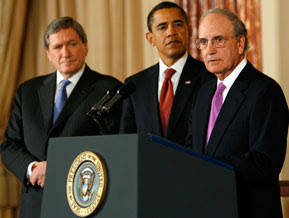 And for those who forgot the Lame Cherry exclusive in this, the 3rd man pictured above with Obama and Mitchell, is Richard Holbrooke, who after bucking Obama and Hillary Clinton on the Afghan War, somehow got into and elevator and suffered a TORN AORTA which killed him. The only way one gets a torn aorta is from a high impact, in a car crash or if someone judo kicks you to the chest.

https://www.dailymail.co.uk/news/article-1338412/Richard-Holbrooke-dies-torn-aorta-aged-69.html
Richard Holbrooke, the veteran U.S. diplomat who helped bring peace to Bosnia and served as President Obama's special envoy to Pakistan and Afghanistan, has died at the age of 69. Mr Holbrooke ...

I digress, but is it digression when you have people bucking the system like CIA Director William Colby a Clinton supporter dead, or it is a CIA Mosaad Jew who was blackmailing powerful people ending up strangled with apparently nothing around his neck but bruises or perhaps list of people like Jeffrey Epstein who knew too much.

There’s no way that man could have killed himself. I’ve done too much time in those units. It’s an impossibility.Between the floor and the ceiling is like eight or nine feet. There’s no way for you to connect to anything. You have sheets, but they’re paper level, not strong enough. He was 200 pounds — it would never happen.When you’re on suicide watch, they put you in this white smock, a straight jacket. They know a person cannot be injurious to themselves. The clothing they give you is a jump-in uniform. Everything is a dark brown color.Could he have done it from the bed? No sir.
Jeffrey Epstein told guards weeks before
he hanged himself that someone tried to
kill him: Questions mount over why
billionaire pedophile was taken off suicide
watch just as sex slave lawsuit named
powerful friends including Prince Andrew
Daily Mail (UK), by Chris Spargo & Andrew Court Original Article

Jeffrey Epstein told prison guards and fellow inmates that he believed someone had tried to kill him in the weeks before his death, a source has revealed to DailyMail(dot)com. The insider, who had seen the disgraced financier on several occasions during his incarceration at the Metropolitan Correctional Center, also claims that the normally reserved Epstein seemed to be in good spirits. 'There was no indication that he might try to take his own life,' the source told DailyMail(dot)com. 'From what I saw, he was finally starting to adjust to prison. I think he was comforted by the rigidity of his new life'.

US Attorney General William Barr said he’s “appalled” that Jeffrey Epstein was able to kill himself while in federal custody, as the FBI announced Saturday that it would be probing the convicted pedophile’s death. “Mr. Epstein’s death raises serious questions that must be answered,” Barr said. “In addition to the FBI’s investigation, I have consulted with the Inspector General who is opening an investigation into the circumstances of Mr. Epstein’s death,” Barr added. The stunning developments come a day after a trove of newly unsealed documents implicated a number of powerful people in Epstein’s alleged sex trafficking ring.


Do you remember the DC Madam who swore if she was found dead from suicide that she would never commit suicide. 
Then there was James McDougal, another person in federal custody, who was part of the Ken Starr investigation into Bill and Hillary Clinton's crimes, and whose wife, Bill Clinton was sexing, ended up dead under mysterious circumstances like 33 other people who ended up dead in having been around the Clintons. 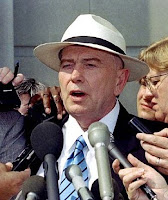 By the reaction of Attorney General William Barr, it is evident that Jeffrey Epstein was to be the showcase for the 2020 elections for Donald Trump. Barr's expression says it all in it appears he realizes that the powerful people he works for, just met the other powerful people in this who do deep state things in murdering CIA Directors people in custody and get away with it. 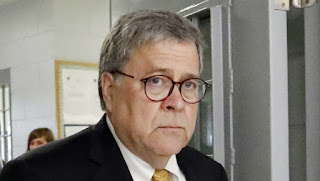 We know that everything that Bill and Hillary Clinton rolled over for against straight marriages for queers to Birther Hussein Obama's sodomizing America, was all about making child rape legal. It is what John Kerry's daughter stated in a keynote speech that it was a CHILD'S RIGHT TO CHOOSE, meaning sex with adults.
This blog covered this and no one else would.
The entire crackdown on pedophiles in this sex trafficking was  about ridding those competitor perverts from polluting the  children of America for the feudal few.

All of this has been about an elite group seeking to legalize the rape of children for them. At the core of this, there is not any difference in the conduits involved in sexual blackmail or the deviants involved in Pissgate, because they all by the Missing Link, connect to those who are making these policies the law of the land.


Do you realize what kind of power there is, when someone with all the NSA surveillance orders Jeffrey Epstein to be executed?
Do you realize what it takes to walk into a federal prison, a prison of the elite state criminals like Paul Manafort, who was supposed to be silenced there too, with all  of the cameras, guards, inmates, and no one sees or hears a thing, as Jeffrey Epstein is strangled, in the second attempt on is life, and with all of those witnesses and surveillance, there is not a record of that murder.

That is power. That is power which acts not because it fears the mob will know the  Missing Link's part in pedophile blackmail for power, but assesses the situation that the upheaval necessary in cracking down on millions of Americans, will be inconvenient.

Those who do these things, do things like this.

https://heavy.com/news/2018/07/brett-kavanaugh-vince-foster-vincent-death/
Brett Kavanaugh, the federal judge who is the president's nominee for Anthony Kennedy's seat on the U.S. Supreme Court, played a key role in the Vince Foster investigation. The death of ...

and reward people with the Supreme Court later.


and they have the power to reward people with the Presidency of the United States.


Who is the Missing Link. 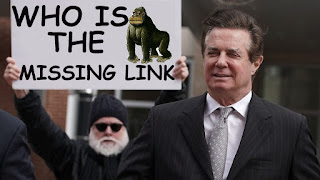