I went to a Garden Party 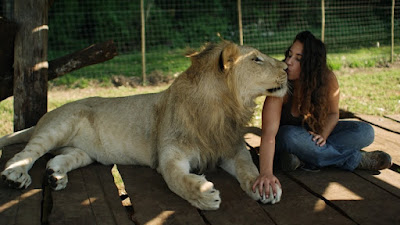 
TL and I were conversing about the strange manifestation which appeared in our yard which I mentioned here, when TL's sister, dad, mum showed up unannounced (they knew they were not welcome) to present a year old child, who does not look anything like them.

That is another tale which we are still trying to sort out, but it was as we said, "We had 8 minutes of our lives invaded and it was like a tortuous 5 hour movie in trying to figure out what this bad download was."

Honestly, in forensic psychology, it is a fascinating subject, but by God's Grace, the things you notice, and appear in pondering afterwards, literally send the mind reeling, as this is the stuff of Dickens novels and Hitchcock macabre theater.
What struck me instantly was these people to try and lure in TL produced this phantom child which did not work as a shield, as when I blew out of the house, that put an end to the theater as I brought the subject to where TL was steering them back to in the SUV, in informing them they were unwanted here.

There was a series of insults which had preceeded this end point, as the point was to break TL down and attempt to hurt, and in that gain the upper hand again. It was the flash of the body language though which really was a psychological paper.

So TL is off the left facing them. The mother is hovering in the background, smirking like an aboriginal in the village wondering what the firestick the white god has produced that is all magic. That woman appeared to be enjoying all of this in afflicting TL and I through others, and enjoying my dominating her domineering husband. Yes there is a whole 9 yards of psychopathy in that bunch.
See the old gal, always wanted to be her pop, and resented her mum. So she married a beta male, who likes thinking he is an alpha,  and uses the excuse of having autism at times and being so intelligent, in why people do not like him. No the reason people do not like him, is because he is weird. He tells boring ass things, is rude, and like a 10 year old has these 'interests' like gaming, theology or other shit that no one on the planet cares about, so he is boring and people universally just politely flee.

He has always wanted to be a man, because he disappointed his old man, and tried to be a replacement man with his mum, when his dad divorced or whatever fled for his life. He always referred to him as MISTER, as that is how his mind works in being some devastating insult, which it was not.
He has the pretence of acting like he is aristocracy, but face it in being the failed great grandchild of a mill operator is not anything but the same scent as the Kennedy's or Trump's to old money.

The daughter with the tot. She has always resented TL as she never measured up to TL in any way. TL is more intelligent, better looking, better socially oriented and people just like TL. The sister...she is awkward, wanted to be an only child, manipulates people who know she is manipulating them, but being more intelligent do not let on, and she ends up having Visa Vermin in her wedding because that is all the trash she can attract.
She also acts like AOC in being virginal and Jesus takes pointers from her on how He can do better.

So in understanding that reality, this group of self absorbed, pompous retards, have been gaming all the people around TL for years, who knew the game and said so, but they thought they were getting away with it. They made the mistake with me, in they thought my politeness, was that I was weak, and because I absorbed their heinous attacks that I could be walked on.

This is the scene which then unfolded, as they had planned the hostage taking of TL, in the dad got out of the car, with the women inside, and he sprang the trap on TL in presenting TL's niece like a jack in the box appearing.

Normal mothers would not have exposed their child to that kind of rejection, but that was the tool the tot was meant to be. That is what we were dealing with in their opening salvo.

It was what was taking place though in all of this that the mum was apparently told to shut up, as she had inflicted in some heinous letters at TL when TL left, and this is where Oedipus Regina appeared.

TL noticed this immediately too, in the mum had been supplanted by her daughter as the wife in the situation. They both had become subserviant to the dominant father and husband......the problem is, he is a beta boy, and he was no match for God's Holy Ghost in us.
So beta boy failed, after one last attempt where he blundered in revealing I was not part of their clan in using the tot again against me with the plea, "We just brought the child to TL to meet TL's niece", not "TL and LC's niece".
No there was not any inquiry about me, and after being told I was welcome after he was informed we had been informed by the old gal that we were not welcome which he was ignorant of, he blundered and told me I was not part of the clan and never would be.
That is what happens when the Professor on Gilligan's Island gets rattled, as he is ok at plotting shit out, but is worthless as they all are in a live fire fight, which is where TL and I excel at in God's Inspiration.

So we were faced in their retreating, of beta boy failing, and the presentation that the daughter had now become the wife in this strange trio, as the wife was grinning aboriginal, as it is worth repeating beta boy failed and his instinct in frustration was probably to try and use physical force, but he knew the grey bar was waiting, after one hell of a beat down by me, as no one comes on my property and pulls this kind of shit ever on me or mine.
So beta boy was retreating in ordering them to leave, as he knew the scheme did not work as I was informing the sister of her sins, and she could not get that kid shoved in the car fast enough, but before this and this is important as beta boy had convinced them he could dominate and handle us.......the sister recognized they had just been routed, and she then grabbed the reins from her father/husband, and began a fake apology which she does all the time, meant to show she is the superior christian, and to shame the person telling her how heinous she is. In this case, her scripted reply was met with a second salvo from me, and a third as she was stuffing the tot in the car who was now wailing as that kid did not want to go along with those people, as who would.

I found this part amusing in a most distasteful interaction with pharisees, in the dad was exposed for what he was before the women folk who he thinks he is superior to and by instinct, the power grabbing daughter, grabbed the attack in trying to win the situation, but was obliterated, as none of them in their complete ignorance ever picked up who they were dealing with. TL is learning to act like me, which is what my Grampa and beloved Uncle mentioned. They did not teach me this, but simply said one time, "Just act like a stupid farmer as that is what they want to believe". You act stupid in a situation and people will be disarmed as they always think they are more intelligent than they are.
The brier patch people are all this way. Lord God help those though who rile them up and set them off as they will not quit until the fight is finished their way.

See that trio thought they could appear here, use a kid against TL, to drive a wedge between TL and I. The next step was already laid in telling TL where they were staying, so TL would come alone, showing them that there was a division, and they thinking I was weak, they had shoved me out of the picture.
The two wives and the beta boy though did not expect Hurricane Cherry to blow in. They were fortunate that I held back and did not go Vesuvius. They are an easy group though as they are already divided. They lie to each other and themselves all the time. The old lady likes seeing her husband ass whipped to get back at him. She has no affinity for the grandkid appearantly, because she is now #2 wife, as her daughter is now in the position she always wanted to be as the woman of the house.  The old man is a fiction. He is deluded into thinking he is intelligent, has thought everyone else was not as smart when they were past his game by double, and he hid in religion to get his authority which he is absolutely incapable of dealing with, as he was in full retreat and showed himself a complete failure to the women he thinks are less than him.

That is what winning looks like. Of course I will be featured as the bad girl, but the bad girls are in that clan starting with Oedipus Regina, the hut wife #2 and the block head Charlie Brown who is beta boy brown in delusions of what he really is.

People always mistake my polite for weakness. They learn if they keep sniffing around my den though that the claw appears and they get ripped to shreds. It is why people leave me  the hell alone here and it is why everyone in the brier patch with any sense, leaves everyone else alone and is polite as all hell breaks loose if you push it.

I suspect the psychology is the mum enjoyed the smack down of her dominators and will revel in it as no one likes being shit wife #2. Oedipus Regina will "remember" this as she is pure as the driven snow and we were the sinners she tried to save by shedding her blood ...no sacrificing her child like God did out of how wonderful she is, and beta boy will blame his two wives or three as the kid is in harem training to, to one day supplant Oedipus Regina, and will deem himself superior, not weak, not the cause of the problems  and reach out to TL, because the lord of the toilet throne can not be held accountable for them women folk.

I will assume most of you have just as many horror stories in wondering 'What the hell was that" in your lovely families. See you are not alone as in psychotic America, the manifestations are the weak are getting weaker, and only act out more in desperation.