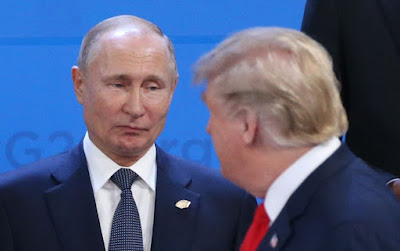 I read you book Art of the Deal, Donald.
You should have read mine as you were stuck in Bush, Clinton, Obama
rapine against Americans.

“The fact that Russia also intends to use these two ports not just for warships but for nuclear submarines as well when the waters in its more northern ports are frozen is significantly upping the Russian ante on the West in general and on the U.S. in particular,”


The United States has under President Donald Trump been checked in the Mideast and around the globe as Jared Kushner produced the egg of a peace deal which cut everyone out of it, save his cronies, and alienated the region for Russia to step in.

The key to the region now is the Russian Army, Navy and Air Force as protectors of Iran, which ends US policy which has been a disaster  under Sec. Mike Pompeo and Jared Kushner. The United States can possess Jewish nuclear warheads, it can possess massive bases in Iraq and Saudi Arabia. The United States can have it's sand spit bases in money laundering Muslim terror nations, but when it comes down to it, the United States is as feckless as Nazi Germany, against the Russian invasion of Iran with England in World War II. Russia holds the position in this, because the Russians  have a continent of land to move supplies and troops to Iran, in a shorter distance than the watery grave that the United States must move forces to deal with the Mideast.

The fact is that Iran now has carte blanche to deploy nuclear terrorism against the United States, because Russia sits in her lands and the reality is, it is different for Donald Trump now to nuke Iran with  Russia there, than for George W. Bush to use conventional weapons against Saddam Hussein in Iraq, for the Bush wars for their commerce economy.


In short, Russia has reached a deal with Iran to deploy nuclear missiles inside Iran on their ships and planes. This is the Cuban Missile Crisis, but President Donald Trump has already been informed to not press this as the United States can not win this and will be defeated, and this will lead to nuclear war in which the Americans will be checked.


In a potentially catastrophic escalation of tensions in the Persian Gulf, Russia plans to use Iran’s ports in Bandar-e-Bushehr and Chabahar as forward military bases for warships and nuclear submarines, guarded by hundreds of Special Forces troops under the guise of ‘military advisers’, and an airbase near Bandar-e-Bushehr as a hub for 35 Sukhoi Su-57 fighter planes

Russia has played this brilliantly as masters of global chess. There is always talk of how China thinks in hundreds of years, but if you have Russian gambits like this, it does not require Peking years, but Putin days to shift the balance of power effectively.


As it stands, then, Russia not only has unfettered access to all of Iran’s onshore, offshore and Caspian Sea oil and gas reserves to sell on as it wishes, however it wishes, but also is set to secure two of the most strategically well-placed ports and surrounding areas in the world’s most sensitive oil and gas hotspot, giving it effective control over the Strait of Hormuz.

If one pieces together the headlines, the use of Russia in accepting that ridiculous China silk road and belt to draw China in as much as Iran as pawns, is brilliant. Russia has these two nuclear powers projecting their interests as front bases of contention, while Russia quietly expands her footprint.


China, Russia, Iran: Ports and Power Along the Belt and Road

https://thediplomat.com/2017/03/china-russia-iran-ports-and-power-along-the-belt-and-road/
China, Russia, Iran: Ports and Power Along the Belt and Road. The China-Pakistan Economic Corridor (CPEC) is particularly important for China. With access to Pakistani ports, China will be able to expand its market reach and bring in foreign direct investment to ease the devaluation of the renminbi.

https://www.youtube.com/watch?v=JEKHOqifKnA
Two Iranian ships arrived at the Russian port of Makhachkala, the capital of the Republic of Dagestan for an unofficial visit on Thursday. Video ID: 20170309... Skip navigation

This is not just Iran, but Russia has been involved in shutting down the Mediterranean in both Cyprian and Syrian warm water ports. Yes the Black Sea is still a Russian vulnerability to get to the Mediterranean, but the fact is Russia holds Crimea, Turkey is no longer a trusted  ally of the West, and Russia has been placing nuclear forces at every military sea lane in the world to strangle American movements.

In this, with Iran, Russia has secured the Caspian. The Caspian is the invasion route of Moscow and more importantly it is the secure supply route for it's forces in the Mideast. From the Volga to the Persian Gulf, Russia has direct land control directly into the Indian Ocean.

https://www.al-monitor.com/pulse/originals/2015/03/russia-sanctions-europe-nato-economy-cyprus-mediterranean.html
An agreement allowing the Russian navy access to ports in Cyprus sends a message to the EU and gives Moscow an alternative to its facility at Tartus, Syria. A guard looks on as the Norwegian frigate Helge Ingstad leaves the port of Limassol in Cyprus, Dec. 28, 2013. The Russian navy's new access ...

Russia Seeks Access to Bases in Eight Countries for Its Ships ...

https://www.cnsnews.com/news/article/patrick-goodenough/russia-seeks-access-bases-eight-countries-its-ships-and-bombers
Russia says it is negotiating with Cuba, Venezuela, Nicaragua, Algeria, Cyprus, the Seychelles, Vietnam and Singapore about access to facilities that can be used by its navy and strategic bombers. (Image: Google Maps)

Russia and Iran Lock NATO Out of Caspian Sea | The Diplomat

https://thediplomat.com/2014/10/russia-and-iran-lock-nato-out-of-caspian-sea/
Russia and Iran Lock NATO Out of Caspian Sea. His Iranian counterpart, Hassan Rouhani, added that "there is consensus among all the Caspian Sea littoral states that they are capable of maintaining the security of the Caspian Sea and military forces of no foreign country must enter the sea," Iran's state news agency PressTV quoted Rouhani as saying.


It explains the Americans turning to the Turban head Taliban in Afghanistan, as Afghanistan is now a vulnerable American position and as this blog has noted, only by poisoning the Khyber with plutonium will America be able to hold the Chinese hordes out of Pakistan and India.
President Vladimir Putin has now made certain that the United States is welded to Afghanistan and the Americans can not leave this quagmire. 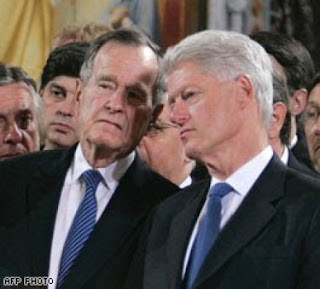 This is what one produces with "perpetual war" as Bush family envisioned in bleeding America dry for funneling trillions of dollars to Wall Street cronies, and this includes Bill Clinton and Barack Obama, who were actors in this same looting of the United States perpetuating Bush policy. 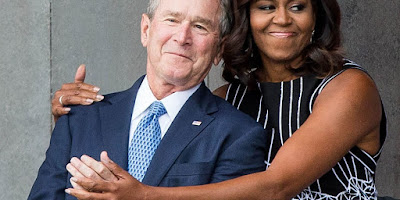 The Russians are about to teach a lethal lesson to the trolls on the right and left who have been following these TransPols blindly.


Russia is now in position to dominate using it's hybridized warfare. The nonsense of Russian bots disrupting US elections was never the problem. Russia understands it can not win a conventional war, nor a conventional or nuclear mass arming against the United States. Russia though can by American crony capitalism as practiced by Bush, Clinton, Bush Obama, will so alienate peoples, that the natives will readily accept Russian and Chinese footprints on their soil.
The fact is even in modern warfare that it requires immense firepower to retake land held by other  nations. Russia HOLDS the lands and can protect power in the region to crush America before America can produce enough conventional warfare to thwart Russian advance.

“Iran’s attacks on oil tankers in the Gulf resemble, in their intent, Russia’s hybrid warfare operations that we have seen in Ukraine and elsewhere,” said Nataliya Bugayova, Russia research fellow at the Institute for the Study of War, a U.S. think tank.
“Russia and Iran use hybrid warfare operations to advance their broader aims while trying to obfuscate reality on the ground and prevent the West from taking action to defend its interests,” Bugayova said, adding that Iran “has a history of learning from Russia on the battlefield.”


The United States for all it's sand spit war success, has never had to fight a war where it's supply lines were destroyed, where it's bombing was facing advanced Russian weapons, nor a Muslim nuclear terror projection into the United States.
Anyone can win a war when they can deliver massive firepower at distance. It is another matter though when gossamer threads are that firepower, and the mauling of that firepower is distance of weather, grinding sands and the shredding detonations of thug steel.

As this blog posted recently of the Russian English invasion of Iran. Those two powers only invaded the nether regions of the coasts of the Gulf and Caspian. They did not venture to the hinterlands of Iran's rough terrain. With Moscow allied with Iran, the United States can not venture into the hinterlands, and the teeth of the Bear controls the Caspian and the Gulf. This then checks American use of nuclear firepower as it will bring nuclear firepower from Russia to obliterate US bases. The United States will not escalate past this to a direct attack on Russia, as this will unleash Russian Satan MERVs on the United States.

Donald Trump has in bad advice, placed America on the outside looking in.  The Europeans want no part of America bullying or their disruption of European elections. The United States is isolated with worthless allies for Greater Judea policy.  The greed of expensive war answering cheap Muslim attacks has crippled the Americans, as their firepower as in Vietnam and traitors have ruined US policy.

This is not my business in working for free in posting a solution to this as all of the rich trust in their portfolios and have left me for dead. What Moscow has produced, will bring an end to the United States, and the rot has been sown in Bush, Clinton, Obama, Trump open borders in Visa Vermin. The United States can not survive in a world without trade. The economic bubble has been pricked, the Obama Super Depression is in possession of America, and Americans face genocide in being replaced by foreign slaves.

Once again the reality of the facts from the Lame Cherry in matter anti matter. You pay for what you get, and you rich people are going to pay in spades for leaving me by the side of the road as God is producing a Eurasian reckoning.