The Extinction of the Anglo Caucasian 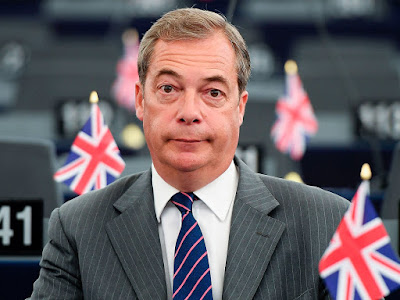 The Queen had a disappointing week.
She dropped Charles off at an abortion clinic and Meghan at the zoo,
and they both made it back to Buckingham Palace before she did.


Once upon a time, there lived an ugly sleeping princess, who was kissed by a frog, and when she awoke, unfortunately she was still ugly, and her heir grew up to be Prince Charles.

Nigel Farage was in falling off the cliff Australia, and gave a speech which was a Benny Hill performance. 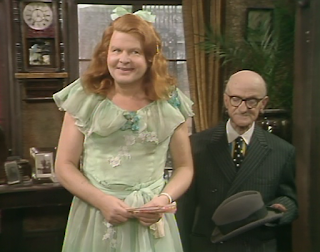 How bloody well was I to know they didn't know it was a Tarzan skit!


Farage is a classic intelligence agent and like the near extinct British class, his is quite biting and brilliant in his satire. His filleting of the liberal British monarchy was fitting, as he reminds the English that the last thing England can survive from is King Chuck, and African primates in the royal line.

Farage unleashed with calling the Duck of Sussex as the Prince of Wokeness. I had to look that up, as I of course am not a racist nor involved in all of these Social Justice Warrior terms. It was hilarious though if you understood what Farage was saying in, "Wogs are too stupid to give CPR to a dying Wog, and they think that urging a dead guy on by cheering him, will save him".

That is the classic definition of these Social Justice Warriors, the snowfreaks and snowfakes of the end of civilization.

https://www.urbandictionary.com/define.php?term=stay woke
Stay woke. A form of ghetto CPR given in form of a encouraging phrase, sometimes accompanied by clapping of hands by the person doing the encouraging, rather than in a useful life saving procedure that can actually save a life.

I honestly think that Prince Phillip has a horse sized cock. He tells the most lewd jokes, loves horses, and what can be the explanation for how odd Charles is, but Phil has a foot long dick with a head like a bat, and he kept humping the Queen all 9 months and was giving Charles concussions 5 times a day with his big dick.

Charles life has been about finding money in Canada and not giving it back. Yes that was on 60 Minutes when Charles was deployed in Canada, he picked up some money and would not give it back. The guy owns Wales, and is a trillionaire and he won't give 20 bucks back to a cameraman?

His social justice stances were railing about ugly buildings in London, while England was imploding financially.
His social justice rants were on climate fakery, instead of London becoming a Muslim outpost ending the English people.
This was a man who had daff headed blonde wife named Diana to boff non stop, and he was out nailing that horse headed Camilla who looks like a guy from Manchester United.

Something is wrong with this guy as he was born goofy from the womb. 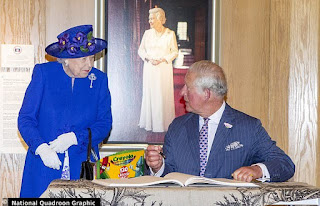 But Mummy, I haven't finished drawing penis
on the quadroons yet.

Prince Charles has been proven wrong on major issues. He predicted the polar ice caps would melt coming 5 years ago, and they are even thicker, and he has not bothered to apologize. He just keeps existing for the day his Mother dies, so he can become king.
No one wants Charles as king. They don't want him as a prince. It is time for the Queen to just appoint Prince William, King Regent and give Charles the exit strategy.
Literally the past time in England is everyone turns to their paper and hopes that an obituary is there announcing that Charles drown in a bowl of soup when he fell in.


The Brexit Party leader has doubled down and mocked the Prince of Wales, who he calls 'Charlie boy', for telling a 2008 EU summit that the North Polar ice cap could disappear completely by 2015.


The thing is, the worst of it is not Charles. I swear this is like something out of Benny Hill, as there is something worse than Charles, and this duo makes Chuck and Camilla look acceptable.

It is this polo boy bastard Harry, who seemed to not be able to make up his mind in either being a faggot or a man whore, so he chose to go Darwin and start mating with the Neanderthals.Yes Harry is a Prince who turned not to the Church of England, but to the repentant Charles Darwin by marrying a quadroon for his sins of monarchy.

Seriously, King George was nuts so he had an excuse, but Harry was not suffering even big cock concussions from Charles or his stable man father banging Diana. He went social justice when the Queen told him to marry a Negroid so the British would get a vine up on the African markets that the Europeans intend to annex.
I wonder how that conversation went?

"Queen Grammama, my penis gets hard over monkeys".

"That is alright you little bastard. Go find a wog to fornicate and we will get Africa back."

This is the Prince of Wokeness. King Henry could not get enough beautiful women, but Harry only has eyes for the zoo specimens.


Turning on Harry he then called him the 'Prince of Wokeness' because of his developing passion for social justice and his pledge to only have a 'maximum' of two children to help save the environment. 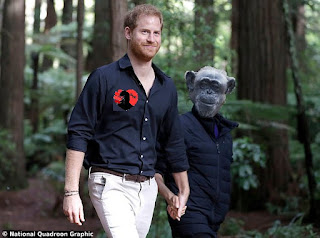 Me Tarzan, you Social Jane Warrior


Last month, Harry told activist and chimpanzee expert Dr Jane Goodall he will only have two children for the sake of the planet.

Why are these two even procreating as in the goode olde days there were laws about these things. 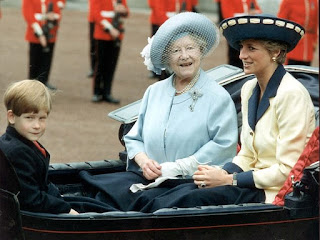 Diana, I once drank a mortar shell full of gin
and had a romp with an ape at the zoo.
You watch that little bastard Harry as he has
that gin look every time he sees a chimpanzee.

I mean for a commoner, Queen Mum seemed normal, but shit that thing she was married to in Ed was a stuttering fool, and his sex crazed brother traded an empire for a fuck. Even a commoner can not overcome that shit for brains. It seems the salvation of England is Princess Kate, who appears to not have suffered from cock concussion in the womb in giving that loaf head husband some DNA that is human. Yes that one is normal and not like Charles and Harry.

The Queen has a definitive problem as great as what led up to the beheading of King Charles. Her reign was one which was far too liberal in embracing Labor against Tories. Her children were public relations disasters in divorce and perversion. They were either on pedo island or raising primates having sex with the zoo animals.
Her policies have been to neglect Conservative Christians, and to promote terror Islam and leftist revolution in the regressive Social Justice Warrior which criminalizes the English for their race and condemns them.

In this Queen Elizabeth has failed the throne and her people.  It is at this point in jeopardy of the survival of the English race, the Queen has abdicated the birthright and blessing of the English for all that the English fought against for 1000 years.

The United States is not any better in the betrayal of leadership. Britain is Balkanizing. It welcomed in the Obama Wog as the epitaph of the British who want nothing of this, then went down to the zoo and copulated with primates who who have not evolved past the stage of the property the English were selling them as not that long ago. 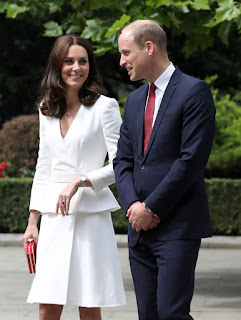 I don't know if Nigel gets wood over me or you.