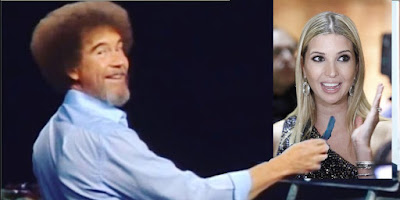 
I reside in a world as most of you do, in you never have any money for things you dream of, and you look at all the other peoples who either are driving nice lives in making debt payments or they have portfolios of millions of dollars made from money stolen from you, in this Nazi economy.
By Nazi, it is a national socialist economy where the conglomerates have money dumped into them by either illegal drug trade for their franchises traded on Wall Street or government contracts pumping money into their welfare and defense coffers.

I do though pay attention to realities. I notice things in cause and effect. This blog only covered HAARP's weather war on Protestant Americans. Some of you may have paid attention to the flooding which kept farmers from planting. Fewer knew that Donald Trump handed out like 13 billion dollars to millionaire farmers to tide them over. That money was money laundered though, as the farmers will pay bills with it to the agribusiness conglomerates who sell them fertilizer, seed, fuel and equipment. That money was for John Deere, DuPont, George Soros, Exxon and Monsanto.

There is a coming reality in Donald Trump's trade war with China, and that is American farming has forever changed in Mr. Trump's promises of better days ahead. Over the past two decades, American farmers were paid money for raising soybeans, which have only one market, and that is China.
China is moving to competitors, meaning Brazil. Just as Americans are losing markets for their wheat, and no one is buying corn.

What farmers though are being forced into though, is to raise more 200 bushel per acre Monsanto frankencorn. Corn once was a 100 bushel an acre crop in prime areas like Iowa. Now corn is 200 bushels, but there is not a market for it, as food production is beef from Canada and pigs processed in China.
Plant twice the acres of corn, at twice the production, and the price for corn will plummet by half. Farmers will go bankrupt which is the agenda in this. Robotics is the future, and just as the dairy, poultry, pig family farm markets were forced out of existence for corporate farming, the trend is the corporates to control the farm land.

Yes while you are looking at the Trump diversions, the Webster Griffin Tarpley splitting of the democratic party, but the real jeopardy is the world of production economics and debt economics. Production economies in the United States is kaput. What is the revenue source is debt enslavement, and the production of debt has moved past fiat currency and fractal lending for the Rothschilds to loot nations, but selling of debt to suckers until no more blood will come from the corpse.

There is something at work in this cycle as Donald Trump has opened the floodgates for debt spending in government. That means there is a huge amount of money, 300 billion dollars more, being looted from America, but being pumped into the economy, which is driving the Trump economic growth, which is stagnation.

What happens if you have an extra hundred thousand dollars?  Say you want to buy a car or a house, would you quibble over an extra ten thousand or just spend it? Of course you would just spend it as you have it. That spending though raises prices, and that is inflation, which mirrors Trump Stagflation is what the economy is.

While it has yet to be enacted, there was a promise again that gas prices will plummet this last quarter, as America has plunged into the Obama Super Depression. A cut in energy prices would mean a diversion of American consumer funds to other areas, in an attempt to negate the Trump inflation of consumer goods, because the reality is the Federal Reserve can no longer raise rates to slow down inflation, so throttles have to be pulled, which have nothing to do with bank lending, because the banks are having liquidity problems.

For all of the e currency being generated in Steven Mnuchkin Treasury debt spending in budgets, the printing of real currency is not expanding, and is in effect, large denomination American bills are disappearing across the globe.
Someone is hording paper currency. The Durden Brothers at the Zero point to non cash investments, which would point to gold, will deflate. That is of interest as Trump has been trying to deflate the dollar by railing against it's buying power. A less powerful dollar should make gold rise as the dollar is cheap, but the fact is the forces are working against each other in this to lessen the dollar value and to lessen the value of other assets.

You have to comprehend too that as the stock market deflates, those trillions in thousand point drops do disappear on the investors end. See you buy a  stock for 1000 dollars, and it drops to 500 dollars, and the corporation still has the 1000, but you have lost 500, or half your wealth. Understand this point though, that when you sell your 500 dollar stock, the company still has your 1000 dollars, and is only paying a dividend where it is earning more than what it is paying you. A stock drop means nothing to a corporation as it has all the money yet from a stock rise. The stocks drop far enough and they buy their stocks back at pennies on the 1000 dollars, and like the Great Depression, or the 2008 Obama implosion, and wait for stocks to rise again, and then sell them to the next sucker.

The next sucker is you or your government, because in Trump debt,  Treasury bonds are sold, and the Federal Reserve purchases this debt. So you understand this, Ponzi Scheme, the Rothschilds have you print money at the Treasury and print bonds. That money goes into their conglomerates for profit, and then they buy that debt and you pay them in interest.
It is a wonderful triple robbing of you, in they stick you with the debt twice, they get the profits and charge you interest on the debt.


"the Fed may need to start open market operations sooner rather than later to inject reserves into the US banking system."
Open market operations is, of course, another name for QE, which as we have been saying all along is inevitable if for no other reason than to monetize the upcoming wave of UST supply especially if China decides to boycott (or outright sell) US Treasurys. Indeed, the Fed may have no choice but to launch QE simply because of too much Treasury supply and the market's ability to warehouse it - a challenge that will only grow in the coming years, which is why we have been warning for much of the past year to watch out for market crashes - just like the failure of Lehman - these are a convenient and easy scapegoat for the Fed returning launching another round of QE... much to Trump's applause.


In all of this though, is the reality that the United States has 13 trillion dollars in debt being bought and sold. It is termed "global assets", but these assets are negative yielding, or translated investment groups like Goldman Sachs before the 2008 Obama crash, were packaging this debt and selling it to banks, which means the place where your money or nation's money is, and it is not making any money, or in other words they are paying to hold that debt.

That is what Quantitative Easing is about. A portion is a bribe to the lower food chain to buy that sucker debt, while other parts are to provide a bribe in which a bank or investment house can make enough profits so people with portfolios will trust these institutions to handle their life savings.

In direct proportion, Trump spending in massive debt, is balanced by the Fed charging you for that debt. It is the leech which sucks the life out of the comatose economy.

LONDON, Aug 5 (IFR) - Credit investors' top fear is the potential failure of quantitative easing to kick-start the economy, according to Bank of America Merrill Lynch's August survey, which returned the most bearish responses the bank has seen for some time, it said.
Of the investors BAML surveyed, 33% said "quantitative failure" was their biggest fear - the largest reading ever for this answer, analysts said, and up from 13% in July.
Investors' central fret is negative-yielding assets.
Almost US$13trn of global assets are now negative-yielding, according to BAML - up US$1trn since last month

A most interesting event took place in this, in the Rockefellers, who laundered Barack Hussein Obama's counterfeit terrorist donations in 300 million dollars to the Obama 2008 campaign, and you were stuck with the bill in TARP bailouts, simply cancelled the debt for Canadian card holders, as Chase got out of the Canadian market. This was a fortune and yet while Chase gouges Americans, and Visa targets conservatives for ruin,  Canadians were given a huge windfall, which Americans will pay for.

The reasoning behind this is Chase is opening 400 new branches in the United States. Those branches will be aimed at Trump's Visa Vermin, replacements of Americans. It goes back to that 100,000 dollars you have in fiction, if you saw Trump opening the vaults of rapine in the United States, would you waste your time picking up Canadian pennies?
This is the Trump economy, a massive debt spending, funneling money to Nazi conglomerates, as the Fed buys up your debt, which you pay them interest for, and it is farming the slave plantation of all of these Visa Vermin. Human traffick is a commodity in this commerce

This is a comatose economy. It is legalized rapine. It has already been planned and plotted long before the Durdan Bros were alerted by the Fed. The rapine is in the United States, that is the place to make the money, and that money will be made by your being forced into massive debt, brought about by the plantation wogs.