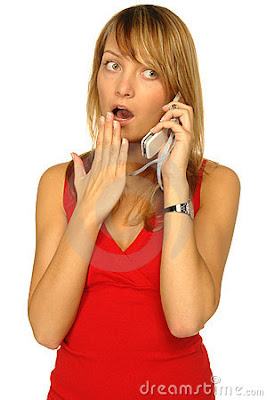 Ahh.....no, Kummon Iwanna Layah is not here
and I am not interested in filling the position!

As it is not any secret, what carriers I use in ATT and Mexico Slim, I have noted something which even is a part of Verizon users, but as everyone is always on their phones, they do not notice, except me who never phones anyone.

I have the mother's phone. I have our emergency phone and we have the internet phone in the hot spot. Over the past year I have noticed something a bit interesting in these phones. When I use them, I start having phone marketers calling me. Use them mean when I call people. When I text people, I get texts on Mexico Slim.

I have a theory in this criminal racket in the reason you get phone calls you do not want, even with government do not call lists, is because one of two things is taking place


There is absolutely not any chance that in the small cow plotch brier patch that I live in, where I phone my tax gal who is over 70 years old on her work phone or phone a tire store for a flat, that they are having their numbers ripped off on land lines. That means the source of this which feeds back to me is a phone company selling my number, because I may not call people for months and the calls actually stop. The minute I have to make a necessary call, WHAMMO, the telemarketers start calling me again.

Once again this is another Lame Cherry exclusive in matter anti matter.