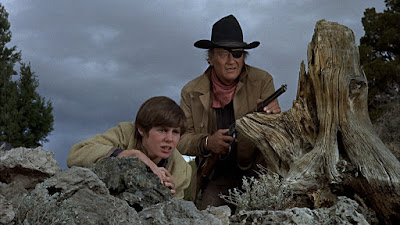 I have been tortured and the shame is I paid for it. It was willing at 2 dollars, as I wanted to know, and sometimes intelligence markets in the sum of a seven figure torture for a  small price.

I will declare that I have not read the book, because I do not have the inclination to waste my time on fictional script. The importance of which is the script of the communist Margaurite Roberts who John Wayne would not black list, compared to the Jew Cohen brothers, who suck as writers and directors. 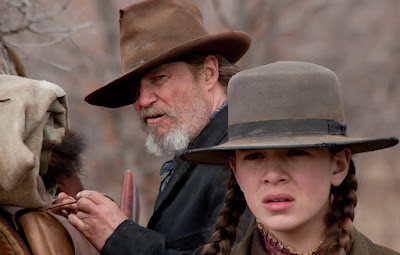 The Old Man in Pawn Stars made a better Rooster Cogburn than Jeff Bridges. Thing is Jeff Bridges sounds like he is playing the Old Man. 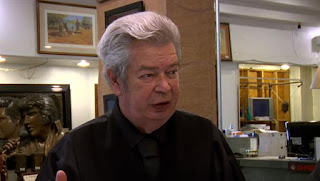 That is who I kept thinking of, is how good a job Kurt Russell would have done playing Rooster Cogburn, compared to the botched job of Jeff Bridges, but then he never was Lloyd or his fat little liberal brother, whose name escapes me.

I always thought Glenn Campbell was a wrong cast in the original, but after watching Matt Damon, Campbell looks Shakespearean.

The more the minutes passed, the more I missed Kim Darby and the entire cast as from major to minors, the original surpassed in every way.

When Mattie and Little Blackie swim the river in the original, the water is blue. In the filthy second version, even the water is brown and filthy. This is nothing but a grubby movie.


Josh Brolin does a good job though mimicking the great Jeff Corey. Problem is he starts out strong and fades fast in a rather light weight performance, but what can you expect, in a clone which follows with Barry Pepper as Lucky Ned, who is about as fairy pee compared to the great Robert Duvall as Lucky Ned Pepper.


I will say I liked two parts in the Jew version, but they were Jew liberals branding White America as racists. The one is Bridges kicking Indian kids, which is amusing as hell. 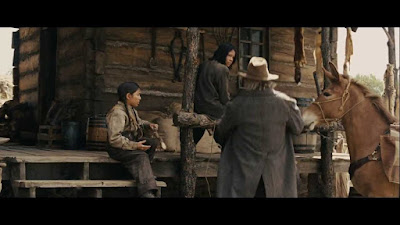 The second is the corpse in a tree, which is plain stupid, as the dead guy is high in the tree, and no way in hell is anyone going to hang a guy, going to climb 40 foot up a cottonwood to hang a guy, as on a short rope, how does the guy get up there?

Stupid shit like this which is just piss poor. 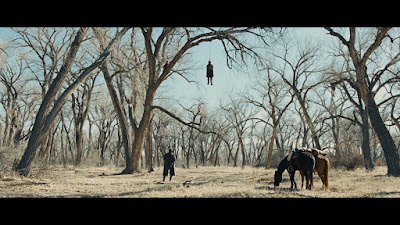 And here is Ben Affleck's twin and Jeff Bridges, posing for pedo pervs with little Mattie who seems to be selling it for more than two bits.
That was one pig nose ugly girl in the movie. She was pimped after it though where she seemed to have more talent getting wet over geezers than anything else. 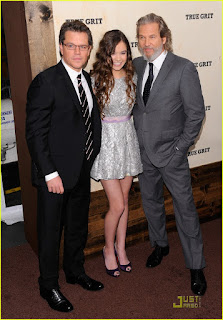 Leon Russom is the best performance as the Sheriff, but John Doucette still beats him in the original. Just as
Man that Jew version just don't cut it, but what do you expect for city boys knowing what the hell America is or what Jesus songs to bastardize as the theme music.
Just as Roy Lee Jones as Yarnell is no Ken Renard portraying an Arkansas Nigger liberated off the plantation.
The Cohen's butcher Stonehill's scenes which the communist Margaurite Roberts did such a wonderful job scripting.

Like all things, this was a dirty and depressing version not worth it, but what do you expect from city folk who hate John Wayne America.

I have even more respect for the acting ability of John Wayne now, having suffered through the Jew version of Jeff Bridges.
It is though what Hollywood is now in destroying the American vision of hope and replacing it for the gulag ghetto.

Henry Hathaway was one hell of a wonderful American Director, but that is what you got when people who loved America had their dreams in their work and were not busying hating America in trying to make it into a nightmare. 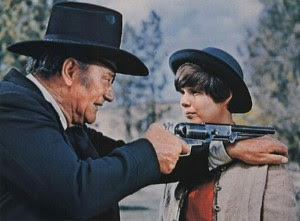