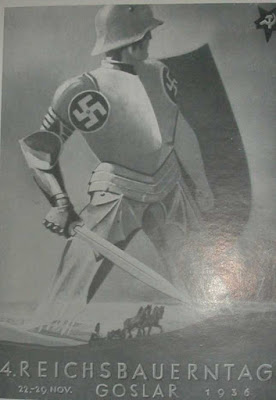 I was looking at my apples and they are small this year. I have learned for the first time in my life that apples need heat, lots of heat to make nice apples. They need heat as much as water. Water without heat, gets you little apples.
I wonder if that is why black dicks get big by legend in Africa is hot and humid. You don't see many Muslims in that hot desert with big rockets nor more than the Eskimo are not known in that ocean of ice are known for long dong kayaks.

I was talking to our neighbor, who stopped by us on the road as we were walking. He is like 80 something, drives a big 3/4 ton Chevy, has a pacemaker and was 10 minutes to tits up a few years ago as his heart was pumping that slow.

So I ask him now the wheat was. He doesn't tell me, just says it was as good as the crops were going to get this year. Wheat does 50 Monsanto bushel, so that means the wheat was not producing.

He then said that the corn was not good. Ears are not hanging down, kernels are small.

I said they can cut it for silage. Of course at 500 an acre, that is not cheap feed, and there are not enough cows to feed all that fodder to.

He then asked about the beans, as he is old and is not wandering around in fields any more. I said they needed heat, and we only had 7 days of heat all summer. He shrugged and then said an early frost would do everything in.
The beans were about half an inch bean pod with two miserable beans. That ain't 50 bushel frankenbeans either.

Donald Trump though is pumping in 15 billion to the sodbuster billionaries in this trade wars. He knows this is lasting two years with China. 2 years is what the looting of the Treasury funding bill Trump signed off on, so that is the 2021 AD in the year of our Lord.
Never mind on that as the 15 billion is not for the sodbusters, it is for Bayer, DuPont, Exxon and John Deere, the Nazi conglomerates who have these whores called farmers who are pimped for 15 billion dollar tricks.

For those who remember the Prophetess, about a year ago, just as the mother went tits up, because HAARP was creating superstorms and early cold, so old women would not survive to collect their retirements past due. I told you what HAARP was being unleashed on Americans for forcing people to buy fuel to heat their homes, and for the coming attraction this 2019 summer of the perfect storm in busting the American rural economy. It is in full swing to suck the life out of the wetware and replace them with Nazi conglomerate robots.
I just did a God Inspired typo in Naxi, yes I am going to use that from now on for the Naxi conglomerates.

Any way never forget where this all started in the Weather Mods were blocking nuclear fall out in creating hot zones of radioactivity, with the interesting part is, the same areas now being wiped out by HAARP cold  summer and wipe out winters, are the same areas practiced upon for hot zones in a future nuclear war.

The crops are in ruin. Gone are the cocky millionaires. I see them absent now from town. I see the ones who have enough assets shouldering down like they have seen these storms before and will weather this one out to, but that is not going to happen this time.

America's bread basket has been turned into chaff. George Soros the Jew. Cargill the Jews, Archer Daniels Midlands who control American crops hold the real gold in once the farmers are replaced, they control the food supply, just like oil, diamonds and the wetware.

The market to China is gone. This though is for a new emerging market where food is weaponized for the trade of souls in South Asia and Africa. 4 billion guts to fill, and no Americans farmers just robots and HAARP rains, as robots don't mind radioactive soil.