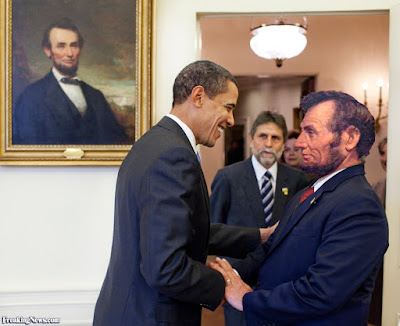 Well I undid your mistake of unifying America there Abe

In the aftermath of the homicidal acts in El Paso Texas and Dayton Ohio, it is becoming evident what the British MI6 is coordinating with the rulers of America, and that is what this post will examine, as the forensic psychology of this is meant to trigger those on the right and left, while progressing an agenda of repression against Americans.

The reality is for all the liberal smears against Donald Trump, Mr. President has advocated for denying Americans the right of innocence in Red Flag confiscation of firearms, has sought to ban firearms, and is expanding the death sentence for people thinking in using the term White Supremacist.
These are all Birther Hussein Obama Marxist realities, so Mr. Trump is advocating for the American left and in that the American left has their best advocate in Donald Trump.

That is a reality.

As far as these acts being defined as terrorism, they were nothing of the sort of terrorism. The criminal in Dayton Ohio, was an Obama revolutionary, and no different than Joe Stalin setting factories on fire in the Soviet Union, or unionist using clubs to beat non union workers in Chicago. This is not terrorism. It is political thuggery.
As far as the El Paso Texas situation was, on face value, this was a person who like Andres Breivik was defending his personal space as any Viking would against invasion or any Daniel Boone would against Indian attack. That is not terrorism. It is a psychological defense of personal space being infringed with dangers.
There is the question of El Paso though as someone who was not the arrested shooter, posted the manifesto according to  8 Chan.

Terrorism is an action practiced in majority by Muslims, who coordinate numbers of people to instill fear into large numbers of people, to gain a political advantage. As Dayton and El Paso proved, Americans have zero fear of being in shopping malls, as hordes are still going there after a number of these attacks, whether at festivals or clubs.

Dayton and El Paso were not terrorism, domestic or foreign.

The calculated use of violence (or the threat of violence) against civilians in order to attain goals that are political or religious or ideological in nature; this is done through intimidation or coercion or instilling fear

For that reason, it is powers that be agenda, to as on 9 11 to deliberately incorrectly define the events as terrorism, for the purpose of shutting down key segments of society as 8 Chan or to target specific groups. Much is focused on White Supremacy, but when was the last time you saw anyone in a KKK sheet burning a cross or any Skinhead roaming your streets in gangs beating up anyone? There is no White Supremacy. It is a creation of the intelligence and security agencies in the United States and abroad. In America, events usually have in court documents some FBI or BATFE mole involved, just as in Germany there are so many Germany security agents posting comments of violence that the courts will not hear cases against National Socialists there, because the Merkel regime was the perpetrators.

That is why Homeland Security demanding that more needs to be done from funding to whatever is beyond Patriot Act, where people without trial can be pulled off the streets and held in prison forever without charges, is another facet of Donald and the Wogs which is an agenda of repression and not reality.

For the reality having met Homeland Agents, they are professional, very well trained and of the best quality in questioning and interrogation. They are not missing a thing on domestic terrorism, and if their leadership can not spy on American for billions of dollars, then the leadership should have been fired by Donald Trump, and not asking for more powers and financing.
But that is the reality of the agenda of El Paso and Dayton to mis identify events, for political acts of repression.

Breakdown of the Department of Homeland Security budget by ...


The last major act of  domestic terrorism which took place in the United States was the murder of LaVoy Finnicum in Oregon and the persecution of the Bundy's. No one at FBI has yet been charged with that murder, torture and intimidation, and they never will be, because the same powers that be who instigated that for control of uranium mines in the west, are the same perpetrators working the holocaust myths of Dayton and El Paso.
Over 3000 babies are ripped apart in wombs, scorched in wombs, chemical weapons deployed on wombs and brains sucked out of infants, and yet those murders are of no consequence as the same numbers of Chicago Black and Latino killed weekly. The 31 dead of El Paso and Dayton are part of an organized agenda, while the 3000 are for profit in medical research and the dead in Chicago are about decentralized control of the narcotics trade laundered into Wall Street.
Sherman Skolnick would be making  these same statements if he had not been assassinated as Andrew Breitbart was for rocking this boat.

So this was not domestic terrorism, and Homeland has all the draconian authority it needs from George W. Bush and Barack Obama, and all the money and agents to to do the superb job in there not being any domestic terrorism in the United States on a large Muslim scale.

This then goes to Donald and the Wogs. 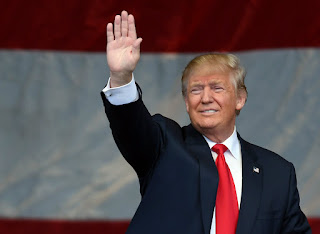 Mr. President's soliloquy appears to be based in his advocating gun control before the liberals do, and then not doing anything too severe about it, as long as Steve Munchkin is not banning Russian guns, at least at this BATFE point in the Trump tenure.

The White Donald Trump though is cast in this as the Big Boss Man, and fittingly he has two Wog state employees to perpetuate the message:

Tans is Grande
But White is the color of the Big Boss Man.


In microcosm, forensic psychological manipulation, Mr. Trump is the actor in chief of protecting America, while his opponents are those fearful swarthy shadows producing fear in the Obama White Folk huddled behind the glow of their smart phone screens.

For effect, but miscast except for being ugly, Corey Booker, not of Ohio appeared with his jungle drum chants just beyond the forest line. 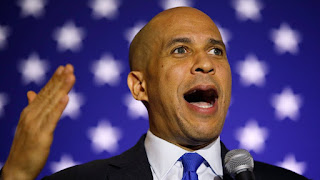 "We need to be honest: about not just who we are, but who we have been," Booker said. Booker's trip to Charleston came as P…

Booker is apparently the Martin Booker King of this era as the Obama shepherd to the black sheep.


Added to this, Joaquin Catro, as of late in Texas, has been doxing Trump supporters, which in all of this is a real act of terrorism, as that act was meant to terrify Trump supporters by allowing leftist kooks to threaten them, like the mobs outside Mitch McConnell's mansion in whatever state he pretends is his home. 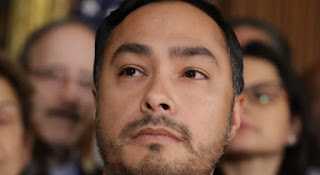 https://freebeacon.com/politics/joiquin-castro-posts-names-and-employers-of-trump-supporters/
President Donald Trump's reelection campaign has taken issue with a Facebook post from Texas congressman Joaquin Castro that lists the names and employers of Trump donors in San Antonio and ...

Castro is the balance to Booker in being the Castro Ayers of being the Weather Underground to intimidate them Obama White Folks as in the 1960's.


Once you understand that all of this is by design in VISUALS to trigger the mind, then perhaps you will begin to ponder the reality of not being manipulated into being forced to choose Trump Obama policies to prove you are not a racist on the right, and not forced to be  black sheep in having the Obama Wog leading the left around to diminish their numbers as the two criminals in Dayton and El Paso were leftists.

You will notice that FOX did not feature Bernie, Biden or the nethers of the 2020 democrats, but the White Privilege equals to Donald Trump were these two inbreds from Ohio, who would only appeal to feckless snowflakes looking to meltdown, not over their white deliverers, which any normal soul would recoil in shock in discovering this duo that liberals trust in, was their last hope. 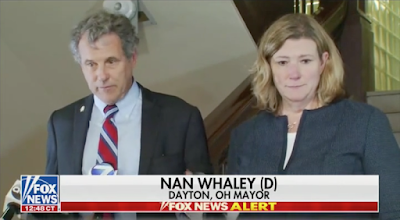 This President still has manifestations of his M6 Pissgate coup as the forces are still giving cover to him and martial ordered against him, as the new enemies of the state will be those in the Trump White House who refused to allow Homeland Security to smash down our Paul Manafort doors at dawn, feel up our wives in their nighties, and point tank weapons at us as Roger Stone peers from behind his door.

So this is the real world as Newmax's own support for Hillary Clinton after having cuddled with Donald Trump, now rears it's head to Cassius Mr. President in his hour of need as Peggy Noonan did Reagan supporters for Birther Hussein Obama.

It is the point in this as a kind friend from Nevada said awhile back that he reads this blog and stated he could not post the things which appear here for the dangers involved. He is a brave man who is far more brave in being a father and husband, which is a daily facing the world to protect his family.
For the rich though who read this blog and the people who pretend they are not rich, they have a huge debt here, as no one is publishing the correct analysis of this, and putting the facts before you so you can see what you are really seeing and being manipulated by. I would really like to have the big donations and go fishing from shore on our pond, as there is a real agenda push as on  9 11 again, and the types of things the President is advocating in death penalties for actions defined as hate crimes, which would include calling someone a Quadroon, when it is a real definition, and stripping a Citizen of rights without due process is the reality of the PLA in China.


None of this is going to stop as it can not be stopped. It is why I look to Jesus and put my Faith in Him, as no one should be so manipulated to bring harm to themselves or others in fighting this tide. It is big like the sun rising in the east, you can not stop it, so there is no sense to be upset about it. It is logical to tend to your own lives as these issues are bigger than us, and will require world wars to sort out again.

I just want to go fishing, get some needed rest as I have not recovered for writing the time line which put Donald Trump into the White House to complete MAGA. That is gone and I am in a worse state than before, and am still begging the rich to donate as they should before the stock market goes to where it is going and they will be like me.

https://www.marketwatch.com/story/dow-drops-400-points-as-investors-fret-about-global-growth-outlook-2019-08-07?mod=marketwatch-options-trader
Dow drops 400 points as investors fret about global growth outlook ... Brace for a 2nd wave of stock-market volatility — and this one could be 'Lehman-like,' says Nomura ... Real-time last ...

Stocks drop at the open as yields continue to fall - briefing.com

https://www.briefing.com/investor/markets/stock-market-update/2019/8/7/stocks-drop-at-the-open-as-yields-continue-to-fall.htm
Stock Market Update: Frequent updates that focus on broad U.S. and overseas market activity, key economic releases and stock futures trading that begin prior to U.S. market open and end with a final comment after the close.


I am a much better eternal investment when you have to face Jesus and answer why you were not donating as you should have. 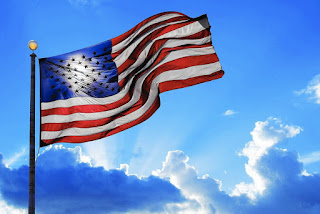