Behind the Trump 8 ball 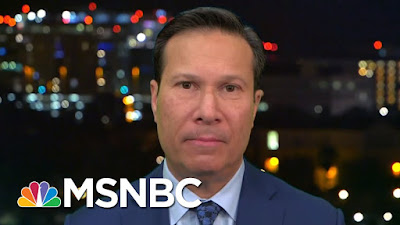 
On my start up page, I have nothing but liberal propaganda appearing in "hate Trump" or "blame Americans" pieces from the major Mockingbird outlets of the CIA in New York Times, Washington Post, and today it was a NBC. The headline was bizarre as I had not hear of mass arrests of  mass shooters in the news, even the leftwing news, and here was an NBC employee writing that such events took place.

Many to me, would mean dozens if not hundreds and yet this Frank Figliuzzi, cited 3. Of those three, everyone of them is suspect as NO ACTIONS were taken as in no one broke the law, but people were arrested, deprived of their Constitutional Rights, and smeared on the accusations of others.
Of the 3 cited, one was Latino, one was alleged a "Nazi" and the last 'identified" as a White Nationalist.

In quoting the former Special Agent of Robert Mueller, this paragraph reminded me of East Germany in it is being advocated in America that your neighbors are being goaded into reporting on you, and you upon them.


If we’re going to increasingly rely on the public to stop this expanding threat, we should all understand the warning signs that someone is headed toward violence. The presence of one of these red flags does not mean someone will act out violently. Rather, the cumulative impact of multiple indicators is often present in active shooters, including school, workplace and church shooters. In my experience, these indicators become especially significant when seen in combination with major life stressors such as a lost job, a lost relationship, or the death of a loved one. Further attention is needed when the warning signs are coupled with singular obsession with a person or group viewed as “the enemy” and with expressions of despondency and hopelessness.

So in recap of this, the "red flags" that are getting people's lives destroyed DO NOT MEAN ACCORDING TO THE FBI THAT A CRIME WILL TAKE PLACE.
Futher, did you read what the indicators are? STRESS in a family member dying, loss of a job or a relationship ending. Seriously, there are over 100 million White People without jobs. Divorce rates are skyrocketing and who has not had a friend or loved one die in the past year. These events are called LIFE and according to the FBI now they are red flags, so LIFE is a red flag, and if you are named in an obituary and someone does not like you, they can report you to the FBI and you will be arrested, because just read the "list" of things which make you a target.

So liking firearms, is a warning sign or CAN BE, MIGHT BE, COULD BE, POSSIBLY or in other words people's lives like Rudolfo Montoya are being ruined in arrests, bail at 500,000 dollars, because he had legal firearms, and there was no apparent history of violence in this man, who had turned to his Human Resources support system in blowing off steam about being treated like a slave as the 40 million Mexicans in America are, but instead of support, his Muslim HR representative, called the police on him, when the Muslim should have said, "Rudolfo you are not going to do anything harmful to anyone. HR will take this up with corporate and you always know you have an advocate with Human Resources."
That is what common sense would have done, but in this world the SIX WARNING SIGNS OF MIGHT BE, COULD BE, MAYBE, read like what snowflakes are always whining about.

That is the thing in this, why is it that Tom Arnold is never arrested and put on bond for threatening people? Why isn't Whoopie Goldberg with her threats against the President and her 12 gauge by her bed? What about Rosie who stalks Barron? And yes, what about Robert DeNiro who is always ranting about punching Donald Trump in the face.

This is what state propaganda looks like when generated from the leftist. You may be nuts if you are insane.  The problem is it is the nuts who are calling other people insane.

On Wiki, there was this report on Frank Figliuzzi, in he stated when the Trump Administration raised the American Flag to full staff on August 8, 2019, it was a Heil Hitler Nazi salute, because the number 88 is deemed "Nazi".

In February 2011 then Director Robert Mueller appointed Figliuzzi Assistant Director of the FBI’s Counterintelligence Division.
In August 2019 as an MSNBC analyst Figliuzzi suggested a conspiracy theory around the Trump Administration's choice to bring flags back to full staff on August 8th, 2019 ("88") as evoking Neo Nazi symbolism suggesting "Heil Hitler".[4]


To explain the "88" which most of you have no idea what it was, and I had to look it up, but Frank Figliuzzi is fixated on it, here is the great conspiracy Donald Trump is involved with.

https://en.wikipedia.org/wiki/88_(number)
Neo-Nazis use the number 88 as an abbreviation for the Nazi salute Heil Hitler. The letter H is eighth in the alphabet, whereby 88 becomes HH. Often, this number is associated with the number 14, e.g. 14/88, 14-88, or 1488; this number symbolizes the Fourteen Words coined by David Lane, a prominent white supremacist.


Yes that Trump is a tricky bastard in on August 8th, he had 10 fingers, two legs and two arms, which add up to 14. Yes that proves it 14 88 and raising the Flag too boot.

It is this kind of nonsense which permeates these stories designed to have nutty old women peering out their windows, holding their cats, speed dialing the FBI, because the neighbor kid is wearing a Star of David that she thinks is a swastika through the curtains.

Frank Figliuizzi is interesting in the forensic psychology of his mind in seeing things not there like old cat women, as you probably missed his "mass shooting" list of "churches" and did not mention Mosques or Synagogues, which begs the question of why did he focus on Protestants? Does he want Churches shot up, or is he an anti Semite and anti Islamist in not showing any concern for the Jews and Muslims murdered in their places of worship?

I have no idea what his Twitter feed features "the fish rots from the head down" which is what Michael Dukakis said of Ronald Reagan, and had to apologize and it appears an anti Trump epitaph. NBC should probably be inquiring into the statements they are having posted in their name and what is being posted on Twitter in associating with them.

https://twitter.com/FrankFigliuzzi1
Frank Figliuzzi added, NBC News THINKVerified account @NBCNewsTHINK. Omarosa's secret tapes highlight the Trump White House's major national security problem, writes . And when it comes to national security, the fish rots from the head down: Thanks. Twitter will use this to make your timeline better.


There are warnings in this kind of invoking Americans to spy on each other, warnings about the breaking of the Golden Thread that all are innocent until proven guilty, in Common Law, that you have BREAK THE LAW, before the government can arrest you. Warnings which this blog has adhered to in John Adams defending innocent British soldiers incited by an American mob screaming "fire".

There is a rule of law and that is being violated deliberately in criminalizing certain people deemed deplorable, because they adhere to the right of self defense. Couple that with the events called LIFE, and their lives are being destroyed.
Why is it that the pen is mightier than the sword, in someone like Rob Reiner attacking Donald Trump, but the FBI is not called in the misuse of that dangerous weapon to terrorize a President? Bill Maher celebrates the death of David Koch and the FBI is not arresting him for that when it is proven that inciting violence and brainwashing with words is where all violence begins.

The very medium which Frank Figliuzzi is abusing is as dangerous as any mass shooter, because this former FBI Special Agent's mouth has the safety off and he is conversing in innuendo and conjecture.

Three people arrested in 300 million is not a statistical reality. The misuse of words to promote a political agenda is what make Patriot George Washington into a White Supremacist, in guilt by race.

America is being accelerated to historical East Germany, as she has already been steered there. It is impossible to have a free society when people are being arrested on MAYBE, COULD BE, PROBABLY, as none of that was ever admissible in court.

And for the record, before I am being smeared for using 8 in the artwork to the left. That painting is by Victor Ostrovsky, a Canadian Jew, who blew the whistle in exposing the corruption of Mosaad. On Coast to Coast AM, George Noury stated that placing the number 8, in your pocket or somewhere seen, would bring in money.
I have not seen any cash benefit from that 8.