The Fillet Mignon of the Skies 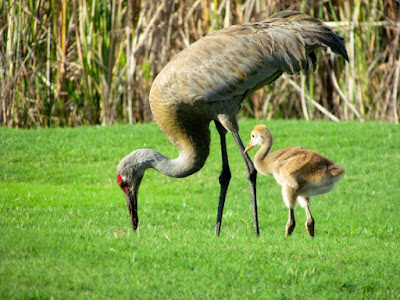 The asshole who coined the phrase Fillet Mignon of the Sky should have a royalty for it, to be used for their propaganda trial, whereby found guilty they should be hung and crows pick over  their remains.

We had Sand Hill Crane which is billed as the Fillet of the Sky, but this is the first honest review as all things are here, as the rest of the information on the internet is bullshit. I suspected from the beginning that this was some game and fish ruse to sell licenses to people who like killing things, and as people can no longer afford waterfowl stamps, the gopher wardens decided to pluck a few more dollars from the decoy killers.

The problem is that other dipshits are using the Fillet of the Sky for things like doves. Doves are not Fillet Mignon......more like pate really as all of the smaller birds are like partridge etc... in a rich, smooth, concentrated meat, with an enhanced gamey flavor.

bigskyfiletmignon.com/category/default/
Filet Mignon With Green Beans And Mashed Potatoes Here is a different spin to put on a filet, and it looks pretty good! And I'm sure that sauce would go well on most sides too.

Our fillet was from my brother who shot several while hunting and decided to share. The mother ate some a year ago, but I doubt that is what killed her. She was oblivious to what it was and ate it, as she basically ate anything and had no conception of what things should taste like.

The best directions I found on crane was to soak the meat and drain it, until it stops being red. Meaning get the blood out and then some. I used a salt water bath in the fridge, and changed it to get to something that seemed bloodless.

Suspecting I was being conned, I made a marinade of brown sugar, apple cider vinegar, balsamic vinegar and pepper. That corning lasted 4 days, and I was left with this ghastly fluid that looked like more blood leached out.

For cooking, I grilled the breast meat, after splitting the breast fillets. The meat was dark red, and looked semi corned. It had zero scent and I was off to seeing how this meat really panned out.

I do not eat things rare or raw when it comes to wild things, as I never know what the hell is in that meat for parasites or disease, so I gave the fillets 5 minutes to a side, more blood potion drained out, and I brought them in hot.

You have to understand that people now are shit for tongue assholes, as the reason they like lobster is it has no flavor. That is why Angus beef is big, as it has zero beef flavor. As I was gnawing on that crane, which I did not have any problem with it rolling up in cooking as they said, I found I was dealing with a fine grained, liver like substance, like goose.
It smelled like charred duck, without any duck flavor and in that I said to TL, "This tastes like beef which has aged too long", but that I mean it had an off flavor like it was starting to rot. Nothing big, but just a hint.

I knew the meat was good, but both our stomachs were reacting like, "What did you just feed me". Mints helped.
As we were finishing up, I said to TL, 'You what this tastes like is the goose breast pepper sticks that he brings home, that have that weird flavor like they are rotten". TL agreed. Near as I can tell is that while grilled duck and goose is fabulous, that when you smoke goose in pepper sticks or bbq a crane, it just does not match, like pork does with hickory wood smoke that is delicious.


So we survived the crane incident. I honestly will never look forward to a meal again. If I was hungry, yes I would hunt them, but I like looking at the things better than eating them.

Are they fillet mignon of the sky? Not in the least. They are a rather tasteless meat which would appeal to nimwits, with a hint of meat going bad. I know that duck and goose are an acquired taste and I love eating goose in all of it's sour flavor, but the best part of the crane was the brown sugar marinade and Bullseye BBQ sauce. I would have used Heinze 57, but I could not find the bottle we got for this crane adventure a few weeks ago.

This was far too much work for this meal which was unsatisfying. For me, I say leave the cranes to be looked at, and drop waterfowl license fees so people can go out and harvest one Christmas goose to suffer through, as I just did not like the thing, and it reminded me sort of like South American Muscovy duck in, they are like eating an off tasting turkey that you just can't get used to.
In that, that is the best way to describe crane in it is like turkey, not in flavor, but it is something you do not want to eat every day and if it was not injected with all those poisons it would not have much flavor at all. Real turkey is sour tasting and tougher than hell. That I would eat again, but crane is something I am glad to be putting behind me as I believe God made them for looking and not eating.

That is the only honest review online about Sandhill Crane meat. Most people couch their experiences with "it ain't bad", and that is the fact, as it ain't coot, carp or some of the other things people eat like sushi that is not fit for humans, but it is a bird which should be left to do crane things, so wounded birds to not peck the eyes out of dogs as these are some lethal birds.