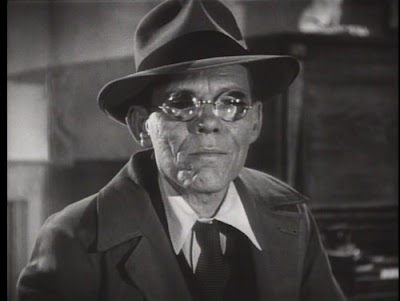 As another Lame Cherry exclusive in matter  anti matter.


I had to share this story about the Uncle and something my cousin said to me, as she is really someone I am pleased we have gotten to know.

See Uncle has been unsteady on his feet for sometime and is the reason we have been looking in on him for the past two years, to just make sure he was not laying in the yard all night.

So we have been checking and I simply could not figure out where the grass was coming from in his house. It was like, "Was I bringing the stuff in or were other people there, or what was going on?"

It all came to light in I looked down this past week at his entry door, and there was a spent shell casing. I knew that was not there and did not come out from under some rug. The Holy Ghost then had it dawn on me, that Uncle was the source of the grass and mud, in he had been walking around outside.

I mentioned that to his daughter as good news, as it meant he was doing a whole lot more than anyone knew. It fit in with his first statement to TL and I, in "I guess I got em fooled".

That was amusing to me, as his daughter then told me that last year, he was telling her in his "pendulum swing" walking that he had noticed a skunk around his garage with 5 little ones. His son has been stoked about smelling skunk down there. Well that was the reason, and the reason he was smelling skunk it was wet and that odor lingers and comes out in humidity, but you can not tell him that, only let him buy cage traps and talk about that skunk.

So anyway, the daughter said, "Uncle pulled  out his gun and shot the mother skunk. Then he shot 3 of the babies in one shot, as one of them crawled under the shed, and he shot another one the next day".

She was puzzled and asked, "Dad, what happened to the skunks as they weren't by the shed?"

The guy could barely walk, wove around like a pendulum, and he was out shooting things and burying them. It just made me laugh, especially since you think he can't see, and he sees a whole lot more than what anyone gives him credit for. That shot from the house to the shed is 50 yards. That is one blessed good shot at skunk sized targets and I should know as I missed a woodchuck earlier at 30 yards in that same yard.

Uncle though was upset that he only got 3 skunk kits in one shot. It is a great shot to hit one, with open sites, and he hits three, and was still complaining.
I  should have told him, you were still up two shells to the good in "wasting" another shot on the one the next day.

My Grampa could shoot more than the breeze too. He was as good a shot as Annie Oakley. My Uncle was a Marksman in the Army and he was the best shot I ever witnessed, and he still could not shoot as good as my Grampa. My brother and I are better than most people at shooting, but I see Uncle is as good of shot as they come too......even swaying like a pendulum, not being able to walk, and needing glasses to read.

I should be that fortunate.