Time for a Trump Remedy 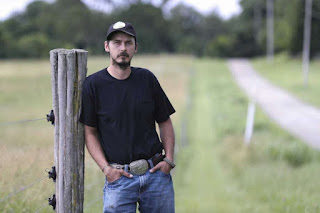 
I honestly hope that the Trump Interior Department is successful in removing those goddamn grey  wolves from protective status as they are murderous creatures which Teddy Roosevelt wanted exterminated, along with  mountain lions and bears from the United States in favor of useful animals.

In reality, the facts of what predators are is not the fallacy which Americans and their wildlife have been slaughtered over in the past 50 years when the regime answering that communist call to weaken America at every turn, unleashed the propaganda of animal rights and endangered species.

It was Richard Nixon who was the conduit of this in the moving of the EPA along with directing the removal of strategic poisons to check this vermin at source in rural areas, with that necessary device removed, the United States developed a metastatic cancer which spread to every corner.

The necessary remedy of control in cyanide, strychnine, 1080 and Durafan removed from over the counter sales, what was the effect was slaughtered bambi and lambs in burgeoning numbers. Nature responded not in stockpiling predators, but when Florida banned foot hold traps, a new disease appeared in distemper in raccoons which spread across the United States.
America would produce the a wave of germ warfare, and the carriers were large predators in mange, rabies, distemper, endangering  everyone.

What was the Disney fiction enabling this attack upon America, was that the Bald Eagle was a national symbol which only ate fish. The vulture only ate the dead. Horned owls only ate skunks. It was all backed by 15,000 dollar fines which criminalized Americans for defending themselves or spend 6 months in prison if they are poor.

I remember the first vulture I ever saw. I was driving along and there on my neighbor's wood fence post was this big damn bird. I had to look twice and said to myself, "That's a vulture", and by God it was.
We never had vermin like that, but from that first one, we had several, and now there  is a constant flotilla of them soaring overhead during calving.

In Kentucky they have flocks of 60 of these murderous fiends, who bait baby calves, pick their eyes out to blind them, then with razor sharp beaks skin them alive as they are eaten alive.


There are permits available, but when you think about it, how goddamn ridiculous is it, that if you were raped, you would have to first contact the federal government to pay a fine of 100 dollars to defend yourself.

This is just another one of the hemorrhaging epidemics of genocidal stupidity which Donald Trump should be rolling back in the defense of Americans, instead of making note of what he removed, as there is a live germ warfare war unleashed on Americans in fang and claw, and it is certain death.

Special federal permits, which cost $100 each, are required before a person can kill a vulture, and the permits must be renewed each year.
In 2015, the Kentucky Farm Bureau began buying the permits through a partnership with the U.S. Fish and Wildlife Service and offering subpermits for free in limited numbers to eligible applicants.


All of this will be rolled back in returning the arms of the Constitution to the American Citizen, in to keep and bear arms, includes the most lethal remedy in poisons, traps and guns to end this epidemic which was put into Pandora's Box in the 1930's eliminating the scourge, but unleashed in the 1970's and in eagles to vultures to wolves to mountain lions created the fanged pandemic of today.

It's time this President started acting like Lt. Colonel Hal Moore of the 7th Cavalry in not abandoning the people he led out onto the field. These are enemies domestic in predators unleashed by enemies foreign. It is time the lamb, the calf and the fawn, graze upon the grass fertilized by the remains of the lion, the wolf and the vulture.