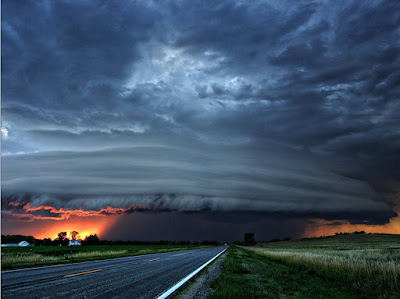 In reading Prophecy in the Bible, people jump to the simplest conclusion in everything happens at once and leave it at that.

The Holy Ghost led me to the Prophet Joel this last of August 2019 AD in the year of our Lord, for a reason the turmoil is in the Mideast yet again. The Prophet Joel though is just 3 chapters, and it begins in chapter 1 with a call to be aware that a great nation has overrun the Promised Land and there is a great drought or a reason the land is burned up.

6 For a nation is come up upon my land, strong, and without number, whose teeth are the teeth of a lion, and he hath the cheek teeth of a great lion.


Place in these verses is the time of this great burning.


15 Alas for the day! for the day of the LORD is at hand, and as a destruction from the Almighty shall it come.

It is the Day of the Lord. Joel is speaking about the End Times. Listen though in chapter 2 what Joel predicts. What preceeds this is the great fire upon the earth. God then moves to calling for people to stop sinning.

1 Blow ye the trumpet in Zion, and sound an alarm in my holy mountain: let all the inhabitants of the land tremble: for the day of the LORD cometh, for it is nigh at hand;
2 A day of darkness and of gloominess, a day of clouds and of thick darkness, as the morning spread upon the mountains: a great people and a strong; there hath not been ever the like, neither shall be any more after it, even to the years of many generations.
3 A fire devoureth before them; and behind them a flame burneth: the land is as the garden of Eden before them, and behind them a desolate wilderness; yea, and nothing shall escape them.


This is the verse which stands out in chapter 2.

28 And it shall come to pass afterward, that I will pour out my spirit upon all flesh; and your sons and your daughters shall prophesy, your old men shall dream dreams, your young men shall see visions:

This is Pentecost after Christ's first coming. Are we to then conclude the Day of the Lord has already taken place? The unInspired would, but the matrix is a river of events. There are precurser events like World War I and then World War II. Israel in the Lost 10 Tribes would be exiled, but that event will happen again for their ancestors in the Americans and the western Europeans.

Prophecy is a poetic, surging, figurative, literal time flow which echoes past events and brings form to future events. That is why the Prophet Daniel sees Beasts in the empires of the earth coming up as individuals, but he also was  shown a statue of melded metals in one form. In Revelation, the Beast is a melding of all the figures of past empire.

In chapter 3, are the verses the Holy Ghost brought to my attention. For our time line, the Prophet Joel has spoken of events in passing around 3000 years ago. Pentecost was about 2000 years ago, but that does not mean that Scripture in Spirit is not conveying echoes of events which might appear.

Chapter 3 begins with a description of Armageddon.


1 For, behold, in those days, and in that time, when I shall bring again the captivity of Judah and Jerusalem,
2 I will also gather all nations, and will bring them down into the valley of Jehoshaphat, and will plead with them there for my people and for my heritage Israel, whom they have scattered among the nations, and parted my land.

The verses I was given are the children of Judah have been sold, and in this time the Judahites will sell those who sold them into the Arab's hands and a people far off. God will restore all 13 tribes to the Promised Land, but in this period before Armageddon there is a selling of nations, and this is the event which triggers the Eurasians to appear for the last great battle.


8 And I will sell your sons and your daughters into the hand of the children of Judah, and they shall sell them to the Sabeans, to a people far off: for the LORD hath spoken it.
9 Proclaim ye this among the Gentiles; Prepare war, wake up the mighty men, let all the men of war draw near; let them come up:
10 Beat your plowshares into swords and your pruninghooks into spears: let the weak say, I am strong.


In Prophetic events, there is so much reckoning, whether it is Christ being born or in empire's rising, that the time line is like bubbling magma, in once displaced other echoes appear and time lines merge, distant calls of Pentecost surface over thousands of years events meld, and other events are drawn in, and this is what is recorded as Prophecy in this emotional surge.

Nations or peoples being sold. That is what sets off the great battle. That is what the Prophet Joel was shown by the Holy Ghost.