It is always the same 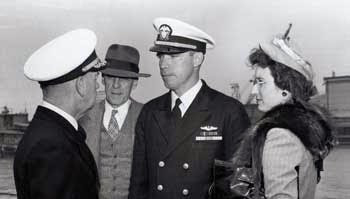 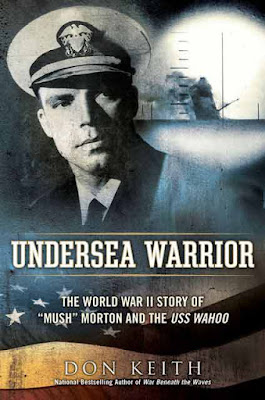 I remember a number of years ago, a woman who was named after Jackie Kennedy and fixated on the Kennedy's in reading the memoirs of Teddy Kennedy, that I thought, "What the hell can you learn from being a Kennedy, but being a lying crooked whore".

I am a firm believer in Biblical Proverbs in only keeping company of people of character, because you can not learn a blessed thing from morons or self centered assholes.

In World War II, a rare type of humanity appeared, both in Germany and the United States, fittingly as both were of the Saxon race, in the submarine commander and crews. One of the best was Commander Dudley Morton of the USS Wahoo, who was the terror of the early Pacific war in moving against all odds to begin the strangulation of the Japanese empire.

There were a certain breed of leader who were successful at not getting killed or killing more enemy before they got killed, and that was Commander Morton. His nickname was Mushmouth or Mush for short, due to his mouth, but this hunter of the sea, had a knack at finding Japanese convoys, making his faulty General Electric torpedoes do some damage, and somehow make it out alive from organized depth charging.

Morton literally pioneered a number of techniques in warfare which went on to teach some of the best Naval hunters America produced. His protege in Dick O'Kane, commanded Tang, and before a faulty torpedo downed his own ship, O'Kane picked up where the dead Morton left off in shredding the Japanese convoys. 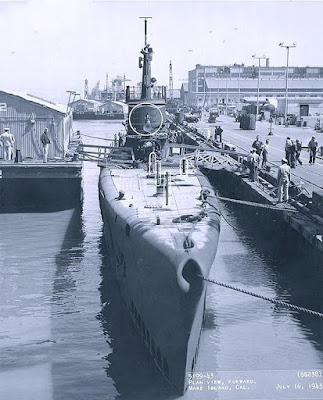 The following is what Mush Morton pioneered. It may sound simple, but it is the same tactics which General George Custer utilized in the Civil and Indian Wars in cavalry charges. Custer was mocked by detractors in making mad dashes. Custer never made a mad dash in his life. In every instance, George Custer evaluated the battlefield for his operations. He studied it, found the enemy's weak  spots, and exploited them in rapid movement in a furious attacks which drove the enemy back.

General  George Patton would typify this as would Erwin Rommel in World War II on land in great battles. For Commander Morton though it was just him, his ship, and a heavily armed Japanese convoy who still believed they were invincible.

The principles were easy and yet few mastered them. They are though the lesson in life for everyone no matter their situation.


Out thinking the enemy.

The cold evaluation of chances.

The knowing it is time to withdraw.

In every event in life, you have to as Christ said, take stock of the costs to build a house before you start and then can not finish because you do not have the money. You have to evaluate your chances, whether in love or in business of the reality of war, and in those realities find a way to not fail and to come through alive in your objective as the other person is the one not the succeeding.
This is not about cheating or criminality. This is about using every edge you have in finding ways to make the rules favor you and not the competitor.

Once you make your decision, you go in all the way and never look back. You can not question your situation having already jumped off the cliff. You must give 1000% and only accept victory as there is no other alternative.

The last advice is mine, and that is from instinct and not Mush Morton, as in combat, you have your orders to complete a mission and many times you do not have the luxury to withdraw.
In those situations though, you have to have a feel for the events. I am not talking panic or fear. I am talking that rare trait which some people some people have in they become more calm in the most violent or catastrophic situations.
A comrade of Dudley Morton in Edward Beach, once noted that in a crew, you just never knew who was going to be the one who rose to the occasion. In most cases it was not the brave one, the one you would figure you could depend on. Some people are just good under fire and some never meet up to what you expect. That is why the military over trains people, because training overcomes a great deal of human weakness, but there is nothing that can be trained or taught, than the feel of an event. Either you have it, just like there are some people who just seem to survive in combat while others find ways to die, that you have to be aware always in what you are doing, when it is time to change tactics and move to another in order to gain the upper  hand.

If you saw or you can see by Dudley Morton's pictures, that there was nothing about him, which you could pick out and say that the man who would be an ace convoy killer, and yet there was something in him which was just that.

His lessons though, like the lessons of George Washington in perseverance should never be lost in their passing, because these were people who studied the success of others and were focused to achieve success and indeed did.

You can not learn shit from an asshole. You want to learn how to get your best chance and odds in life, you study the people who are winners and that will up your chances, instead of being one of the many shoveling shit in Louisiana while those who found a way to win, left the shovel behind for those whose mental capacity deemed that to be their Obama pay scale.