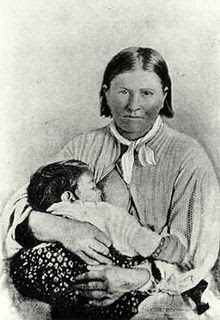 
As someone who has suffered through several episodes of extreme psychological abuse and torture, and survived intact, it provided me insights in the field of founding Forensic Psychology,which has always been a fascinating study of animal behavior or misbehavior, not in experiments, but in the existing in life of any creatures in how they respond.
People are part of this, a great part of this as while they do sort out into groups, there are random fliers, and more to the point in viewing American society at present, there are tens of millions on the left who are functioning sociopaths of Spanish Inquisition secular judgments  and condemnations of races according to groups, and it never occurs in these liberal scarred psyches they are reacting in the same power structure as others have who condemned segments of the population, due to their rejecting or being rejected by them, and choosing left brain analogies.

In the study of SC Gwynne in his narrations of Stinker Parker, AKA Quanah Parker, the Comanche half breed, on his pages in the chapter of the White Comanche Queen, he states things which are as primitive as the savage terrorists and apparently has zero comprehension of his judgments in how puzzling they are.

To set this up, Cynthia Parker had been kidnapped by a Comanche terror group, which murdered numbers of her family, before her eyes. The little girl was 9 years old, and in typical Indian reality, the terrorists used a perfected MK ULTRA mind control on captives. It involved key areas:


All of this was perfected in children and women were beaten savagely. Adult females were amazed infants and children would survive the blows. The women were gang raped. There was in addition, depravaiton of sleep, food, water, security, comfort, which would continue on for 5 days, until arrival at a main Indian camp.

This was all effective on women who would then submit as slaves and not run away. For children, who were adopted into the tribe, their adoptive mothers treated them well which cemented an advanced Stockholm Syndrome, where the children would defend the terrorists who had been raping their female kindred or torturing their male kindred. It was textbook in so traumatize a human, that to keep from visiting that trauma, they would side with the terrorists.

Cynthia Parker after her brainwashing, was housed in the tribe, where she was desensitized to all morality. Her  life was sharing a fat, lazy husband with another wife, which she deemed "love' as he was not Comanche to her as Comanche were to outside women.
In a situation of literally early death work of butchering, tanning, wood collecting, packing, Cynthia Parker became conditioned to her "freedom" which was open spaces and attached to her children as the only outlet she had for her "humanity".
She had to erase her "white", because  white was the frenzy of the tribes in she did not want to associate with Caucasians, who were always blamed  for bringing disease or  raids.

Even in this SC Gwynne falls  into the white race condemnation in bringing in diseases as some lamentable tragedy, when in the same pages, Gwynne relates the fact that Indians were FILTHY in having zero hygiene.

Where did cholera and small pox arise from? Cholera from filthy Ganges Indians and small pox from filthy Europeans, as much as the Black Death in rats. Cleanliness is next to Godliness, and the reality is filthy people who did not wash, caught disease, transported by filthy people who did not wash. An Indian camp was moved often, because it was a shit hole. The dogs shit in the village and people shit in the village. It was a horrifically unclean reality. An Indian was a living petre dish waiting to grow plague. To blame Caucasians is a racism which is ridiculous. If Indians had more balanced diets, other than meat, they would have been more fertile, and would have bred to numbers beyond the few thousand to the millions, and once that took place, the American Indian would have been cropped by new plagues as lethal as small pox or cholera of the Eurasian races.

Cynthia Parker was rescued by Texans and Federal troops on a punishment raid for a series of brutal rapes and murders. In one case a 9 month pregnant woman, was gang raped, scalped from  below her ears to the top of her head, in which she was  left for dead, survived 3 days to tell her story, birthed a still born child, and  then went to her Christian peace.
The Comanche were already moving and Parker with her husband who had been behind the last notorious raids in Texas, were caught. She showed the Ranger her breasts and screamed AMERICAN AMERICAN, which saved her, as he rode down her husband who attempted to murder this future Governor of Texas, who shot him dead.

Cynthia Parker though was a wild animal, She was taken back to civilization and her family, whereby she kept trying to escape to her two boys who  had escaped. Even in this Gwynne misses the psychological narration of Cynthia Parker to save herself gave up being defined as a Comanche. Her husband  rode off leaving her to be raped and murdered if that was the case, and no one mentioned to Cynthia in her yearning for her cherished sons, who she kept cutting herself  for, that the half  breeds  did not rise up and try to defend their mother and baby sister who was not weaned, but rode off to save themselves.
That is no different than any buck deer running for his life and leaving the does to be eaten alive by wolves. There is zero morality or chivalry in these savage aboriginals, and no one has ever made that point clear.

Parker was passed around to relatives as  she was like a animal always trying to escape,  in having to be tied up or locked in. It was  not until later that she made the effort to regain English language, but that was not until an episode is recorded by Gwynne where her relative enlists a former Comanche captive to translate as he does not want to go back to the Civil War as he was wounded, and for this Gwynne condemns him.

For Cynthia Parker though her narration appears in her speaking Spanish  and Comanche, to the former captive named Coho Smith.
Smith upon telling Parker Ewunee Keem or COME HERE, had the wild animal flying to him, and then we discover who Cynthia Parker  is, without comment or condemnation from Gwynne as it apparently never enters his liberal thought process which appears constantly in the book to condemn Christians, Whites and Texans often enough, that he misses what bargaining Cynthia Parker is offering.

When Smith relates he wants no part of helping a deserter and this woman to flee to the Comanche, Parker begins negotiations to tempt Smith past his fear of being hanged.
When Smith states no horses are available, Parker counters that horses are first rate there and not to worry about horses. Translation, Parker is going to steal horses from Americans, which again is a hanging offense.

Onto this to tempt Smith like Jesus being tempted by satan, Parker offers up all the horses he would want, apparently from the Comanche.

Then this moves onto Parker offering all the girls and women he would want. Translation Parker is offering pedophilia and Comanche women as slaves in exchange for her freedom. That is extremely distasteful.

10 guns, ten horses and 10 women follow as the last negotiating point, all translated as stolen property or enslaved humans for Cynthia Ann Parker.

Coho Smith left the scene as the male Parker, found his way to Illinois and not the Comanche.

Cynthia Parker was then given a payment for 5 years to help her out by the Texas legislature. She obtained he own home and began working. Then Gwynne slips back into his left brain narration of her daughter dies of influenza or something and  the squaw gives up. The giving up part too 5 years, and numerous White children died of the same ailments in Texas and White America during this same period.

Finally, Gwynne records the Comanche charge that the White men broke Cynthia Parker's spirit and she died.  The year was 1870 AD in the year of our Lord, She was born in 1825 in the year of our Lord, so she was 45 years old. She had endured in harsh labor and existence on the open plains with the Comanche for almost 25 years. In an age when horses died at age 8 from being worked to death, the reason Cynthia Parker died was not having her spirit broken by white people, but due to the fact that her best years were used up by the Comanche as a slave to their whims. She was an old woman beyond her years at age 33 and when rescued, she was so covered with grease, dirt and blood, that no one could see she was a Caucasian.

So the legend of Cynthia Ann Parker continues, now assisted by liberals who still hate Christian Caucasians, but now with the information that Cynthia Ann Parker was willing to steal American horses, which would mean the death of the owners as they needed them to survive, Parker was willing to sell all the women she could for her return and she endorsed  pedophilia of children, along with terror plunder which had pregnant women gang raped to death in those Christian family goods.

Not one hesitation nor remark in this narrative from award winning SC Gwynne on those realities of what takes place in a human which has been psychologically raped as a child and turned into a Daughter of Canaan.

Judgment is for the Lord Christ as that is His Office, but there are laws of conduct, and there are realities of forensic psychology which never enter into the liberal condemnations  of others or the sermon on  the mount ridiculous assertions by Indians always blaming White Christians for the Indian nature which today is still in mass voting for communists and socialists in the United States.

Once again another Lame Cherry exclusive in mater anti matter.