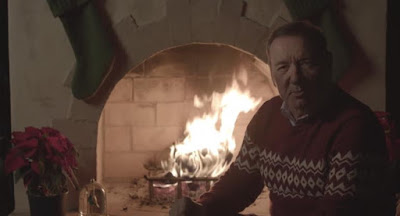 
Three innocent people who took outstanding courage in publicly accusing the pedophile Kevin Spacey of assaulting them are now dead. 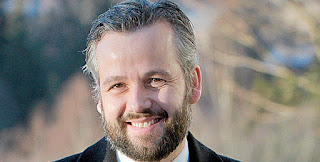 Ari Behn -- who was married to Norwegian Princess Martha Louise for 15 years -- accused actor Kevin Spacey of groping him under a table at the Nobel Peace Prize event in 2007. On Christmas Day, Behn took his own life.
"It is with great sadness in our hearts that I on behalf of the very closest relatives of Ari Behn must announce that he took his own life today," Behn's manager Geir Hakonsund told Norway Today. The Royal House of Norway adds that Behn "was an important part of our family for many years, and we carry warm and good memories of him with us."
Interestingly enough, Behn is the third person who accused Spacey of sexual abuse to have died this year. As the Washington Examiner explains, back in May, Linda Culkin was killed when she was hit by a car in Quincy, Massachusetts. And in September, an anonymous massage therapist who had accused Spacey of sexual misconduct died "in the middle of a lawsuit against the actor."

Linda Culkin and an anonymous therapist, preceded the death of Ari Behn, part of the Norwegian Royal Family, but what is significant with Mr Behn is that Kevin Spacey produced a heinous and terrorist video Kill Them With Kindness, in the days befoer Mr. Behn committed suicide.

To not mince words in this, Kevin Spacey sexually assaulted a number of innocent people. Two of those people died under circumstances which in a Jeffrey Epstein Mosaad pedophile world, could have been accidents or assassinations. Mr. Behn felt violated enough, and was moved to attempt to protect others who were being violated, that he courageously spoke out. It is evident that the stress of life had this assault victim on the edge, and people on the edge do not need celebrities who assaulted them putting out videos encouraging that people be dead, and done in by kindness.

To legally assemble this, Kevin Spacey assaulted someone. People died who accused him. Kevin Spacey produces a threatening video, and then a third person dies, by apparent suicide. Putting so much psychological pressure on another human that they kill themselves is absolutely no different than Kevin Spacey walking up to Ari Behn with a knife and slicing him from ear to ear. Dead is dead, whether it is by Kevin Spacey bullying someone he assaulted who is psychologically depressed to Kevin Spacey like a Muslim terrorists charging down the street in a car and running people over. All are deliberate acts which resulted in the death of an innocent person.

This is not manslaughter. This is first degree homicide. It was a deliberate act produced with macabre fires burning behind an eerie Kevin Spacey, looking like the Grim Reaper.

This blog calls upon the United States Attorney General to direct the United States Attorney's office and the FBI to begin an investigation into Kevin Spacey, present the damning evidence to a Grand Jury and indict this bully on first degree murder charges, of at least one count, if not three counts, because the reality is, innocent people who had contact with Kevin Spacey are dead. This pedophile sexual deviant disrupted those people's lives. It is the Butterfly Wing Effect in if Kevin Spacey had not disrupted their lives, they would have been engaged in other activities which would not have had them run over by cars or however else the innocent have perished.

https://www.usatoday.com/story/news/nation/2013/10/15/florida-bullying-arrest-lakeland-suicide/2986079/
Oct 15, 2013Florida officials have charged two girls, ages 12 and 14, with felonies for allegedly taunting and bullying another 12-year-old girl until she committed suicide. Such criminal charges are extremely rare, although the problem of bullying and victimizing other teens is an age-old one.

In this age of Jeffrey Epstein, it is time for the United States Courts to begin protecting the innocent.
There are three fatherless children of Ari Behn, and all of this took place after Kevin Spacey advocated KILL THEM WITH KINDNESS.

Behn married Princess Märtha Louise on 24 May 2002. Behn remained a citizen and held no title, royal status or special privileges during the marriage; since 1814 Norway has no nobility and no concept of commoners, only citizens. They had three daughters, all of whom are also untitled citizens: Maud Angelica Behn (born 2003 in Oslo), Leah Isadora Behn (born 2005), and Emma Tallulah Behn (born 2008)