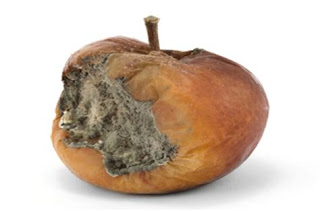 As I type this on the anniversary of the mother's being removed by God from this world. I am coming to a conclusion or conclusions about them, concerning the Uncle.

The reason I am writing this, is he was invited to his girlfriend's house for Thanksgiving. When we got there, he was back already, as we had made dinner and brought over a tray for tomorrow in a snowstorm.

That is what I have discovered with old people in, my siblings all left the building, sticking TL and I with the mother, and I got involved with the Uncle as I did not like his children in a clique with my sister, trying to stick the old guy into a nursing home which would have killed him.
Our problem is we took too good of care of the old guy, and he got better.

In stating that reality, I got my ass chewed today in a new way. He attempted to leave a note telling us he was over at the hot mama's house. He got back, so the note was not necessary. Apparently HM is not in favor of dishing out leftovers as she shared none, or she had pot pies for all I know.
Gets bad when your squeeze is trying to starve you on the hoof in not wanting you around.

So I start getting the grilling about our number if it is right. It is right. He tells me he called and  our phone does not work. He tells me dialed the area code, and still no phone. So he is yelling at me about things and my eyes are not that good from writing this blog for non donors for too many years, and TL pushes send.
I am still being yelled at.
The phone rings, I hand it to him, He hears it and to that he says, "I don't know what I did".


We get home, and there is his number showing on caller ID.

Maybe it is as his daughter always says, "A sign from God". He called all over the place that morning and it all worked, but when it comes to me, nothing doing. I am pleased as I did not want the call in the first place, but I got my ass chewed for someone else dialing wrong, several times.

As the roads will be blocked we won't be going over, and no one else will either. He it too cheap to pay to have us scooped out, and when he said he had someone to do his drive, I replied, "Well he ain't scooping my driveway out". That ended the conversation in checkmate.

It all comes down to the big conclusion. No one wants old people around. They want their money, but no one wants to have them crimp their styles, unless you are like the Viking and Sandy, otherwise, I made a bargain, and in this bargain the rules changed and Uncle things we are hired Niggers who have nothing else to do and his children appear afraid of him in not telling him how things would be.

That part I do not understand as I read the riot act to the mother. She could not bluff me. Lie to me, try to manipulate me, but I asked her a straight question and by God I better get a straight answer.
As for the old man, he held the cards, but I told the mother to stick him into the home as I was not dealing with that prick. He died young in a life of indulgences, but if he would have been Uncle, I would have said:

Listen up. You make your goddamn decision in your either going back with me or you are going to be on your own and when the social services comes to commit you, the games over. Now get your goddamn bags packed and get in the pick up as I am through with this shit!!!


As you can see I give alternatives to people when I am pissed off in they are going to do what the hell I said. PERIOD.

Uncle is now on the short leash. He is pissed as he does not have complete control. No one wants a geezer around, and that includes him. No one wants the bother and that might be sinking in. He made this damned problem by paying us like Niggers and not offering to help out with transportation. Now it is only a matter of time that the children get what they want in the authorities ordering him do things their way. His daughter is a gem in being nice and accommodation to him,. Geez if I was old and my kid had a mansion and all I had to do was what I wanted, that is good deal, compared to a geezer home. You can't tell old people that though. In some ways, I get tempted to tell the old boy the way things are going to be, and if chews my ass, I ain't listening, and will tell him your ass chewing ain't changing anything and it going to be my way as that is the only way.
Do not want that position though as stroking out a geezer is bad medicine.

With the weather though, it is my decision now in I decide when I can travel, not him, and his family knows this and he knows this. I just pray God works it out, and I do not get my ass in a sling, because his games have been horse shit and damned disrespectful of his daughter and of us.

I just need a vacation from the stress. I am not like the others who are flight risks and will be judged for not honoring their parents. I honored mine the best I could and am honoring the Uncle, but I don't ever see me doing this again, unless there is a contract, a pile of money and an escape clause, as I understand why people get educated about old people in not liking them, because their children will not take care of them 99 times out of 100 and the geezers just do not appreciate things, get frustrated and end up chewing the asses of those who are the only allies they have.


I tell you one bad old folks really taints the entire barrel, and for some reason I got stuck with three that were rotten to the core. I still do the right thing, but God help me not to be a son of a bitch when I do get old, as people just do not deserve that who are trying to help out.