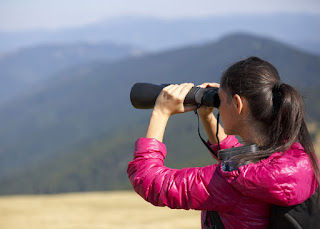 I am going to give all credit to Lisa Vaughn of Red State and Dan Bongino for the information here, so Homeland can interview them, as I know nothing of  this. 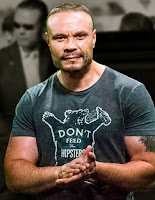 Recently, Bongino interviewed Rep. Devin Nunes (R-CA) whose investigative work, particularly in 2018, (along with that of John Solomon and Bongino) did so much to uncover the activities of the FBI in 2016. During the interview, Nunes said that, at a certain point during their investigation, he and his team began to track Bongino because they couldn’t believe the information he managed to obtain. Nunes said his team would receive classified information and Bongino would be simultaneously telling his listeners the same thing.

Do you remember that Lisa Page and Peter Strozk "freaked" in texts that the stories they were leaking, were being leaked by someone else to the press and they were terrified those better informed leaks would expose them?
Remember in this that Devin Nunes was being provided information out of NSA, and Dan Bongino was being provided with the same information which was so secure, that Nunes began investigating Bongino. NSA Director Mike Rogers was who Devin Nunes was speaking with. Someone beyond Mike Rogers who was privy to the entire Pissgate frame up of Donald Trump before it began, was involved in the phreaking of Page and Strzok and filling in Dan Bongino to drive the media to the exact course as this counter intelligence operation was designed for.

It is interesting that Dan Bongino has launched his own Alt Drudge website, and it is a very nice site. That appears like a reward for services rendered.


This though is about the Obama regime's Cloud which it created. You remember Obamacare in how that site crashed with all the Curry Nigger programmers employed to cut and paste on the site so it never worked? The Cloud though that Jeff Bezos an intelligence asset whose fortunes soared under Obama in the most interesting promotion of NSA money dumps out of the US Treasury into Facebook to Amazon to provide signal intelligence to the NSA globally, created out of Amazon, was the data base which the US intelligence community was storing data in.

Now you might ask, how the NSA which has data storage facilities the size of Trump Tower buried in several locations, would need data being stored, and that would be a good question, because those data bases can not be compromised in storage without leaving a footprint.

See Obama's political officers had this hijacking of global intelligence designed. The way you weaponize intelligence, the way Stalin weaponized voting booths, is to contract with Amazon, and then produce a mirror signet to exploit.


The short version is Susan Rice created data sheets which were distributed to the Obama political officers and from them, the spying on Trump was opened up. The Lame Cherry is going to inform you that Lisa Vaughn of Red State has it wrong in this is why there is not a paper trail or whistle blowers involved in this Obama weaponizing data. I will explain that after you read the paragraph below explaining a bit more.


“The NSA database, with its large and ongoing collection of electronic communications, can be accessed through the NSA’s cloud,” says one former senior intelligence official. The NSA can audit it and find out if analysts are violating rules. The NSA does not audit the CIA’s cloud, which is audited by the CIA’s IT people and Amazon Web Services employees who are given security clearances. Says the former official: “There are people in the CIA, the Office of the Director of National Intelligence, and the National Security Council staff who can move information from the NSA cloud into the CIA cloud. That seems the likeliest scenario to explain how Obama officials first unmasked US persons and then shared information without leaving a trail that could be audited independently, or immediately, at every step.


See the way the handlers of foreign born Barack Hussein Obama designed this weaponization is based on how the cartel, that includes Mosaad accesses all American intelligence without leaving a footprint.
It is mirroring of the data.

In this case the NSA under Mike Rogers could not audit who was mining the data, but he was seeing the results of Susan Rice's activity when all of these requests came in from Samantha Power to unmask innocent Americans.
The Cloud was managed by the CIA's Internet Technicians, so Mike Rogers had no inkling the weaponization had taken place. This CIA link though finally sheds more light on why John Brennan has been bursting veins over Trump being a pervert. Brennan was hearing directly from Donald Trump what kind of potty mouth he had, just as Rush Limbaugh eluded to in a program on the EIB. 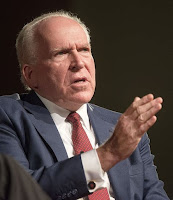 John Brennan revealed what he knew, but he never revealed how he knew, and if he did, this would mean revealing that the data was coming from Trump's television, to his phone to signals bounced off his limo and jet.
That part has been explained, but the real part in this which Lisa Vaughn has missed is why there is not a paper trail, and it has little do with the Susan Rice data sheets.

John Brennan was running this out of CIA in a core group. Samantha Power was the United Nations source who was asking for most of the unmasking. That was explained on the Lame Cherry from the start that she was cover for someone else. Obama, Rice and Power were joined at the hip. Rice was the degree of separation to keep this from involving Obama, Obama and Jarrett directly. Rice in this was receiving the raw intelligence directly from John Brennan's cabal at CIA. Rice simply could not begin requesting or dumping Trump documents into the cabinet or Adam Schiff in Congress, so a cover had to be created. Brennan was showing Rice the already unmasked conversations in this coup to frame Donald Trump. Rice then in Samantha Power's name began unmasking Trump associates. 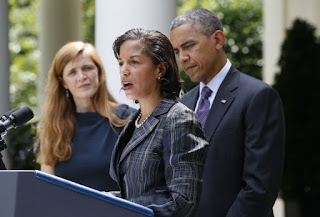 Rice's direct link in this was the DOJ's intelligence attorney in John Carlin who was the conduit that Mike Rogers of NSA was alerting the FISA courts on illegal unmasking. When the DOJ operatives learned that Rogers was investigating, Obama had Carlin try to frame Mike Rogers, who James Clapper and John Brennan then attempted to fire. Rogers sent a panic at the Obama compound, as he started reporting to Donald Trump that Trump was being spied on and wire tapped.


Roger That on Trump Impeachment - lamecherry.blogspot.com

https://lamecherry.blogspot.com/2019/12/roger-that-on-trump-impeachment.html
As another Lame Cherry exclusive in matter anti matter. It is difficult to post on this blog for this holiday season, as no one really reads the blog until about January 8th again, as with New Years, people think, "Wow this is another shitty year of disappointment", and it takes some time for people ...

See there can not be a paper trial, when all that is appearing is John Brennan's IT's or Jeff Bezos' Amazon IT's are the ones whose job it is to review data. Susan Rice reading over John Brennan's shoulder or Brennan dead dropping a list of numbered data to unmask, which is then run through a shredder leaves absolutely no paper trail.

The electronic trail in Obama weaponized data is the NSA collects everything. John Brennan in using the cover of the fictionalized Russian hacking (which was democrat Seth Rich copying files at the DNC and Hillary Clinton's Ukrainian security firm, Crowdstrike lied and said it was Russia) allowed Brennan with Clinton's surrogates expanding the Paul Singer file contracted for Marco Rubio and Jeb Bush, to Hillary Clinton's operatives, who handed this over to Michael Steele of MI6, which was the originator of the framing of Donald Trump for a war with Russia, to legally open an investigation, which brought in the FBI's Peter Strzok looking for a moles leaking information, and in Crossfire Hurricane it morphed into the full framing of Donald Trump.
Once the feckless James Comey allowed that with Bill Priestap and covered it all up from Congress, the gates were open for the discovery phase of all the Rice Power unmasked information, being fed to John Kerry at State, who then dumped it all into democrats in Congress led by Adam Schiff.

If you wondered why Jeff Bezos who tried to sink Donald Trump, suddenly appeared at a meeting with Donald Trump and the Post has been almost muzzled, that is the reason in Bezos was literally looking at a firing squad after a tribunal sentencing as Amazon was handed the keys to the kingdom by Obama for the weaponizing of data.

It also is not an accident that Amazon had a great deal of light shown on it in 2017 when Donald Trump became president. It is called leverage.

The Amazon Cloud Has Not Been Hacked but Two Companies Have ...

https://en.softonic.com/articles/amazon-cloud-has-been-hacked-two-companies-have-been-affected
Oct 25, 2017EDIT: Amazon Web Services have contacted us to confirm that their service was not affected at all. The companies that were affected suffered due to a poor password protection policy on their AWS cloud infrastructures. According to the security group RedLock, a group of hackers managed to breach Amazon Web Services, on the Amazon Cloud.

https://www.gearbrain.com/amazon-cloud-cam-security-flaw-2510026513.html
Nov 16, 2017Just three weeks after it was announced, an Amazon security camera and door lock designed to let courier drivers drop packages in your house when you are away has been hacked and compromised.


This blog has always maintained that Susan Rice had every legal right to unmask people. What she has absolutely no authority to do is conspire for her Barack Obama, providing cover through Samantha Power, for data that John Brennan is feeding her, to unmask innocent people to frame Donald Trump and start a war with Russia.

While I have zero proof of why John Brennan went spazoid over Donald Trump being a pervert. This blog is certain that those who were involved in this counter espionage operation, and made Donald Trump their candidate, were aware of Brennan's psychological profile, and I would not put it past those DIA officials to have told Donald Trump to really perv it up, knowing Brennan would act like a Nun at an elementary school and lose all reality concerning Trump and not crossing the line.

As Brennan hung around Obama who had the scent of feces penis in sodomite rendezvous, what Brennan thinks is perverted is satan knows what. Whatever it was though, Donald Trump put on a performance of WWE theater and Brennan has been seething over it for four years. In forensic psychology, that part does interest me in my research.

US Attorney John Durham has turned his attention to John Brennan's communications. Durham knows the trail is there and I doubt John Brennan left one. He was though joined with James Clapper, and there is a definite IT staff who was reviewing the data, and when John Durham was meeting with foreign leaders, it was that intelligence link which laid the groundwork to review John Brennan as everyone knows now that John Brennan was the Deep Throat in this, and it is going to take more than electronic cock sucking to gain the evidence which may not be there for the crimes everyone knows this cabal engaged in.