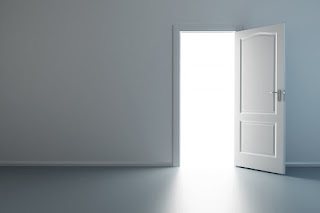 
As a person of God, a Christian, there are rules which are unbreakable, and the first and last one is Christ.

When my relatives were here, in the dealing with Uncle, they get to telling me things they do not tell others, and this time was the Open Door. That would be my vernacular.

The brother and sister on two different paths had reached chemcial spiritual awakening. One through an elixir out of Egypt and the other thorugh vaporized mushrooms, which had opened their eyes to things. Christ did not appear in either experience, and vomiting by the associates appeard in the vaporization process, but as a Prophet and member of the Royal Priesthood, I listened, but I am not my relatives keeper, as they are adults, have had Christian training, and their decisions are their own, as I begin to exritcate ourselves from this sphere as our time is over in the direct assocations.

I have never engaged in any narcotics in my life. I have drank alcohol, at times too much, but even in that I have always been under control and am more sober acting now intoxicated than not.  That is not a license, and I do not intend to continue, but it is here am I, God's and this is a relationship which I will not jeopardize.

The warning in this is for each of you. The relationship with God is I AM THE WAY, THE TRUTH, AND THE LIFE. NO ONE COMES TO THE FATHER BUT BY ME.

There is nothing in this about I am the mushroom, I am the spirit guide, I am the popery. The door is Jesus, and if you open doors through anything else, Christ is not there nor the Holy Ghost to protect you, and there are demons, dark shadows, bad ghosts out there which have agendas which will destroy you.

In Remote Viewing which is a form of open door, the association with evil people in viewing them, does toxify the soul and spirit in people. It requires cleansing. I was trying to tell my cousin about frequencies but he did not understand as the Spirit was there, but it is all about frequencies and in that, is the entire situation of either you are on the God frequency or the not God frequency.

Shamans are involved in a great deal of this chemical spiritualism. So you reflect them, the blank wall of your perceptions and it is a door that closes, and only can open again with more drugts. Using that short cut, does not develop the Spirit in a Christian, and retards it, and it will close that door down and lock it, as God does not allow the abuse of that connection with Him.

What this chemcial reaction in the body does is, produce a birth and death experience, with actual levels of certain chemicals in the body. It is a mimic of the Near Death Experience, but it only lasts for a few minutes. Peyote goes on for hours, but it is the same shamanism which is void of the True Key in Christ.

When God warns that drunkards, gluttons, adulterers, theives, whoremongers will not enter the Kingdom of God, He is telling you about frequencies. Each of those sins, and are sins, are releasing an electro chemical reaction in the body, which is tuning you to physicial. In the shamanism, it is an electro chemical reaction, which altars the brain state, so the soul becomes the conduit in the subconscious and it produces the ill effect of damaging the connection with Chirst to the Father. God does not want a dope head bumping up to Him no more than you do.

So that is the warning, in the jeopardy and the retardation which this old doping meeting new age short cuts works against people. It did not work in Egypt as God chose people who He called out of Egypt who were not doping and God removed the shamans for a people in Him called Christians.

This is once again, another Lame Cherry exclsuive in matter anti matter. There is only One Way to God and this is Christ Jesus.